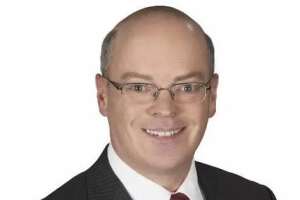 Mike has been a part of the MTN network since 1988. His first day on the job back in August of 1988 was covering a wildfire south of Helena and Mike was hooked and found television broadcasting was his calling in life. August of 2018 will be his 30 year anniversary with the MTN network.

In 1990 KXLF went back to a full local half hour newscast at 5:30 pm and 10 pm and needed a personality with good ab-lib skills and knowledge of weather to complete a full local news team.

Mike is a proud graduate of Butte Central High School and had 3 part time jobs to pay his way through school. After high school he attended Montana Tech working toward business and computer science but found meteorology more interesting. Mike earned his degree in Broadcast Meteorology from MSU in 2002 (Mississippi State University).

Mike actually started his broadcast career well before moving up to KXLF in the late 80s working for KBOW/KOPR radio through high school and was a weekend DJ for KBOW. Here Mike learned how to ab-lib (thanks to Ron Davis), read news wire copy and yes weather forecasts for Butte and SW Montana.

Mike spent a year as the Chief Meteorologist for KPAX TV in Missoula in 1999-2000.

Mike has been a member of the National Weather Association since 1999 and has a NWA broadcast seal of approval.

Mike and his wife Julie have been fortunate to host 6 station sponsored trips to Hawaii, Alaska, Canada and a big trip to Ireland.

You can reach Mike at weather@kbzk.com