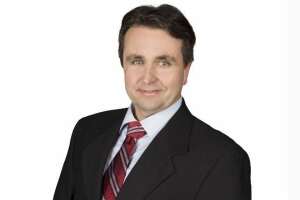 John Emeigh joined the KXLF news team in September 2013 after spending more than 15 years in the newspaper business working as a reporter. An awarding-winning journalist, John has worked for newspapers in the South and throughout the Midwest, covering everything from crime to politics.

Prior to switching to television journalism John spent seven years with the Montana Standard in Butte, where he dedicated himself to covering every aspect of the Mining City. John has had a prolific career as a journalist, that includes uncovering municipal corruption to writing entertaining feature stories.

John is a native of Detroit, Michigan, who grew up in Louisiana, and has a B.A. in Journalism with a minor in history from Southeastern Louisiana University. When not working, John can be found trying to hornswoggle trout from Big Hole River or just enjoying every aspect of living in Big Sky Country. John is proud to live in Butte and aspires to one day earn the privilege of being called a "Butte Rat."