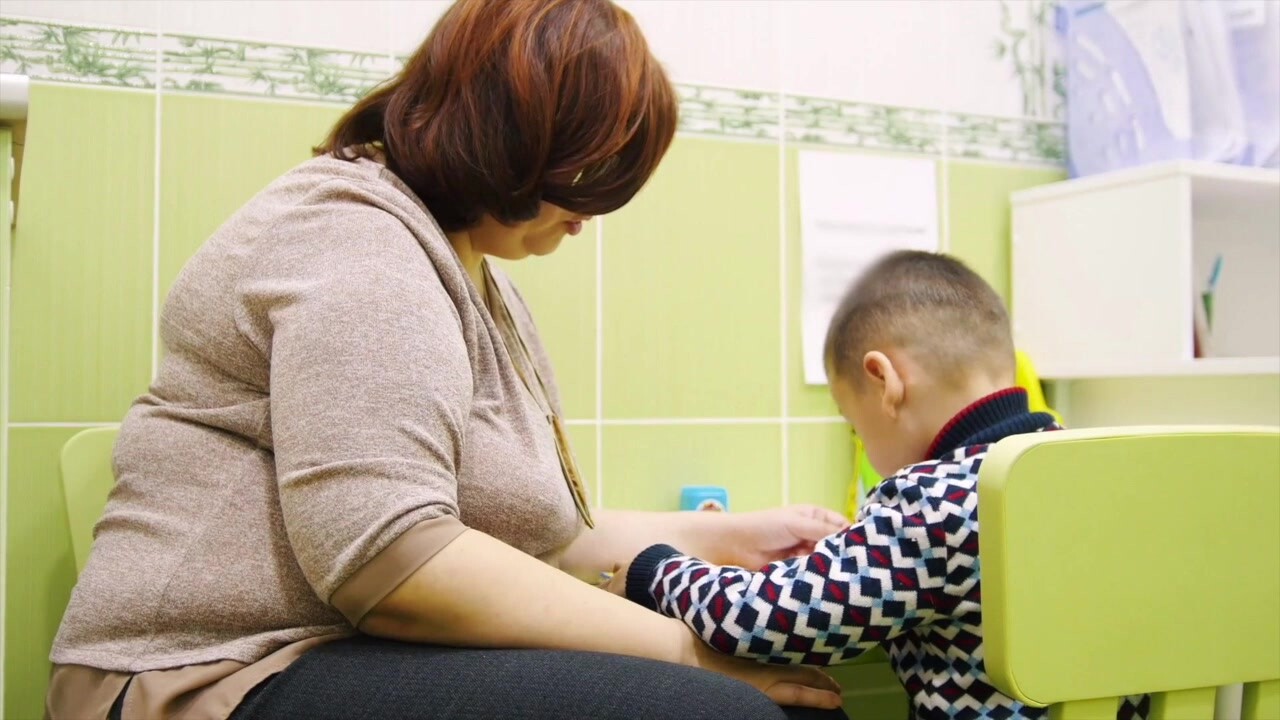 A parent helps her son with school work.

Parents of children with special needs are grappling with uncertainty as the upcoming school year approaches. Many districts are trying to address special education learning while also preventing the spread of COVID-19 in schools.

"My son was diagnosed 8 months ago with ADHD inattentive disorder and this is for a child that lacks focus and has a hard time focusing. I say that it sounds very simplistic but for a child who has the issue, it's a neurological development issue," said Silvina Traba.

Traba says her 7-year-old's disorder has made it difficult for him to learn to read. Right now, he's on a 504 plan, a document under the federal government that helps parents and schools work together to address a child's underlying disability.

Her son is also being evaluated to be on an individualized education program, or IEP, which provides specific learning and special education services for students.

When Traba's son had to do remote learning when schools shut down in the spring in New Jersey, he had a difficult time. At school, there are a number of things to help him learn.

"In a classroom setting there are physical things like a noodle chair that moves with the child or special pencils, a special device put on the desk for sensory processing," said Traba.

Their family tried to provide some of the same physical adjustments at home but found his focus in front of a computer just wasn't there. Traba was told her son wasn't making enough academic progress.

"I'm seriously concerned that not having that person-to-person contact, face-to-face contact with the experts, the subject matter experts, we’re going to be in the same place come next summer where I’m going to be told he’s not really making progress despite having certain things in place," said Traba.

She says the possibility of contracting COVID-19 also has her very scared to send him to school. Traba hopes that however her son's school decides to conduct learning this fall, they pay close attention to special needs children who need more than just a laptop and the right school supplies.

Traba says there's a difference for her child doing face-to-face learning versus on a computer.

"It is extremely difficult. He needs to be prompt and redirected continually to refocus. He needs to sometimes be prompted to take breaks in order to refocus and in person it's much easier for the instructor to notice him trailing off or to be able to redirect him. Sometimes it's simple like a physical touch on his desk or hand near him," said Traba.

A number of school districts have said students in special education will be accommodated if they choose to do remote learning for the fall. Fulton County Schools in the Atlanta, Georgia area say the district will help families if any changes need to be made to a student's IEP. However, providing all special education programs as normal may not always be possible with distance learning.

Annemarie Bohn is a special education teacher, and also has three children with varying special needs. She says remote learning can be difficult for teachers and staff who work in special education.

Plus, sometimes the pressure on parents to emulate the special instruction their student receives in class can be difficult and hard to attain.

Bohn says there are some children in special education who actually fare better outside of a long day in the classroom because their disabilities are more visibly seen in-person and can make them feel overwhelmed.

While some special needs students might actually benefit from remote learning, Bohn says others may see permanent loss of education, especially if they don't have the right supports at home.