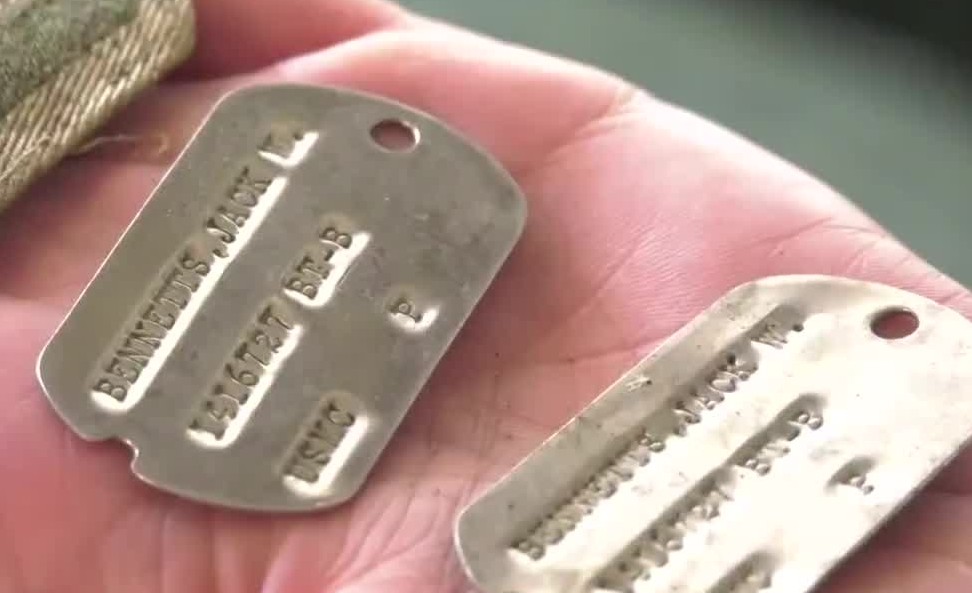 Fifteen-year-old Wyatt Macy just returned to his home in Sheridan after out shooting gophers with his friend when he noticed something in the backyard.

Fifteen-year-old Wyatt Macy just returned to his home in Sheridan after out shooting gophers with his friend when he noticed something in the backyard.

“Right here, looked down and just seen something metal and bent down, grabbed it, just a little dog tag and I’m like, ‘wow, it looks real,’” said Wyatt Macy.

Turns out it is real and belonged to an 84-year-old U.S. Marine veteran from Billings.

After finding the military dog tag, Wyatt’s mom got help from Ed Hayes with the American Legion Post in Twin Bridges to help find the owner of the dog tags, and they belong to Jack Bennetts of Billings.

“And he’s still alive, I mean, that was so cool when he was like, ‘I found him in Billings, we found him the White Pages.’ No way! That is so cool,” said Wyatt’s mom Becky Macy.

The dog tags are more than 50 years old and have a connection to the Sheridan home.

“His parents actually lived in this house, so they must have stored some of his stuff I assume,” said Becky Macy.

“To him, he’s so excited, especially on Memorial Day, and to get it back to this gentleman it’s amazing,” said Hayes.

The Macys will be mailing the dog tags and the sergeant stripes that were also found in that spot. Becky Macy will include a letter she wrote to the veteran.

“We hope the return of these items bring you some joy and if you’re ever in Sheridan swing by 214 Water Street we would love to meet you. Thank you again for your service, God bless you and God bless America,” Becky Macy read from her letter.