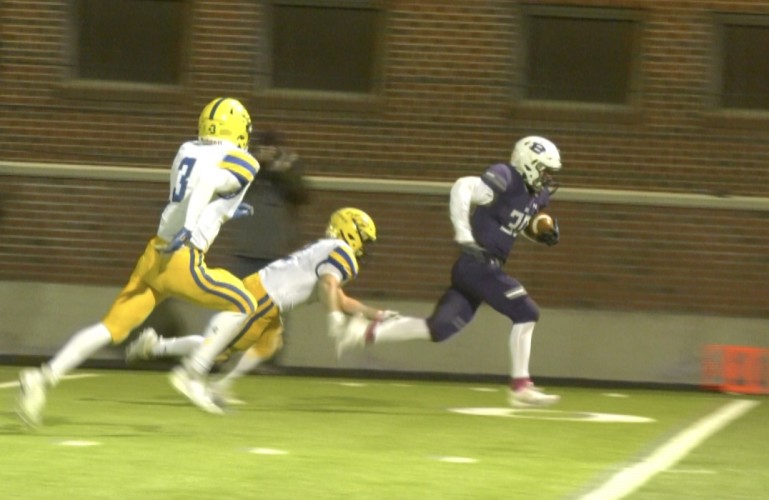 BUTTE - Butte High hosted the Eagles of Missoula Big Sky in a display of offensive prowess by both teams.

Butte Quarterback Blake Drakos started it early with a touchdown pass to a zigzagging Cameron Gurnsey.

But Big Sky QB Colter Janacaro likes touchdowns too and responded with one of his own.

Casey Kautzman’s foot netted the Bulldogs another three. And then the Bulldog defense forced a fumble and Butte’s Aidan Lee recovered it.

Drakos took advantage of the turnover with a perfect pass to Christian Vetter, who hauled it in for six.

Janacaro says 'I can do that too' and hits Louis Sanders with a bomb that set up another Eagle touchdown.

Janacaro made sure he'd make the highlight reel with another big quarterback keeper for a touchdown.

But the Bulldogs were dogged and kept up the offensive onslaught of touchdowns to defeat the Eagles, 51-33.