Butte voters turning in their ballots early and in person 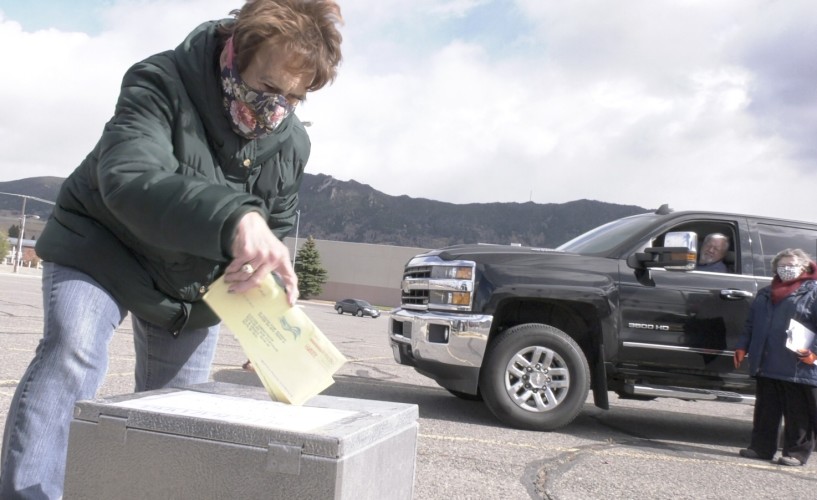 800 ballots dropped off on Monday alone in Butte

BUTTE - There’s been a steady stream of voters in Butte this week dropping off their mail-in ballots in person at the courthouse, and even at mobile units around the city.

The Clerk and Recorder decided to give voters more options other than the mail after receiving numerous calls of concern from the public.

“The concern with the postage fraud, the national news is not great news in our country, they are very concerned,” said Butte Clerk and Recorder Sally Hollis.

About 800 people dropped off completed ballots on Monday alone.

“People are really involved more so this election; we’re having people register who have never voted before in their 60s and 70s, which is like, incredible,” said election worker Bonnie Joseph.

Two mobile ballot drop-off units were set up in the parking lot of Walmart and the Butte Plaza Mall this week to make it easier for voters.

Hollis assures that mail-in ballots and drop-off ballots are secure and not to worry about alleged fraud.

“In Montana, be very confident. Your clerk and recorders are doing their job,” Hollis said.

The workers at the Butte Plaza Mall mobile unit say they’ve been very busy and that voters say they like the convenience of it and knowing their vote is being deposited securely.

“We’re taking the registrations and she’s writing them down make sure the signature's there and I’m stamping them and asking them to watch me put them in the box,” said election worker Neomia Nichols.

The mobile units will be open from 9 a.m. to 4 p.m. Monday through Friday until the day before the election.