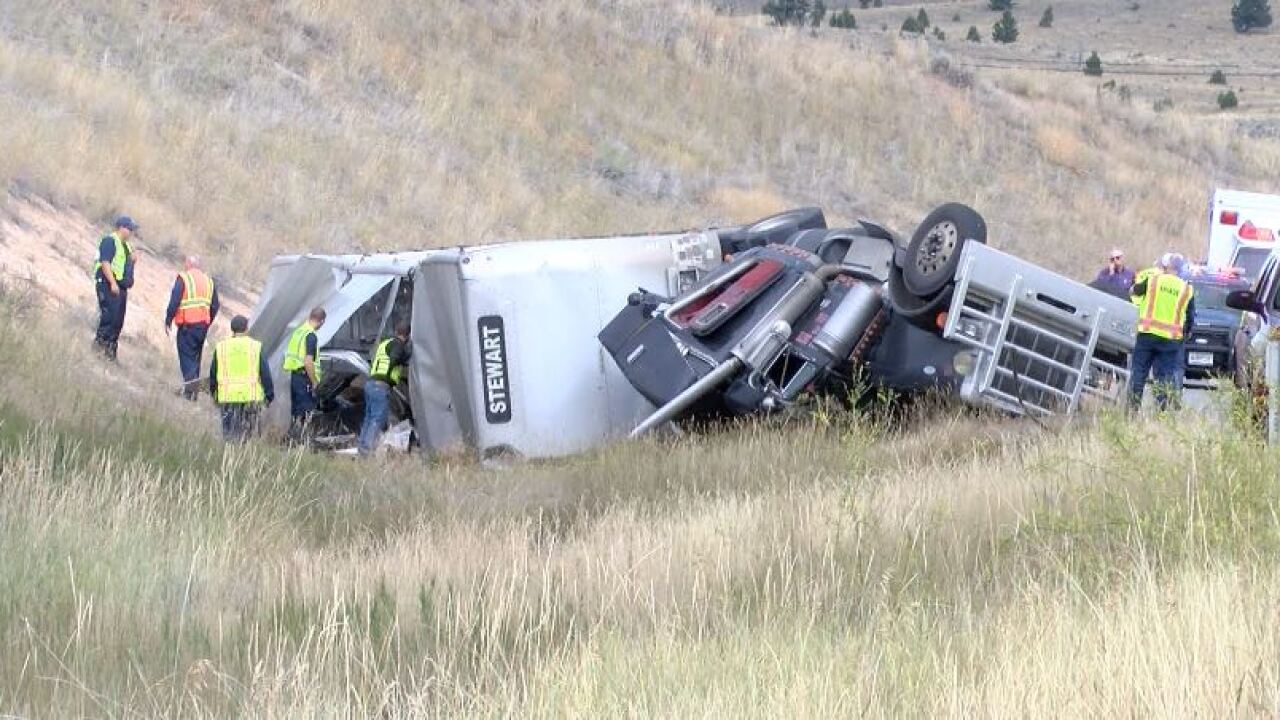 It happened on south-bound I-15 at the I-90 junction. No other vehicles were involved in the crash. The highway patrol reports speed was a factor and the driver lost control of the truck on the sharp curve at the interchange.

The driver was not injured in the crash.

The truck was hauling 37 cows. One cow was euthanized at the scene due to severe injuries, all the other animals survived.