BOZEMAN – As I predicted strong to severe thunderstorms bypassed Bozeman Thursday afternoon and evening. Most storms developed as planned over the continental divide and rolled to the NE. Several strong to severe thunderstorms made a brief appearance over Granite and Powell counties west of Butte but the strongest of storms impacted Jefferson and Broadwater counties.

Several severe thunderstorm warnings were issued by the National Weather Service in Jefferson County Thursday afternoon from Whitehall to Boulder up into the Clancy area. Numerous reports of heavy rainfall, small to large hail and very strong winds. So far no reports of property damage but it’s still early.

Storms that were born over SW Montana quickly matured and intensified as they moved up into Central Montana and this region will be primed for strong to damaging thunderstorms through midnight Thursday.

The National Weather Service has a SEVERE THUNDERSTORM WATCH up through 8 pm tonight (see map). Strong to severe thunderstorms have the potential to produce large damaging hail and damaging wind gusts Thursday evening and a slight chance for a few tornados. 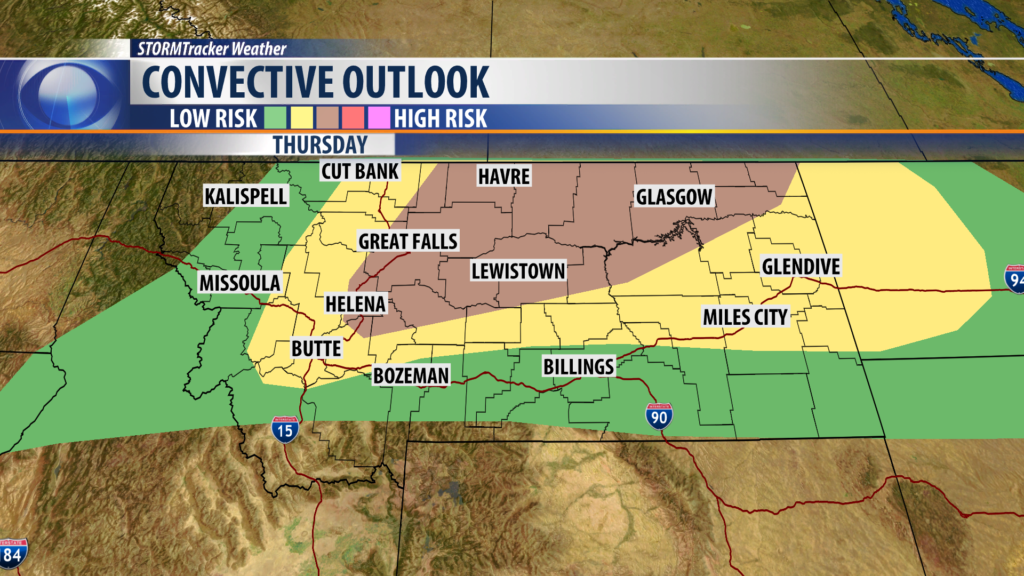