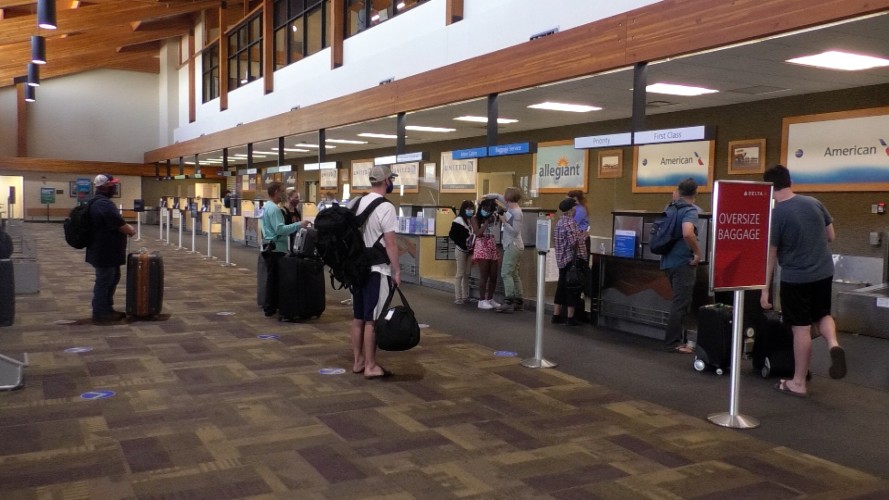 GALLATIN COUNTY — National reports are saying that U.S. airports might not recover financially until 2024. But that might not be the case with Bozeman's airport.

“We’re seeing our traffic return slightly ahead of what we’re seeing on a national basis. So, that means that we’ll see a financial return ahead a little bit quicker,” explained Airport Director Brian Sprenger.

Friday morning, passengers quickly filled into Bozeman Yellowstone International Airport. Even though the airport is seeing more traffic, numbers are still down compared to last year.

“We’re back to probably about 45 percent of where we were last and that allows us to be really close to break even, on the airport in terms of operations,” Sprenger said.

Which invites the question — does that mean higher ticket prices for passengers?

“Airline tickets in general are based on supply and demand of a particular market. So, we’ve seen really good fares at certain times and then we’ve seen fares that are significantly higher,” he said.

But Friday's passengers seem to be satisfied with their ticket prices.

“We flew from Atlanta through Salt Lake to Bozeman. It cost us like, $400 per person. To come to a smaller market like this, I think it was a little cheaper to go to Salt Lake. But it wasn’t that bad,” said Craig Patterson, who was flying in from Atlanta with his family.

“It’s not much. It was pretty much the same rate,” said Ajay Akhade, who was flying from Seattle.

“I was really surprised this trip. It was around $300. Typically, for a round trip I fly around $600 in here,” said Christin Vanvirk, who flew from Iowa.

Of course, things are constantly changing every day. But here at the airport, operations seem to be doing well.