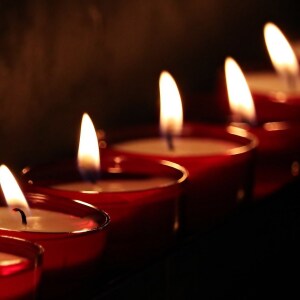 On July 27, 2019 Linda Mae Williams Bruner passed away peacefully with her children by her side. After a four-year battle with cancer, she rests peacefully in her Father’s arms. Linda was born to Orvis and Elberta Williams on July 12, 1942. Linda was the youngest of three; she had two older brothers, Delmer and Larry. She grew up in Bozeman where she met the love of her life, Bill (William A.) Bruner, ice skating at the Beall Park rink. Bill and Linda were married on May 5, 1958 and enjoyed each other’s company for 61 years.

The pride and joy of Linda’s life were her three children, Judy and Rob Brownell of Belgrade, MT; Jerry and Berna Bruner of Quilcene, WA; Julie and Dean Robertson of Elko, NV. With the union of each of her children came six grandchildren and ten great-grandchildren.

Throughout Linda’s life she wore many hats – military wife, mother and homemaker, seamstress, and gardener. She drove school bus for Belgrade Schools, knitted ski hats for many of the local ski shops, and made draperies for “Ivan’s” in Belgrade. Linda loved traveling; she and Bill made two trips to Alaska, several trips to Seattle and Elko areas, and trips down south for the winter. Linda also attended as many of her families’ school events, 4-H events, and sports events as she could.

Linda was preceded in death by her parents, Elberta and Orvis Williams, and one brother, Delmer Williams.

Funeral Services will be held at 11:00 A.M. on Friday, August 2, 2019 at Dokken-Nelson Funeral Service. Memorials can be made in her name to the charity of your choice.