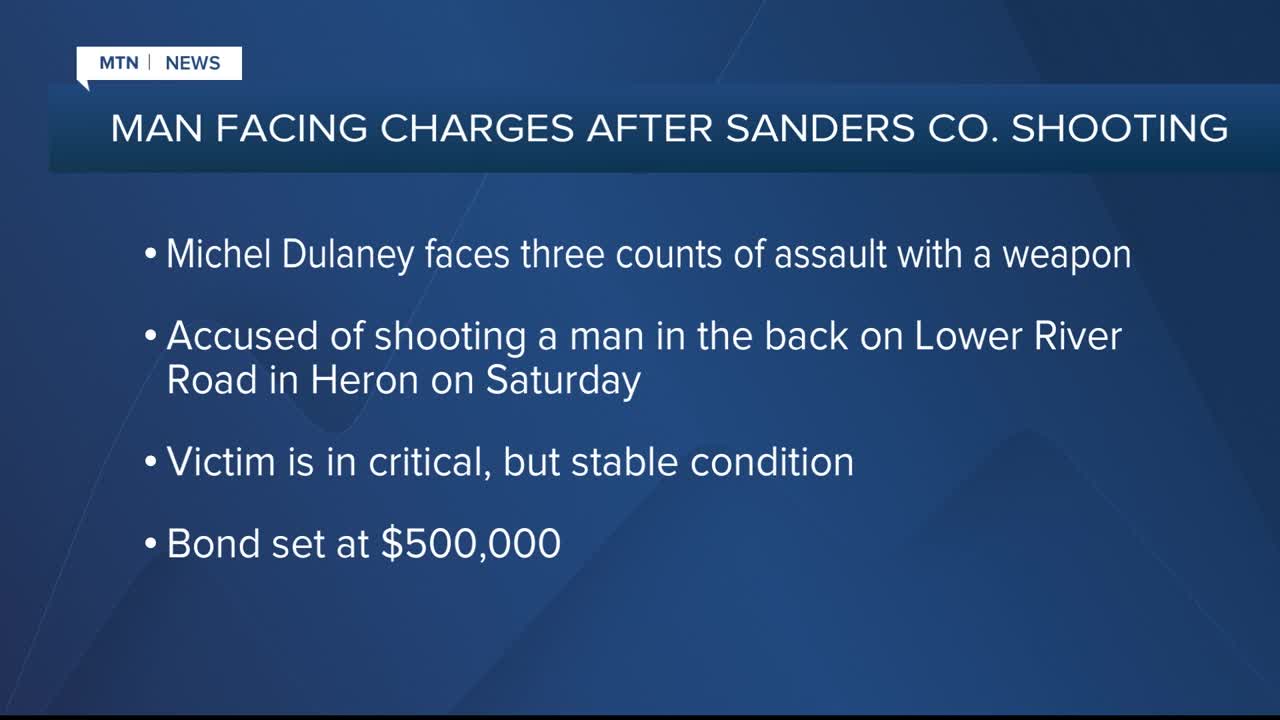 A man has been taken into custody after a shooting Saturday evening in Sanders County.

The Sanders County Sheriff’s Office reports Michel Dulaney faces three counts of assault with a weapon. His bond has been set at $500,000.

The sheriff's office reported that on Saturday at 8:31 p.m. they responded to Lower River Road in Heron after a man had been reportedly shot in the back by a neighbor.

The victim was transported to Sandpoint, Idaho, by a private party before being flown by Help Flight from Sandpoint to the critical care unit at the Kootenai Medical Center in Coeur d'Alene.

The investigation is currently ongoing.