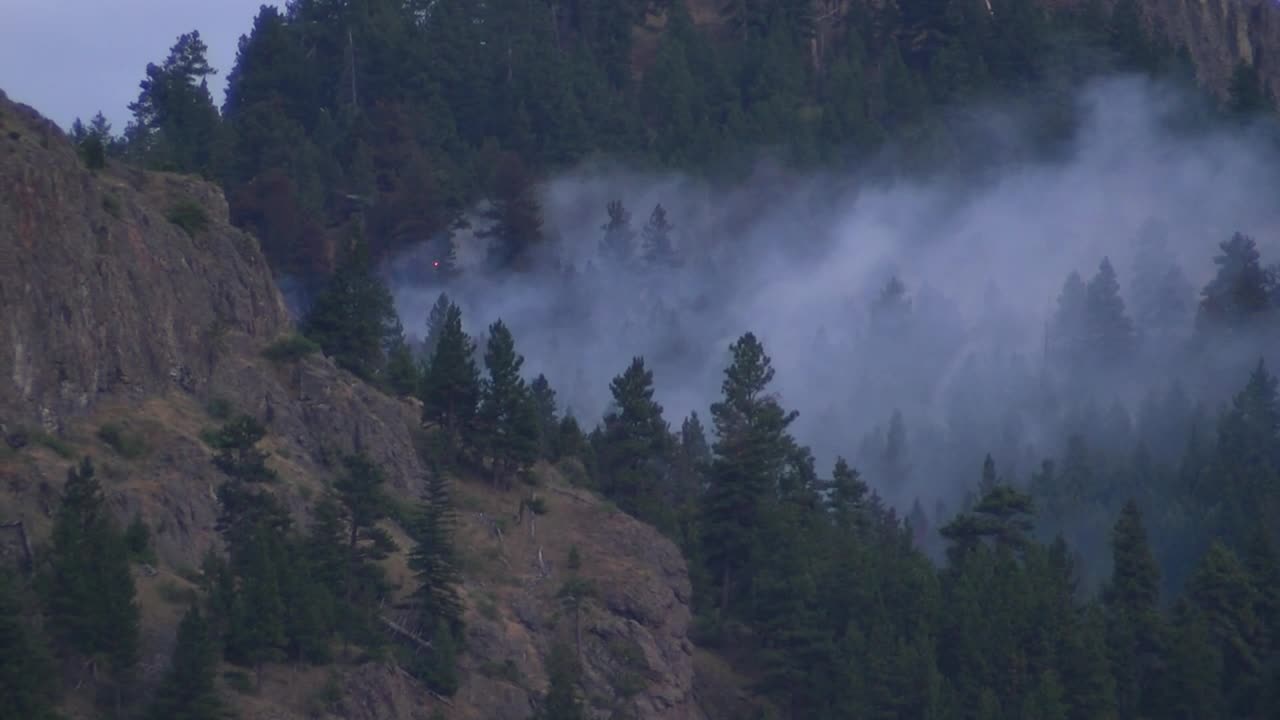 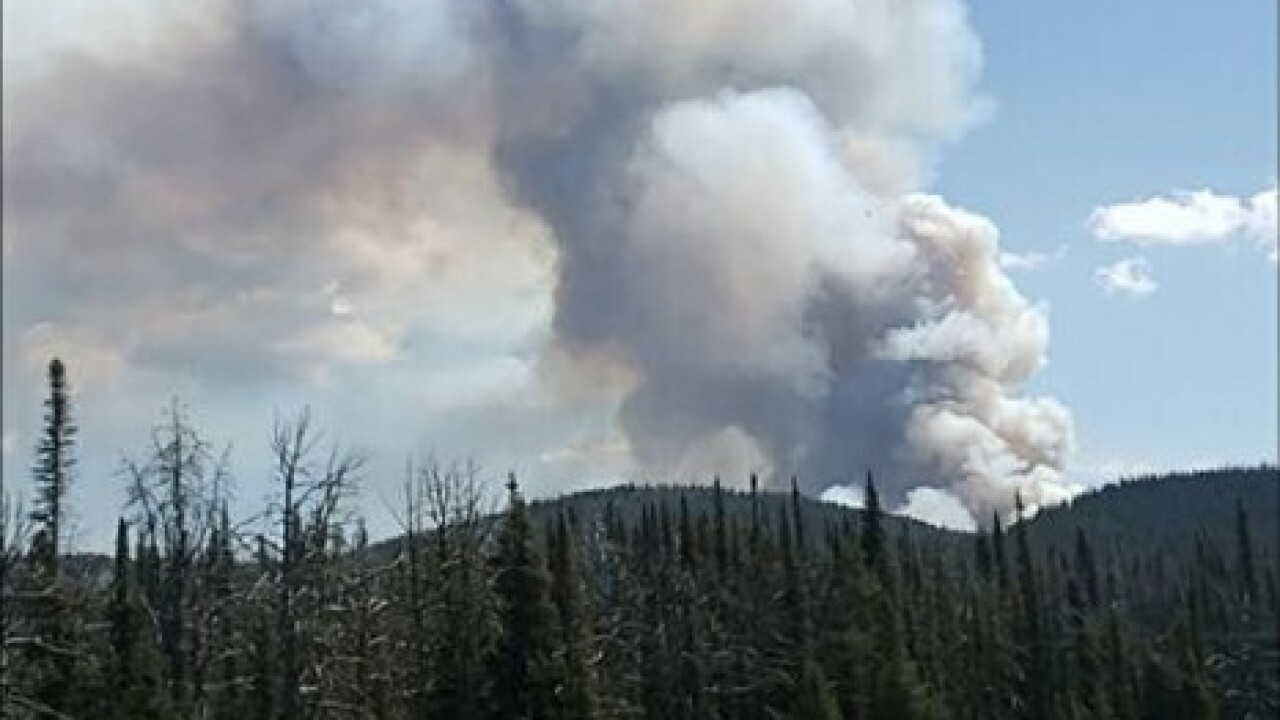 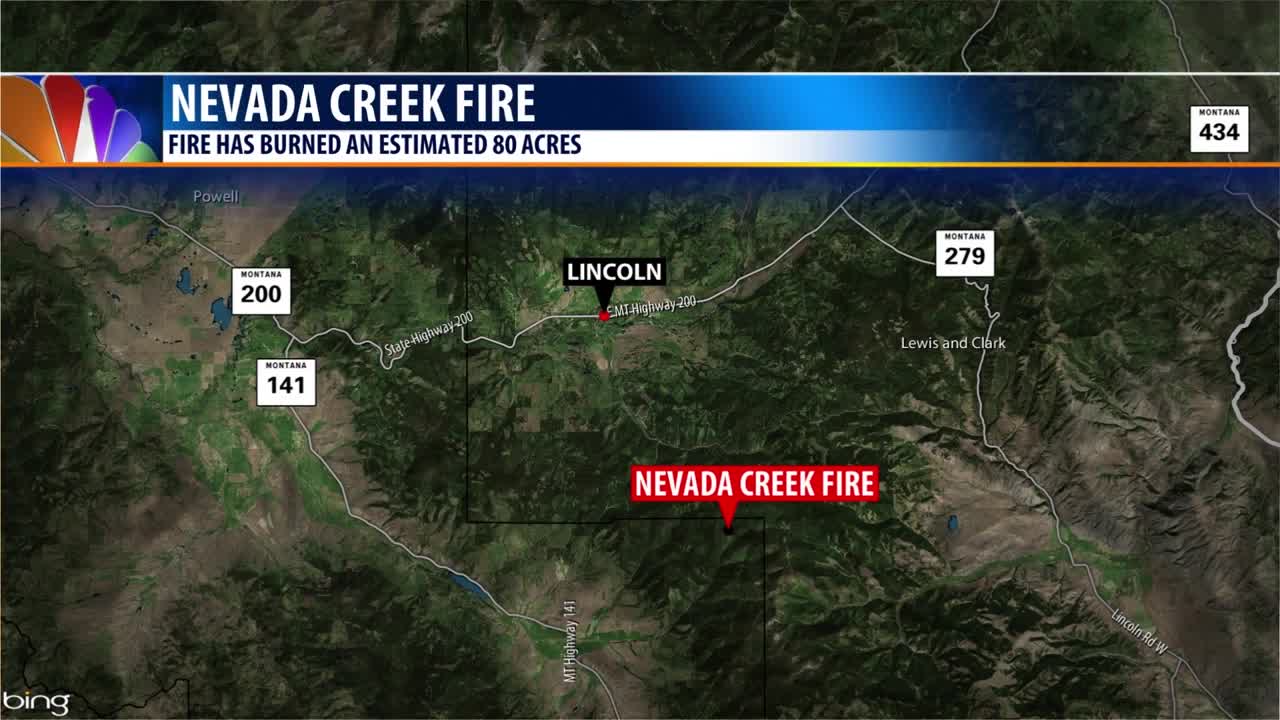 According to the sheriff's office a mandatory evacuation order is in effect for the following roads:

The evacuation order covers approximately 25 homes. The sheriff's office says the fire is burning in difficult terrain and the homes are far apart.

The Cascade Co. Sheriff's Office and Bureau of Land Management are assisting with evacuations and road blocks.

Officials have no estimate on the fire's size at this time

Cascade County Sheriffs Office is participating with road blocks and evacuation as BLM law enforcement ranger. We do not have a size of the fire at this time.

HELENA: The Eagle Canyon Fire is currently burning 20-25 acres. It is south of the Missouri River, near Dearborn.

Local law enforcement, Lewis and Clark County, and Cascade County are all responding and utilizing air attack and other resources.

The Bitterroot Hotshots are en route.

Crystal Beckman with the DNRC says they are evacuating residents on July Road. Lewis and Clark Co. Sheriff Leo Dutton says homes along Stickney Creek and Eagle Canyon Rd are also being evacuated. Those roads are on the east side of Interstate 15 just east of Craig.

The U.S. Forest Service has called in more resources to attack two fires burning between Lincoln and Helena.

The Black Diamond fire is currently estimated at 35 acres. The smoke plume can been seen from the Helena Valley.

The fire is actively burning in dense timber, dense/dead timber and snags.

Two Hotshot crews are working the fire, with some heavy equipment en route to help build fuel breaks. Air tankers and helicopters were helping, but have been grounded due to the weather on the fire right now.

The Continental Divide Trail is closed beginning at Flesher Pass to the south (to the Nevada Creek Fire "area closure" boundary).

Firefighters are also checking on several other fires reported in the area.

A community meeting will be held at 5:00 P.M Saturday night at Hooper Park in Lincoln.

The Nevada Creek fire activity increased when the winds and weather moved over the fire this afternoon.

The fire is estimated around 80 acres, Almas’ Type 2 Incident Management Team has assumed command of this fire .

The two Hotshot crews remain on the fire working the flanks, as planned. Air resources has been available to assist this work today, but is grounded due to weather.

We will update you when more information is available. The Helena-Lewis and Clark National Forest will also post updates on Facebook.