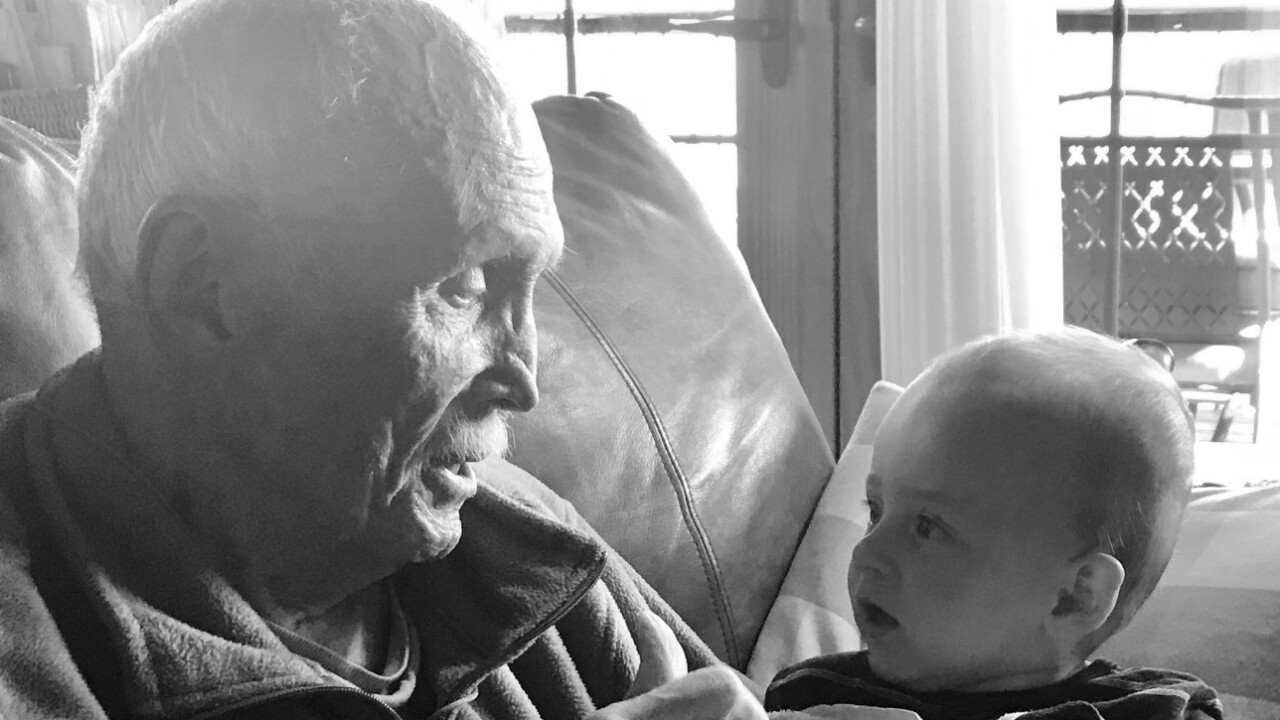 Gerald Thomas Cullen, 91, of Bozeman, MT passed away March 29, 2020. Jerry was born September 23, 1928 in Buffalo, NY to Matt and Eleanor Cullen. He was the youngest of three. His sister, Jean Fleming, preceded him in death. His older brother, Matt, lives in Hamburg, NY. He is survived by numerous nieces and nephews.

Jerry spent his childhood in Hamburg, NY. He was force to be reckoned with. Jerry was hard-charging and great at everything he did (except piano :) ). Jerry was a great student and accomplished athlete (football, wrestling, track, basketball, skiing, swimming, handball). Jerry had an unusual grace in his athletic endeavors.

Jerry married Grace Schmitt in 1952. There were six children born of the marriage: Mary Grace, Gerald (Anne), Bob (Paula), Kathleen Rock (Chris), Greg (Andrea), and Bill. He was preceded in death by Mary Grace, Bob, and Bill, a sadness he carried. He is survived by his beloved grandkids, Connor, Matt, Karsen, Casey, and Regina.

Jerry spent a year at Hamilton College where he was aptly dubbed “Grabber”. When his first great-grandbaby, Sorrin, was born, he wanted to name him “Grabber 2”. It took some explaining that this would not be “PC”. Jerry went on to attend and play football for Annapolis. He proudly wore the Navy cap though out his life. After the Academy, Jerry joined the Air Force and flew B-29’s then K-97 tankers in the Korean War.

Jerry was an incredibly hard worker. A chemical engineer by training, he first worked for Eastman Kodak. He went on to be appointed a Judge for the Worker’s Comp Board in NY by Nelson Rockefeller. He ultimately ended up in San Francisco as an Administrator for the US Labor Department, where he lived for the next 45 years. Jerry met and married the love of his life, Marilyn. They were a common sight in the Marina. Jerry rode his bike outside in his later years, until an accident at 86 stopped him. After his retirement Jerry went on to earn his Certified Financial Analyst designation.

In December 2017 Jerry and Marilyn came to live with Kathleen and Chris in Bozeman. Jerry had been trying to care for Marilyn, who was severely demented, for several years. Ultimately, Marilyn went to live at Spring Creek, a memory care facility, where she is today.

Jerry lived with Kath and Chris until his death. He loved Montana - the mountains, wildlife and beauty. He spent many hours on our deck admiring all these things. He loved his family and was thankful to be close to them. Connor, Jessy, and Sorrin stayed with Jerry many times, which we are very thankful for.

Jerry’s sharp mind, quick wit, and sense of humor were evident to all who met him. We thank our many friends who never tired of a meal at Chez Rock, so Jerry could be included. We believe we all became better people from Jerry living with us. He is missed.