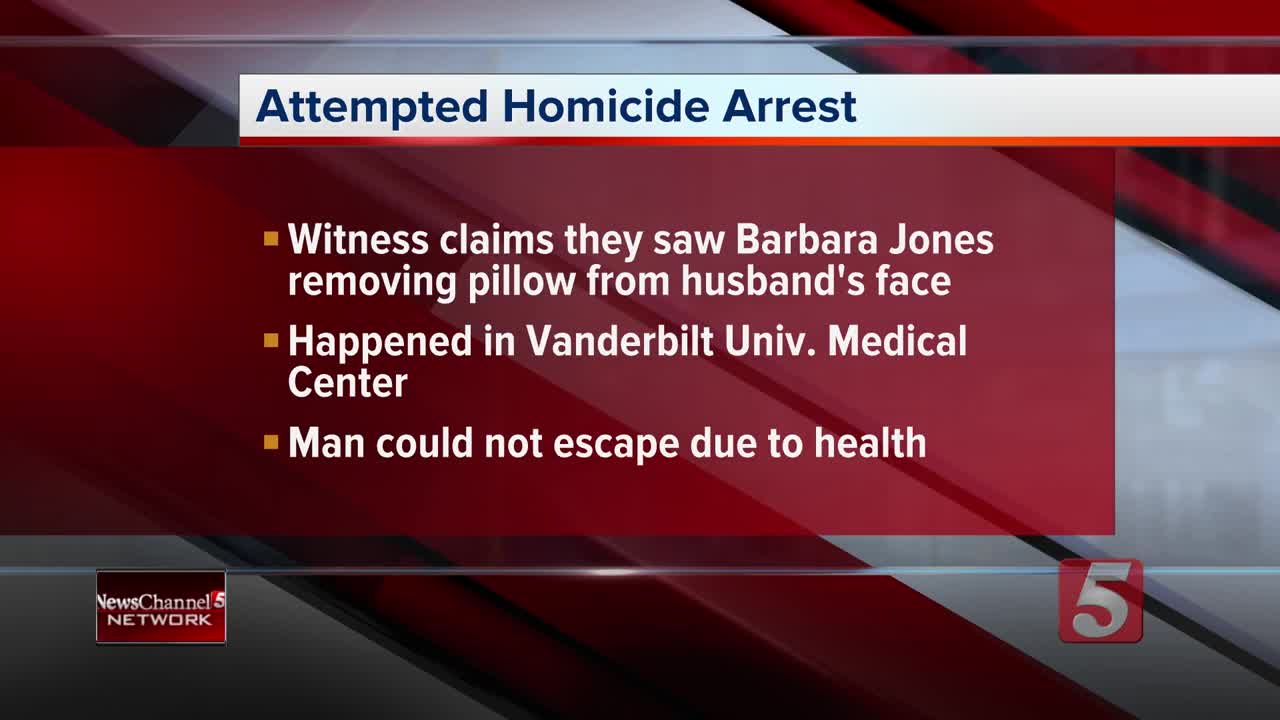 Police say a woman has been charged after she tried to smother her husband with a pillow at Vanderbilt University Medical Center.

NASHVILLE — Police say a woman has been charged after she tried to smother her husband with a pillow at Vanderbilt University Medical Center.

According to an affidavit from Metro Nashville police, Barbara Louise Jones has been charged with attempted criminal homicide in the case.

The police report said someone heard shouts for help coming from a hospital room. That person opened the door to find the woman on top of her husband in the bed with a pillow over his face.

He yelled, "She tried to smother me to death," according to investigators.

The victim told police he tried to use the nurse call button but his wife pinned him down and slapped his hand away.

He was too weak to push her off but never lost consciousness and was able to call for help.

A booking photo for Jones was not immediately available.

This story was originally published by Nick Beres on WTVF.