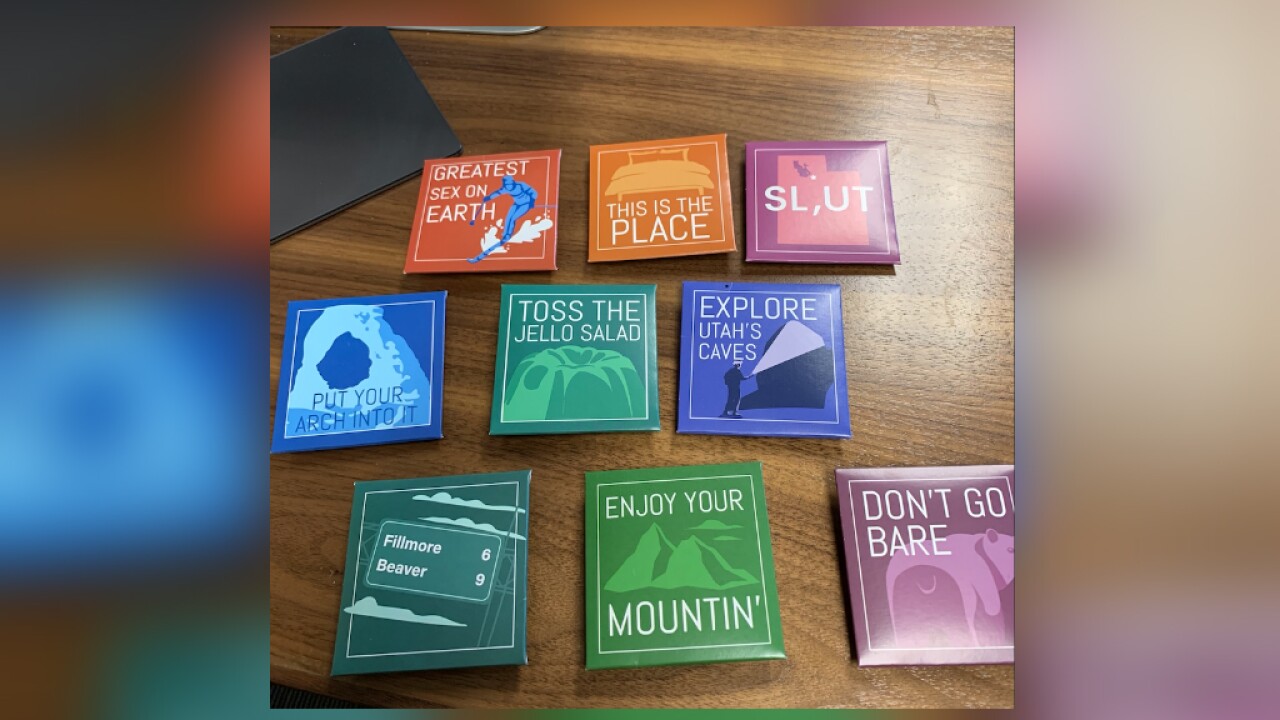 SALT LAKE CITY — Utah’s Department of Health has launched a new campaign — with some Utah-themed condoms — to raise awareness of HIV.

The prophylactic wrappers turn some popular Utah slogans and landmarks into double entendres.

There’s "Greatest Sex on Earth" (a parody of Utah’s "Greatest Snow on Earth"); "This is the Place" (which was uttered by Brigham Young when pioneers entered the Salt Lake Valley); the subversive "SL, UT" for Salt Lake, Utah; "Toss the Jello Salad"; and, of course, the local landmarks "Fillmore, Beaver."

The campaign is a joint venture between the Utah Department of Health and Love Communications. Wyoming and Alaska have done similar campaigns using popular slogans native to their respective states.

The condoms are a part of a campaign to combat the spread of HIV and AIDS in Utah by encouraging people to engage in safe sexual practices. The Utah Department of Health also launched a website, HIVandMe.com, with education materials about HIV prevention and living with the virus.

About 100,000 of the condoms will be distributed for free through local health departments, the Utah AIDS Foundation, bars and other community locations.

A larger campaign called "H is for Human" will appear on billboards, TV ads and transit ads to encourage people to get tested and spread awareness of options for prevention, including PrEP and safe sex methods.

“It’s all about breaking down barriers, and exposing people to something they either don’t know about or don’t want to know about,” Erin Fratto, of the UDOH Prevention Treatment and Care Program, said in a statement through the agency.

UDOH statistics show that one person is diagnosed in Utah with HIV every three days (roughly 120 new infections in Utah every year).

The Utah Department of Health is not the only one to use condoms to spread a message.

When he was a candidate for Salt Lake City mayor, former Utah AIDS Foundation Director Stan Penfold handed out prophylactics with the message "Stan for Mayor" at the Utah Pride Festival and at campaign events.

This story was originally published on KSTU.