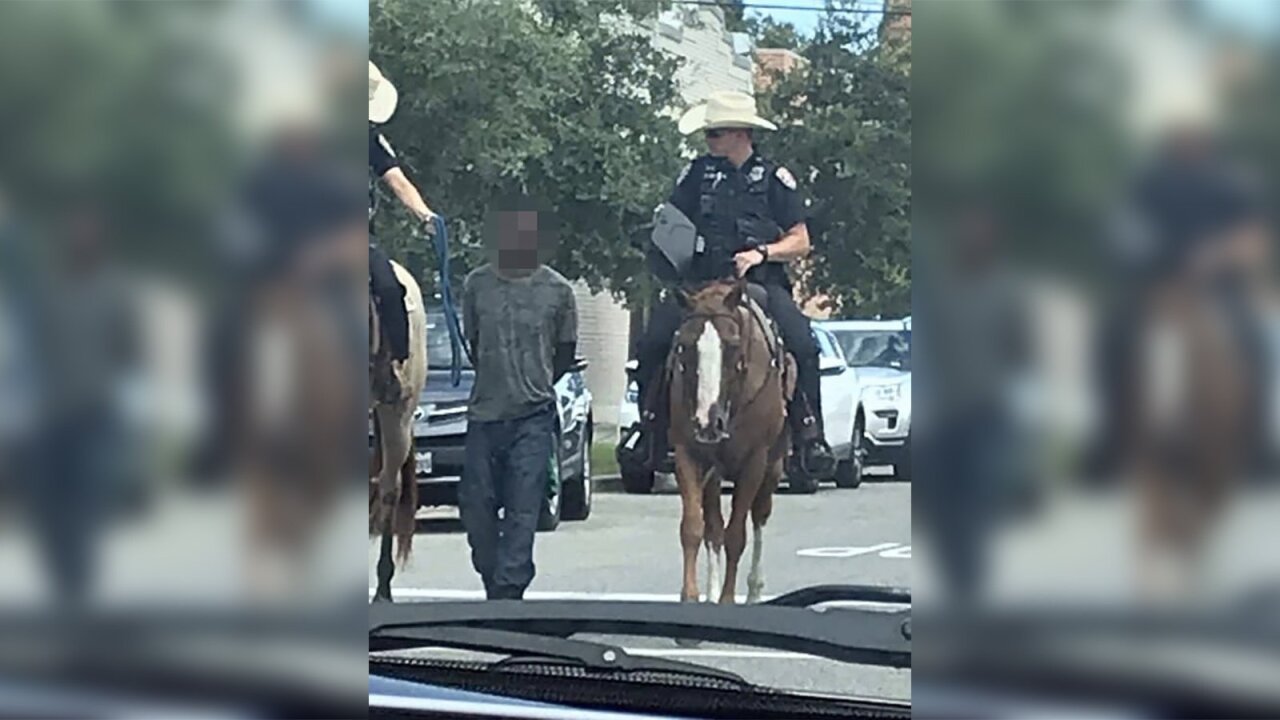 Two mounted officers seen leading a handcuffed black man by what appeared to be a rope will not face a criminal investigation, the Houston Chronicle reports.

City officials in Galveston, Texas, requested a third-party investigation into the arrest of Donald Neely, 43, after images of him being led through town circulated.

The Texas Department of Public Safety said in a statement that the agency had completed ts investigation into the arrest and had spoken with the Galveston County District Attorney's Office, according to the Houston Chronicle.

Ultimately, the district attorney determined "there was nothing that warranted a criminal investigation," the report says.

CNN reached out to the Texas Department of Public Safety for a statement but has not yet heard back.

Neely had been arrested and charged with criminal trespass, according to police. Police said the officer is holding a "line" that was clipped to the man's handcuffs, not a rope.

"When they drag Donald Neely down the road by horses and rope, it was like they (were) dragging our entire community down the road," Attorney Benjamin Crump, who is working with the family, said.

Neely's attorney, Melissa Morris, says he has a mental illness and has been homeless for about seven years.

She said the district attorney's decision not to open a criminal investigation did not surprise her.

"I can understand them deciding there's no criminal action with these officers," Morris told the Houston Chronicle. "I still think it's poor judgment even if it's within the confines of policy."

Earlier this month, Galveston Police apologized for "the negative perception of this action" and that it will stop using the transportation technique.

"My officers did not have any malicious intent at the time of the arrest, but we have immediately changed the policy to prevent the use of this technique and will review all mounted training and procedures for more appropriate methods," Chief Hale said in a statement.

Crump said the apology is not enough, and demanded that the department release the body camera video of the incident.

"Until you release that video from that body cam, we are not going anywhere," Crump said. "We're going to stay here and stand with Donald Neely and his family."

Community members were outraged by the image and what is represented. Adrienne Bell, a candidate for Congress who provided the photos to CNN, said it was hard for her to understand "why these officers felt this young man required a leash, as he was handcuffed and walking between two mounted officers."

"It is a scene that has invoked anger, disgust, and questions from the community," she said on Facebook.