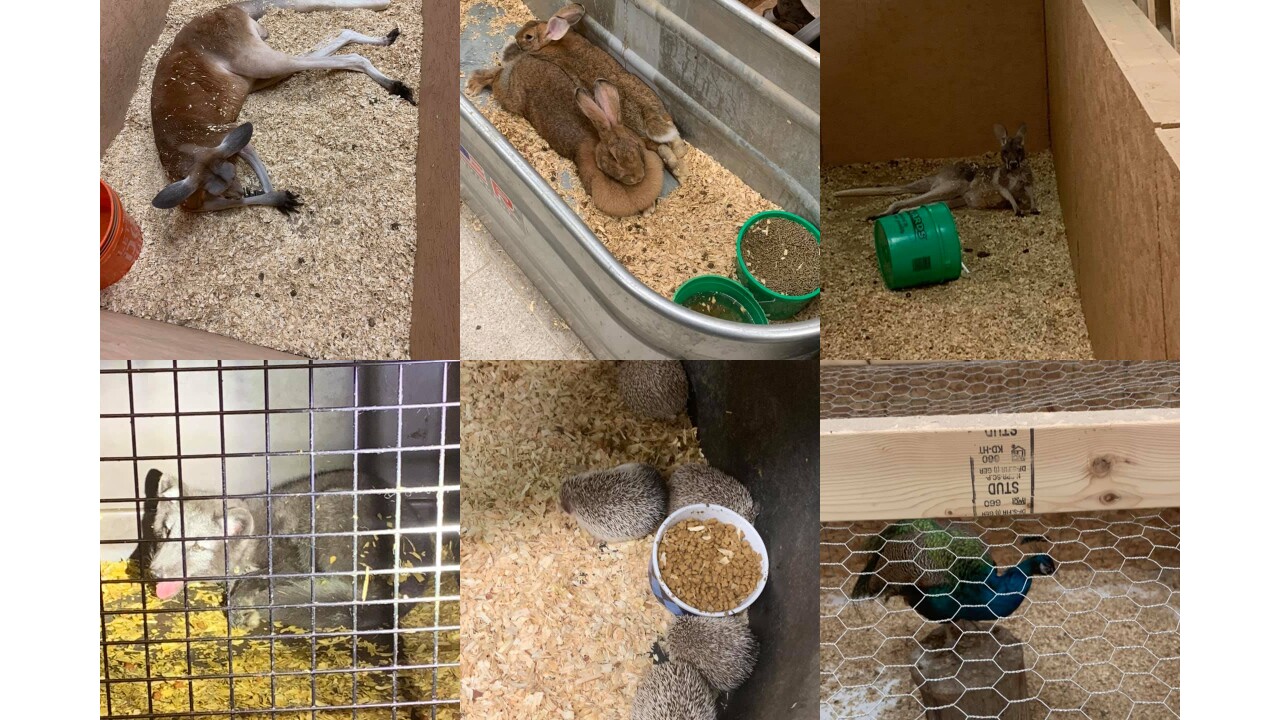 According to police, it was a tip from a concerned citizen that led them to investigate.

Police say they have identified the person they believe was keeping the animals, and they are looking to speak with him.

They did turn over all of the animals to people who could properly take care of them.