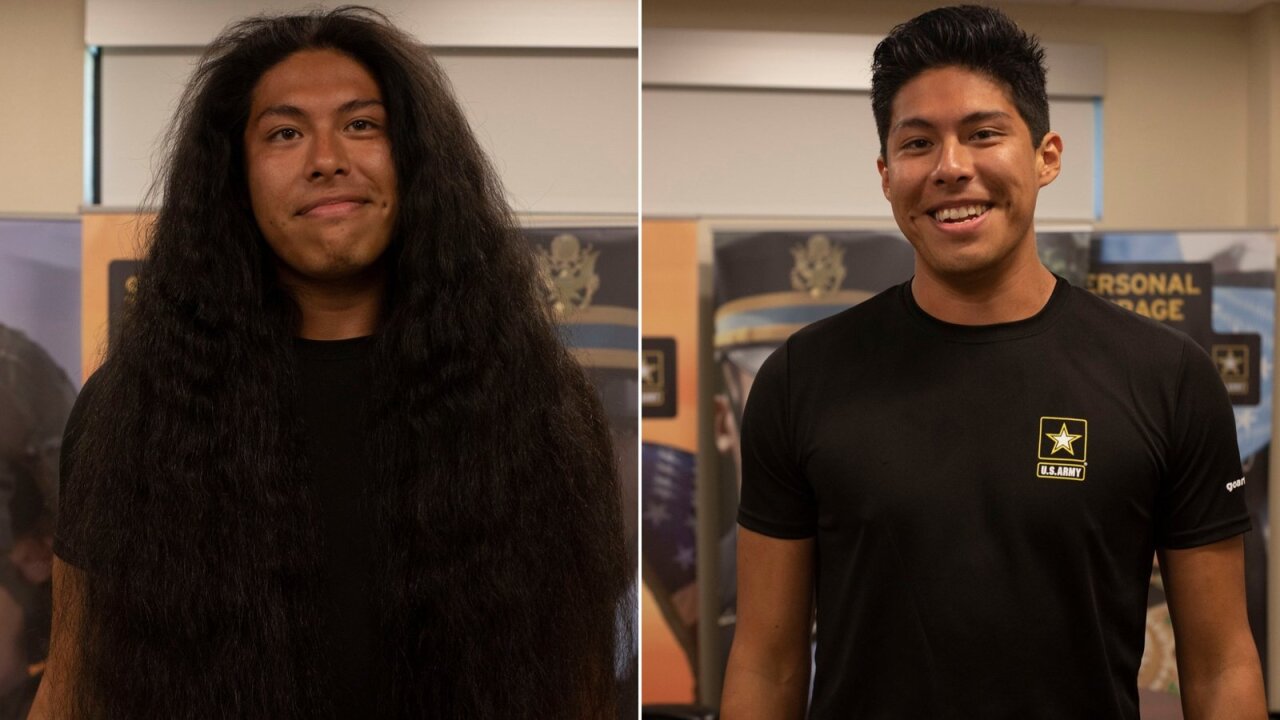 Superlong hair, or serving his country?

The 23-year-old has been growing his hair out for 15 years, but on Thursday he decided to have the big chop so he could enlist in the Army.

"I'm just really excited to be enlisting," he said, in a video posted to the Salt Lake City Army Recruiting Battalion Facebook page.

Arroyo will be donating the hair to Locks of Love, a nonprofit that takes hair donations and makes wigs for children experiencing hair loss from cancer treatments or alopecia areata, an autoimmune disease that leads to sudden hair loss. "Hopefully some little girl's gonna get it," he said.

Arroyo has enlisted as an infantryman.

The Army has strict hair standards , which they require all soldiers to follow. For men, hair must have a "tapered appearance," where the "outline of the soldier's hair conforms to the shape of the head," and curves inward at the base of the neck. Basically, it has to be short -- not falling over soldiers' ears or eyebrows, or touching the collar.