For Jeffrey Epstein's accusers and their quest for justice, what now? 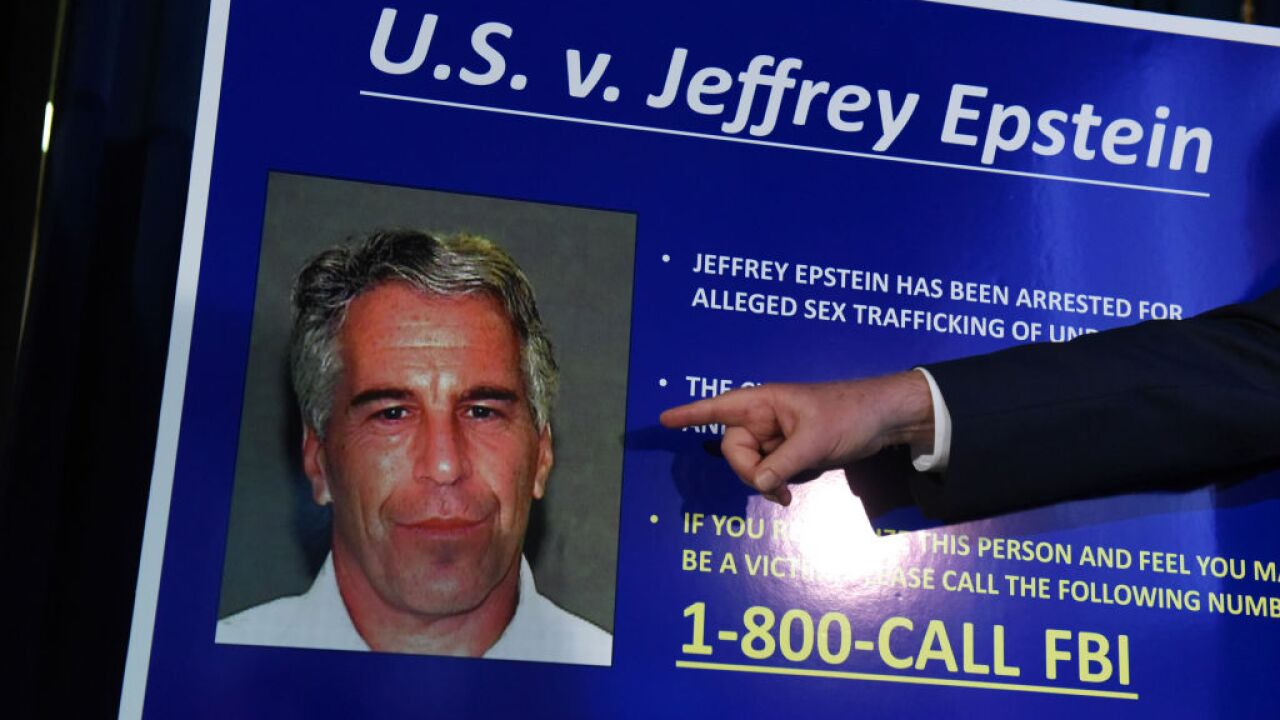 The alleged victims of accused sex trafficker Jeffrey Epstein are angry they will not get the opportunity to face in court the man they say raped them as girls.

"We have to live with the scars of his actions for the rest of our lives, while he will never face the consequences of the crimes he committed, the pain and trauma he caused so many people," Jennifer Araoz, who accused Epstein of raping her when she was 15, said in a statement.

The multimillionaire hedge fund manager's death from an apparent suicide Saturday in his cell ends the criminal case against him, but what does that mean for his accusers' quest for justice?

Authorities have said they will continue to investigate Epstein's alleged actions, and US Attorney General William Barr said Monday the case "will continue on against anyone who was complicit with Epstein." At the same time, legal experts say the civil cases against Epstein, and anyone connected to the allegations in the case, will continue.

"It is a shame that Epstein will not face justice, and the survivors in this case will not have the satisfaction of his conviction," Scott Berkowitz, president of RAINN -- one of the largest anti-sexual violence organizations in the nation -- told CNN. "However, reporting has made clear that there were others who aided and abetted Epstein in his crimes, and we hope that the US attorney will continue to pursue those individuals. Epstein's death should not let them off the hook."

Two unnamed accusers asked a federal judge to roll back a nonprosecution agreement that Epstein reached in 2008 in Florida, which provided immunity to his alleged co-conspirators, according to a court document filed Monday in .

Rolling back that agreement would identify the alleged co-conspirators, making it easier for authorities to investigate, according to the filing, as well as make it easier for the two accusers to file suit.

Araoz is expected to file a lawsuit as soon as Wednesday. That's the day New York's Child Victims Act takes effect. The act, signed into law in February, gives adult survivors of child sexual abuse one year from Wednesday to sue an abuser for offenses in New York, no matter how long ago the abuse allegedly occurred.

Epstein was arrested in early July and pleaded not guilty to federal charges of operating a sex trafficking operation in which he paid hundreds of dollars in cash to girls as young as 14 to be able to sexually abuse and rape them between 2002 and 2005.

The day before his apparent suicide, hundreds of pages of federal court documents were unsealed, alleging new sexual abuse claims against Epstein and several associates.

The documents are connected to a 2015 defamation case brought by Virginia Roberts Giuffre, who claims Epstein kept her as a teenage "sex slave" and an associate of his facilitated it. The documents also allege the associate instructed Giuffre to have sex with some of Epstein's powerful and influential friends. The case ended in a settlement in 2017.

"The fact that Epstein took his own life within 24 hours of the unsealing of detailed and devastating documents and exhibits in Virginia Giuffre's lawsuit ... which informed the public of the scope, scale and sophistication of the international sex trafficking operation Epstein conducted, is no coincidence," Sigrid McCawley, an attorney for Giuffre and other alleged victims, said.

Giuffre and the others are hopeful the government will focus its investigation on those who allegedly facilitated or participated in "Epstein's horrifying sex trafficking scheme," McCawley said.

Robbie Kaplan, an attorney for one of the victims in the federal indictment, said the victims should not lose hope.

"We will continue to fight tirelessly on their behalf, not only to seek justice, but also to ensure that all of the facts of his monstrous crimes become known to the world," Kaplan said.

"It is never too late to come forward with information," Edwards said in a written statement. "In fact, his many co-conspirators who may have been fearful to speak out against him have been relieved of that excuse; this is their last chance to speak up."