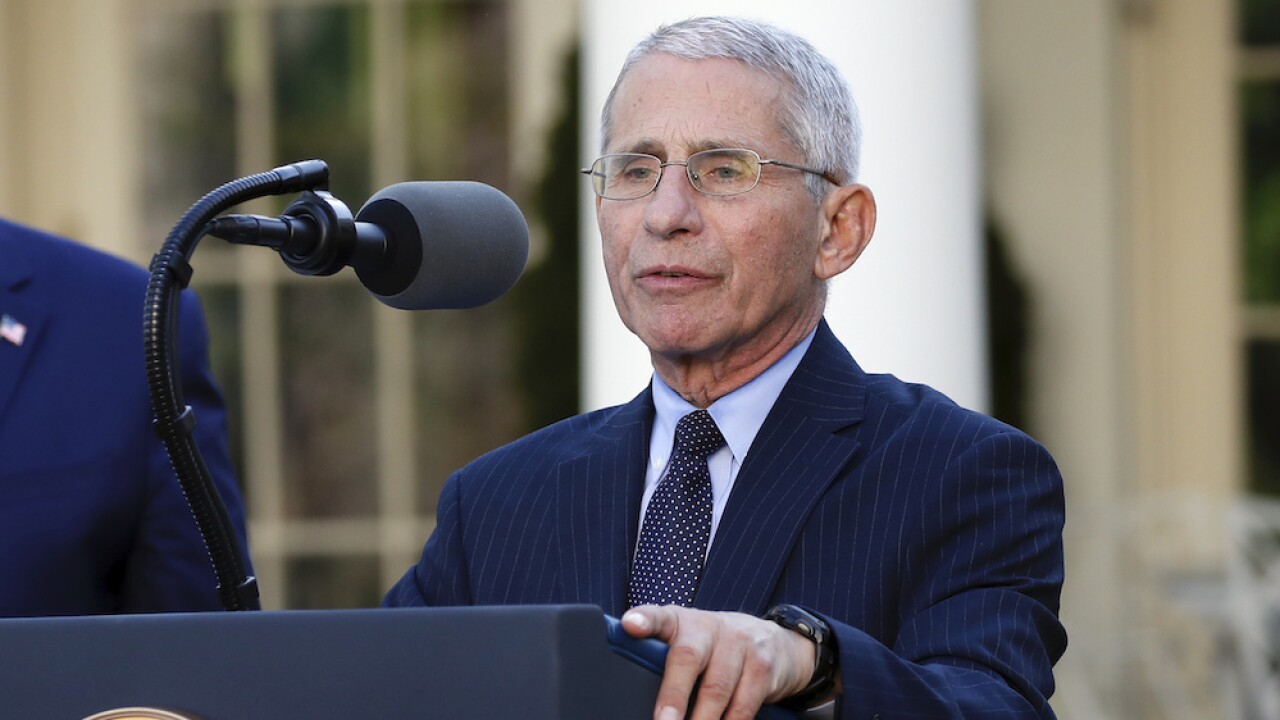 Copyright 2020 The Associated Press. All rights reserved.
Alex Brandon/AP
Dr. Anthony Fauci, director of the National Institute of Allergy and Infectious Diseases, speaks about the coronavirus in the Rose Garden of the White House, Monday, March 30, 2020, in Washington. (AP Photo/Alex Brandon)

Dr. Anthony Fauci, director of the National Institute of Allergy and Infectious Disease, said a new ad featuring him on behalf of President Donald Trump's coronavirus response was taken out of context.

Fauci told CNN in a statement that the ad, which features a clip of the doctor, took his words out of context for the benefit of Trump. Fauci said he didn't consent to be featured in the ad and that he doesn't provide any political endorsements.

In the ad, the clip shows Fauci during an interview saying, "I can't imagine that anybody could be doing more."

"In my nearly five decades of public service, I have never publicly endorsed any political candidate. The comments attributed to me without my permission in the GOP campaign ad were taken out of context from a broad statement I made months ago about the efforts of federal public health officials," Fauci said.

According to CNN, Fauci's comments were from a March interview with Fox News, in which he comments on the White House's coronavirus task force for its round-the-clock effort to respond to the pandemic.

For context, Fauci's quote described the task force's work as: "We've never had a threat like this. The coordinated response has been ...There are a number of adjectives to describe it -- impressive, I think is one of them. We're talking about all hands on deck. I, as one of many people on a team, I'm not the only person. Since the beginning, that we even recognized what this was, I have been devoting almost full time on this. I'm down at the White House virtually every day with the task force. It's every single day. So, I can't imagine that under any circumstances that anybody could be doing more."

The Trump campaign told CNN that, "These are Dr. Fauci's own words. The video is from a nationally broadcast television interview in which Dr. Fauci was praising the work of the Trump Administration. The words spoken are accurate, and directly from Dr. Fauci's mouth."

This story was originally published by Mark Saunders at KGTV.