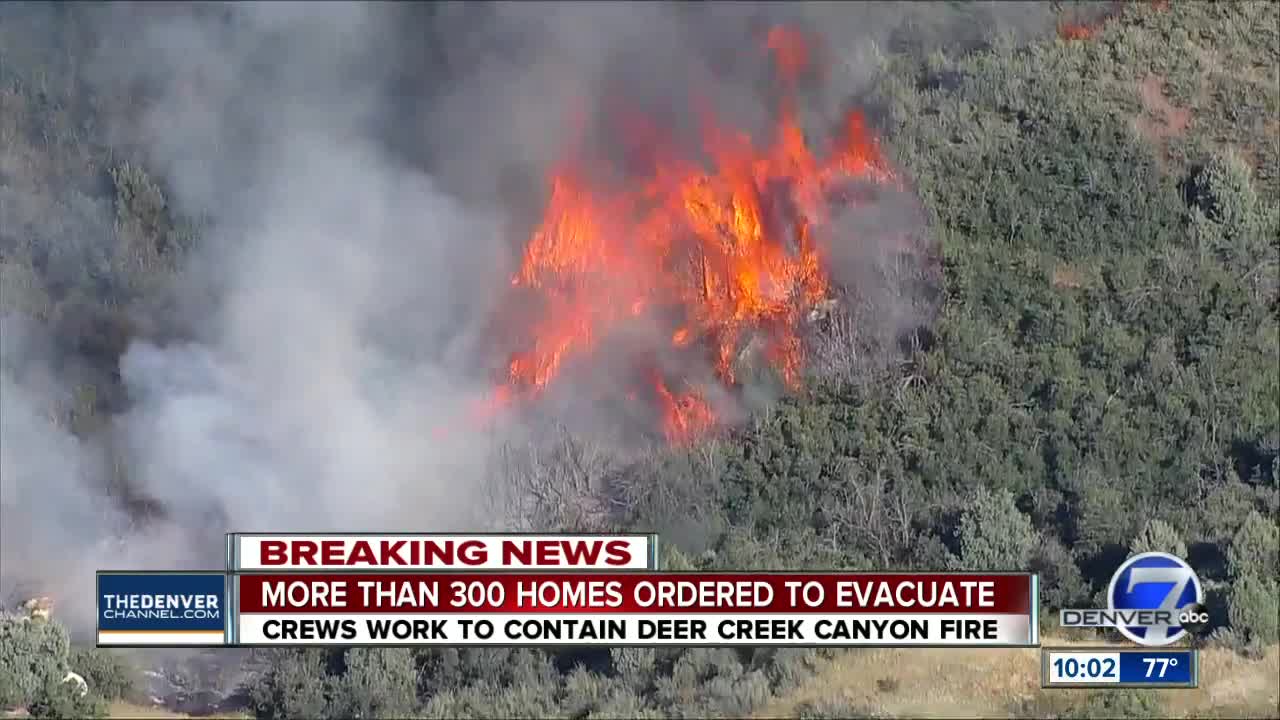 At least two evacuation orders were in place for residents in Jefferson County as a wildfire continued to burn in the area well into the night Thursday. 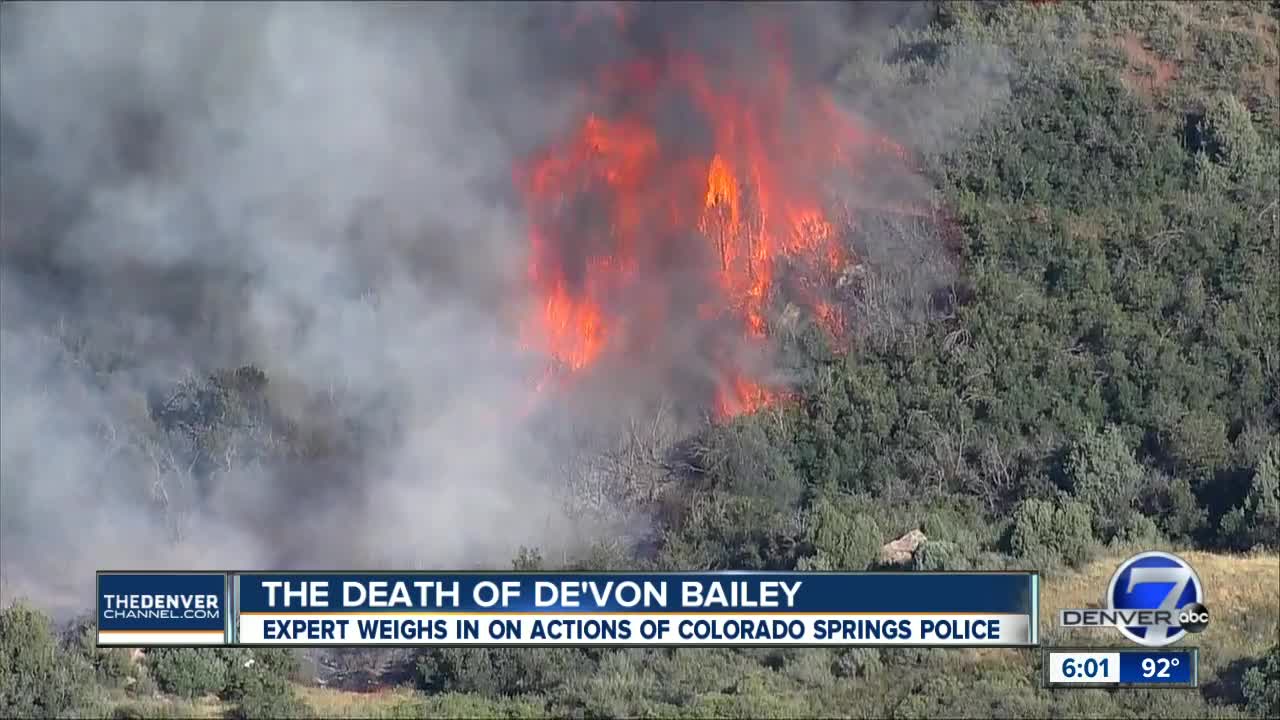 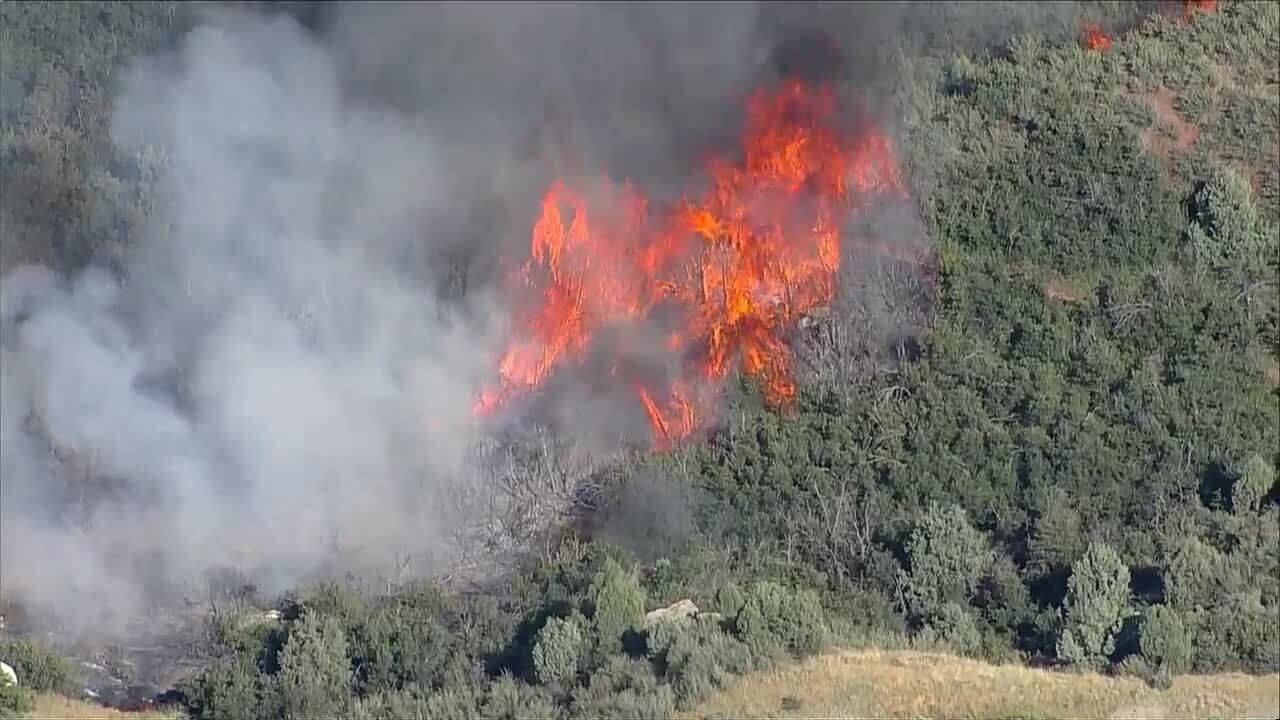 JEFFERSON COUNTY, Colo. – At least two evacuation orders were in place for residents in Jefferson County as a wildfire continued to burn in the area well into the night Thursday.

The first batch of citizens were evacuated just before 5:30 p.m local time as the fire burned near the bottom of Deer Creek Park. Deer Creek Canyon Park, South Valley and Hildebrand Ranch parks were all closed and an emergency alert was sent to people in the area to evacuate via Cougar Drive, according to the Jefferson County Sheriff’s Office

.
Just before 8:30 p.m., a second evacuation order was issued for people living along Samson Road, Mill Hollow Road, Sunburst and Hunter’s Ridge. The sheriff’s office urged residents in those areas to leave their homes immediately as the blaze was not yet contained or controlled, according to fire officials.

In total, 328 homes were affected, but officials said during a 9 p.m. news conference that no structures had been lost and no homes were threatened by the fire.

Evacuees can go to the Ken Caryl Ranch House, located at 767 S. Continental Divide Road in Littleton. Residents with large animals are told to go to the Jefferson County Fairgrounds.

Video showed that fire crews were on-scene at 5:15 p.m. and working to battle the fire with a water cannon. There is a fire station located nearby, and the sheriff’s office said a helicopter was en route to assist at 5:20 p.m.

More than 100 firefighters are fighting the blaze.

This story was originally published by Blair Miller and Óscar Contreras on KMGH in Denver.