Some states should consider scaling back reopening, Dr. Birx says 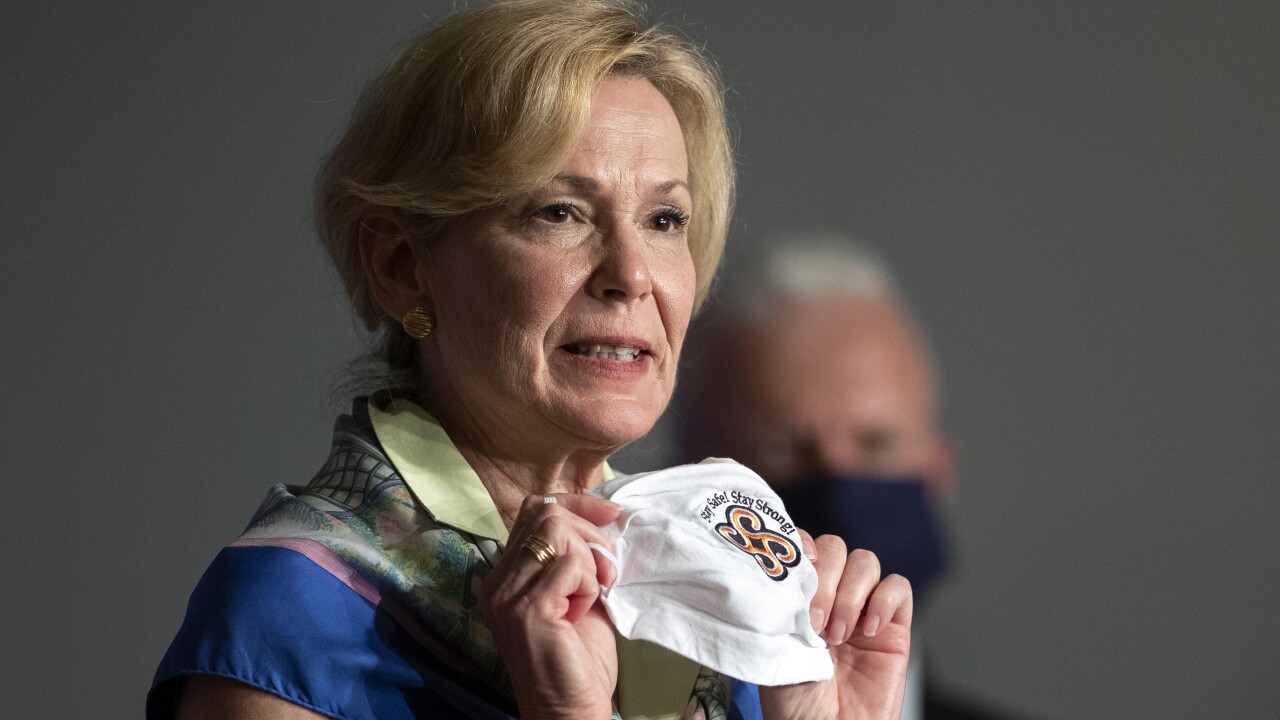 Dr. Deborah Birx, the White House coronavirus response coordinator, said on Wednesday that several states should consider moving back to Phase 1 in reopening due to increased coronavirus activity.

Dr. Birx pointed to Arizona, Texas, California and Florida as states that are seeing a high prevalence of the coronavirus. This comes as intensive care units in Arizona and Florida are reaching capacity.

Amid her pleas to the American people, she encouraged everyone to avoid participating in indoor gatherings, and dine outside rather than inside.

“I think the work that these governors have done to — and ask the American people is it’s stop going to bars, to close the bars, to move to outdoor dining, to decrease indoor — any kind of indoor gatherings again,” Dr. Birx said. “To all of the Americans out there that are in these four states and the states that have — in the report, were in the red zone — because there’s a series of other states that we have in that zone — is really asking the American people in those counties and in those states — in those states to not only use the face coverings — not going to bars, not going to indoor dining — but really not gathering in homes either and decreasing those gatherings back down to our phase one recommendation, which was 10 or less.”

During Thursday’s news conference with the White House’s coronavirus task force, Vice President Mike Pence said he believes the virus could be reaching its peak in hard-hit Arizona and Florida.

“We’re actually seeing early indications of a percent of positive testing flattening in Arizona and Florida and Texas,” Pence said. “Governors in each of those states have taken strong steps to flatten the curve.”

But data from Johns Hopkins University suggests the positivity rate is still going up. In Florida, the seven-day average of positive COVID-19 tests is at 18.7%, compared to just 4% a month ago. The rate of positive tests in Arizona is also up to 26.8%, up from around 11% this time a month ago.

Given the spread, hospital officials in both states are preparing for “surge capacity” to make more ICU beds available to handle a possible influx of patients.

Nationally, the rate of positive tests have increased in recent weeks, showing that the jump in the number of confirmed COVID-19 cases is not just due to increased testing. Nearly 8% of COVID-19 tests are coming back positive, according to Johns Hopkins University data, up from 4.4% four weeks ago.

Notably missing at Wednesday’s briefing was Dr. Anthony Fauci, who has vocalized concerns over US states reopening too quickly.