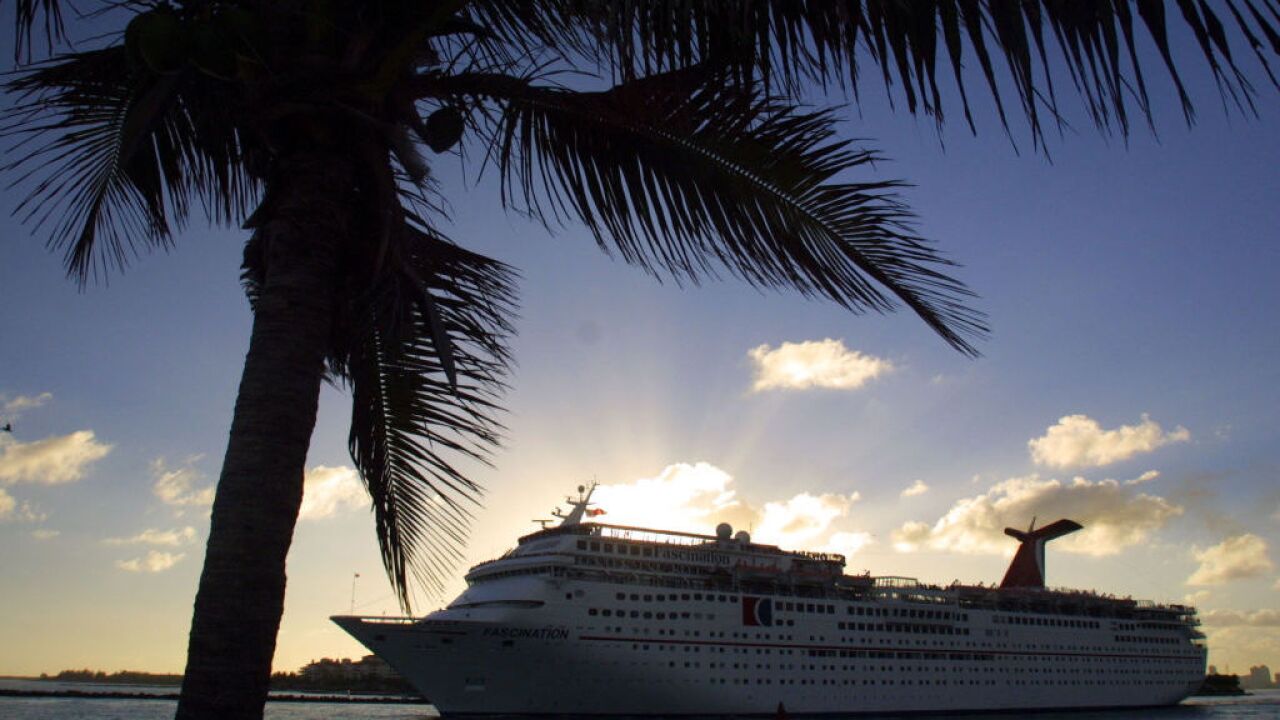 Fantasy, a Carnival Cruise Line ship based out of Mobile, Alabama, was given one of the company's worst sanitation grades, according to details from a surprise inspection conducted by the U.S. Centers for Disease Control and Prevention.

According to the report from the CDC , Fantasy had a litany of sanitation problems, earning it a score of 77 out of 100, with 86 or higher being a passing score.

The worst grade a Carnival Cruise Line ship has ever earned on these inspections is 71, obtained by the ship Legend in 2006. Fantasy's score of 77 is tied for the third worst grade for the cruise line, according to the CDC’s archive of reports . Its cruise ship Breeze also earned a 77 in 2017.

Fantasy had several problems with sanitation, according to the report from the CDC. The problems on the ship included "brown water" being discharged from hoses in the medical area and "a visible film on the top of the water" and "excessive visible debris" in the main pool.

Most notable from the report, however, were the various violations related to food, food preparation and kitchen equipment.

The report noted that there were flies in the buffet area during breakfast.

"During breakfast service, three large bowls of bagels and sliced bread were out for self-service with flies on the food," the report states. "There were not less than 15 small flies on the bagels and bread."

In addition, there were numerous infractions related to the cleanliness of utensils.

The inspection also noted that utensils were stored in soiled water in more than one instance. Also, clean utensils were found mingling with dirty utensils in several areas. In one example from the ship's dinner service, "a spoon was unprotected outside of the sneeze guard on the counter. A staff member took it and placed it under a napkin along with the clean spoons."

Other examples of food and food preparation deficiencies include an ice machine on the ship that was "soiled with black debris" and several instances of sneeze guards not being used or being insufficient due to large gaps between them.

The inspection is part of the CDC's Vessel Sanitation Program , which tries to prevent and control the introduction, transmission and spread of gastrointestinal illnesses on cruise ships by conducting periodic and unannounced inspections.

"The results for Fantasy are not reflective of our robust standards and dedicated commitment to our guests' health and safety," Carnival Cruises said in a statement. "We have already taken corrective action, added additional staff, and asked USPH for a re-inspection as soon as possible, with every expectation that we will exceed USPH."