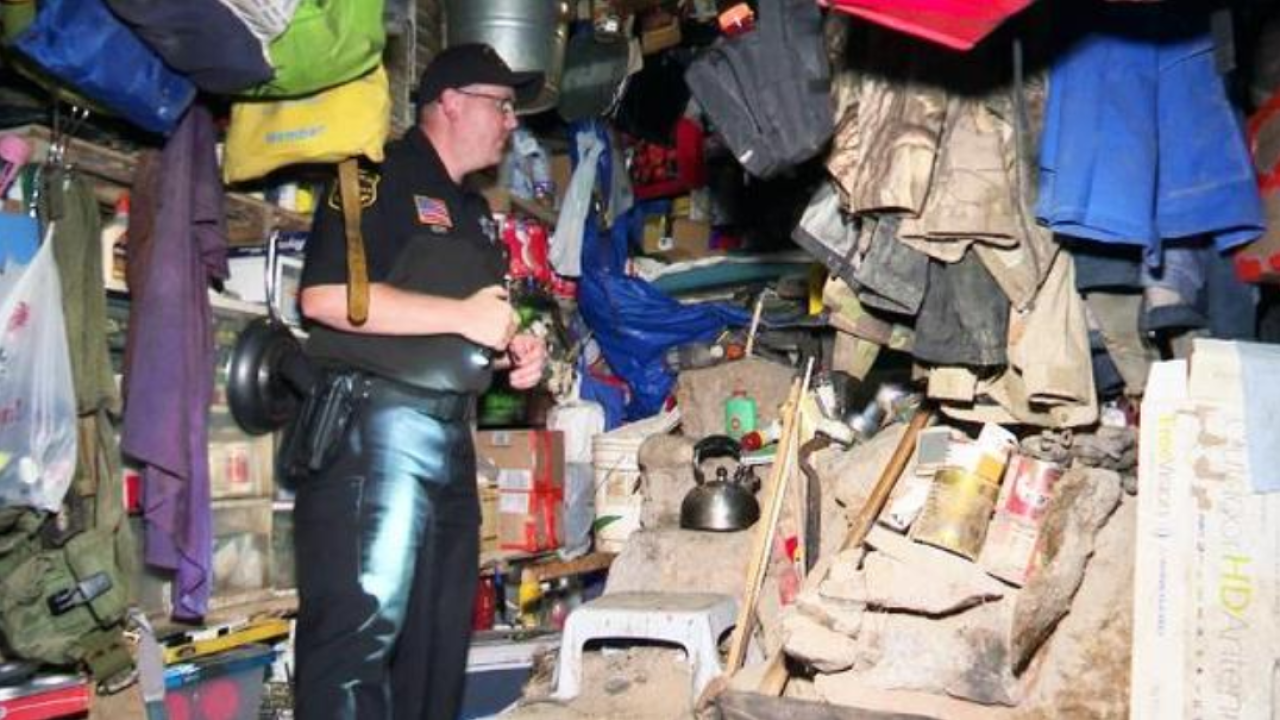 A fugitive facing charges for first-degree child sexual assault and possession of child pornography has been found hiding in an underground bunker in Ringle, Wisconsin. He had been missing since 2016.

Jeremiah Button, 44, was just two weeks away from a jury trial in Portage County, Wisconsin, when he disappeared in early 2016, reports CBS affiliate WSAW-TV . Button had been out on a $25,000 cash bond for about a year and a half when he vanished.

That was when he built the bunker, he would later tell deputies with the Marathon County Sheriff's Office. Carved into an embankment near the Ice Age Trail on state land in the township of Ringle, and protected from sight by thickened underbrush that he planted, Button would escape detection from law enforcement for almost three and a half years until a concerned hunter called police last Friday, August 9.

That hunter, Thomas Nelson, has lived in Wausau all his life, and frequently hunts on the state land near the bunker. He first came upon the site several months ago.

"I followed the brush marks, I saw the door. I couldn't get out of there fast enough," Nelson recalled. But his curiosity persisted, and he returned months later to take a closer look.

"There was no way you could have seen this if you didn't know there was something there," he said. On Friday, he approached the bunker and discovered the door wasn't latched.

He moved a safe distance away, then called law enforcement and guided them to the door of the bunker. Button was taken into custody after a 20-minute standoff with Marathon County sheriff's deputies Friday morning.

When it was over, Deputy Matt Kecker described Button's attitude as almost welcoming, glad for human interaction.

"He told us that he was wanted through Portage County for numerous warrants," Kecker said as he showed WSAW reporter Naomi Kowles around the bunker. Button wanted to talk, and deputies had no trouble getting him to describe how he'd survived the last three humid summers and brutal winters.

"He was not only surviving, but thriving in this structure through all of the different supplies he was able to find," said Detective Lieutenant Jeff Stefonek. "Not a lot of air comes in from the outside, and it was a small enough space that he was able to survive the winters obviously, and keep himself warm, and it's cool down there this time of year, and it is stocked full of all of the items that he was able to pilfer from the Marathon County landfill by sorting through garbage."

The suspect's isolation from human contact was extreme. He'd interacted on and off with the occasional hiker, he told deputies, but apart from that, he'd never left the area.

"Given the chance, I think the majority of the U.S. population would choose prison over this type of isolation from human contact," Stefonek noted.

Button is in custody on a $100,000 cash bond and awaiting a pretrial conference on Sept. 16. Meanwhile, Stefonek said the Department of Natural Resources is taking control of the area and plans to dismantle the bunker.