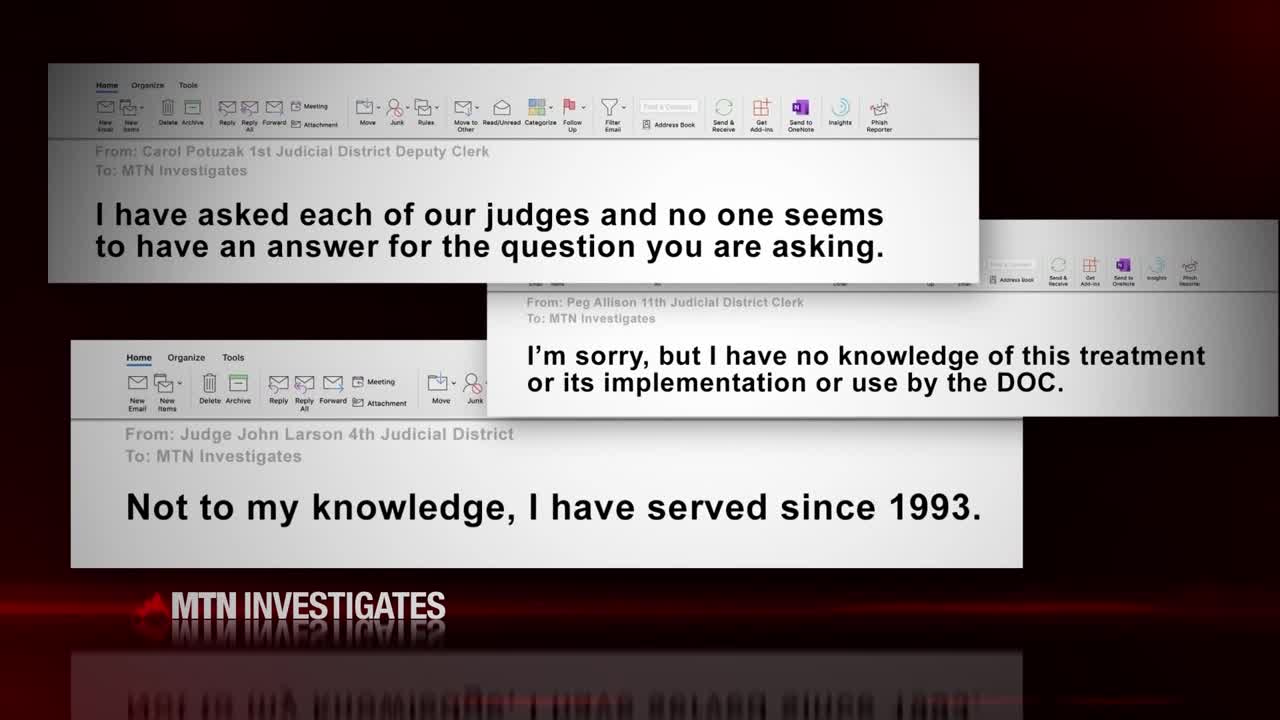 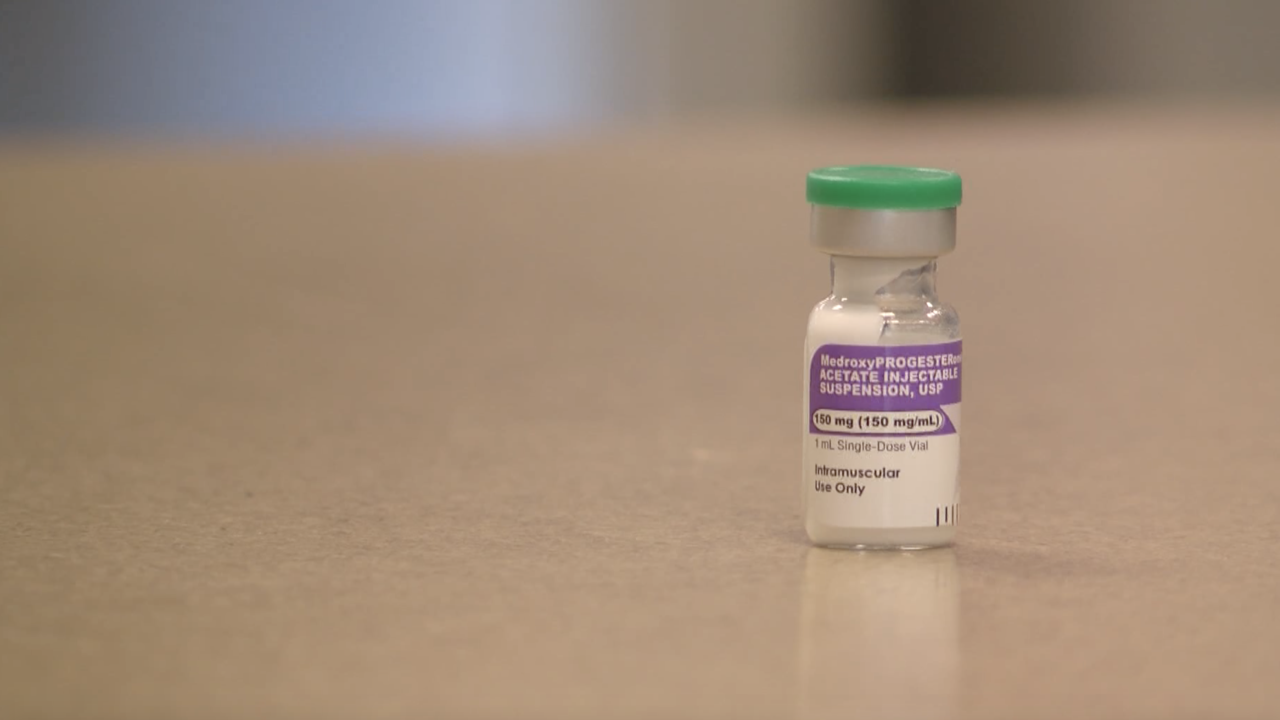 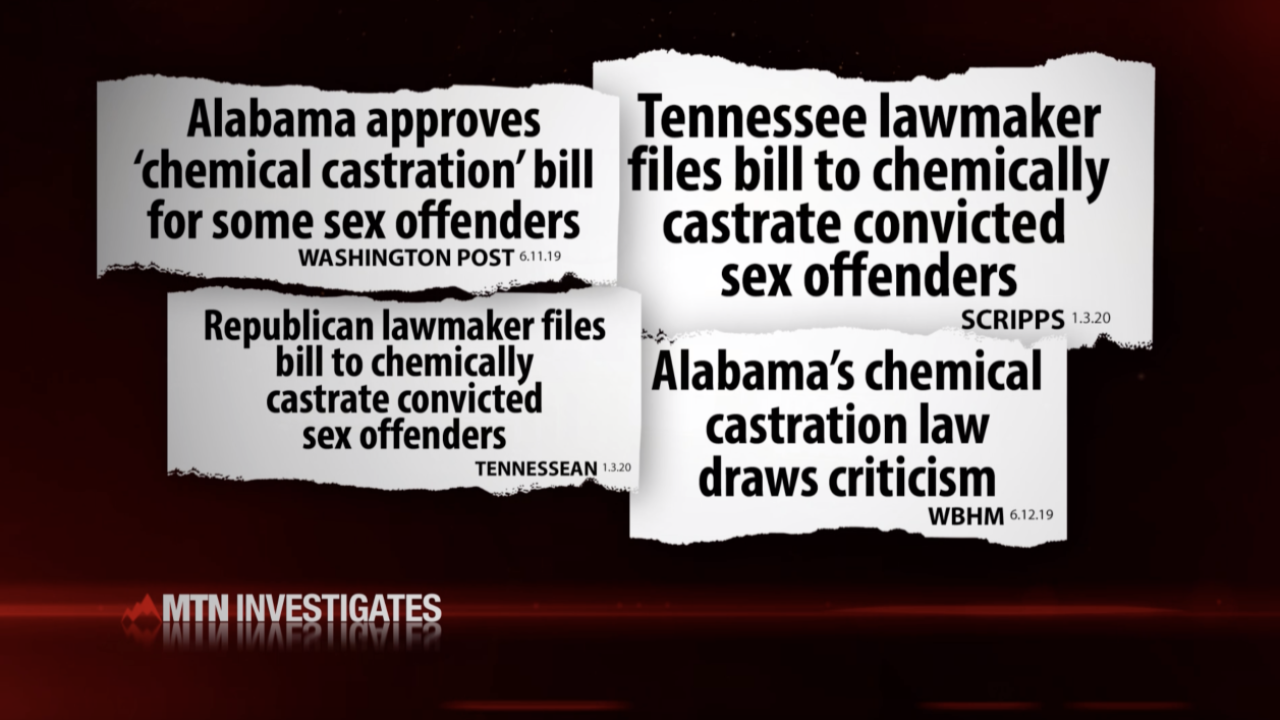 Lawmakers across the country are taking up a controversial way to stop sex predators from reoffending – chemical castration.

Montana, however, was more than 20 years ahead of the game, authorizing it in 1997 – but MTN Investigates has failed to discover whether the treatment has ever been court-ordered or used since its passage.

Now, Tennessee could become the 9th state or U.S. territory to currently use some type of chemical castration law.

Turns out — the concept of chemical castration isn’t new to our state. MTN Investigates is digging up the details on a decades-old law, and it’s unclear if the treatment has ever been used in Montana courts.

Flash back to 1997, when Democratic former state Rep. Deb Kottel introduced a bill calling for chemical treatment for sex offenders leaving prison, paid for by the state.

“This wasn’t about punishing someone,” Kottel told MTN Investigates last fall. “This was about rehabilitation and public safety.”

Kottel is a professor of legal studies at the University of Providence in Great Falls. When she introduced the bill more than two decades ago, she says she thought of some of her online students who had committed sex crimes and wanted help.

“Why wouldn’t we give them the medical tools to make it more likely, they will not offend again?” said Kottel.

Kottel said the treatment was cheaper than prison. Plus, some sex offenders might be interested in the treatment, but would not be able to pay for it themselves.

"I thought, it's crazy, why wouldn't the Department of Corrections pay for that medication?” she said.

At the time, the Office of Budget and Planning estimated the treatment would cost $131 per week, or about $6,800 annually, per inmate. Budget planners figured the Department of Corrections would have to provide treatment to 25 inmates in for the fiscal year 1999, at a cost to the state of approximately $181,000. However, documents said the cost could increase to as much as $1.4 million by 2006.

Republican Governor Marc Racicot vetoed the bill, but legislators overrode the veto, making Montana the second state in the country to pass this type of law.

Under the state’s chemical castration law, chemical treatment isn’t required, but a judge could impose the treatment depending on the number of offenses or severity of a crime.

More than two decades after the law passed, MTN Investigates looked into whether it’s ever been put to use.

MTN Investigates checked with district courts across the state, but we couldn’t confirm one case where an offender received the treatment.

Some people in Montana’s criminal justice system didn’t even know this law existed.

Typically, chemical castration involves giving offenders injections of a drug like medroxyprogesterone, also known as Depo-Provera, which is also a form of birth control for women.

In men, the drug is meant to severely cut back on or eliminate sex drive by reducing testosterone levels.

"In theory, and in practice, what we see is when we reduce the testosterone, we have a lowered level of sexual thoughts, desires, physical aggression,” said Bowman Smelko, a licensed psychologist based out of Helena.

But he says the treatment isn’t a simple fix for sex offenders. According to Smelko, the drug only works when people receive the injections.

“It’s not something that’s cured, and they would have to stay on it forever,” he said.

Smelko said finding a doctor to administer the drug to an offender can also be difficult. Under Montana’s law, a state employee can’t be compelled to administer the treatment if they personally object to the idea.

Additionally, the list of side effects can turn sex offenders away from the idea.

“Bone density loss, heart issues, gastrointestinal issues, the list goes on,” said Smelko. "The side effects would usually drive people away from wanting to do this, despite the positive impact it might have.”

“I can tell you initially most offenders who has issues related to desire of children are very interested in this,” he said. "However, once they research it, they don't agree to it due to all the negative physical side effects.

Smelko said the treatment likely means someone couldn’t even develop a healthy relationship with another adult.

But, Smelko told MTN Investigates he does believe certain offenders with biological desires to hurt children can benefit from chemical castration.

“But without good data to suggest why we’ve arrived there, I wouldn’t say this should be applied to all offenders, across the board, by any stretch of the imagination,” he said.

Nationwide, critics argue the idea doesn’t address the root issues of sex crimes, so it simply won’t work. They also describe the treatment as inhumane.

In 1997, the American Civil Liberties Union of Montana opposed the law, but declined to be interviewed for this story.

Kottel still wonders if the treatment could work. She believes the Department of Corrections didn’t like the idea, but she stands by the concept of chemical castration for some sex offenders.

“We haven’t had the experiment of its use,” she said.

***March 02, 2020: this article was updated to correct that MTN could not confirm that a single offender had received the treatment.***