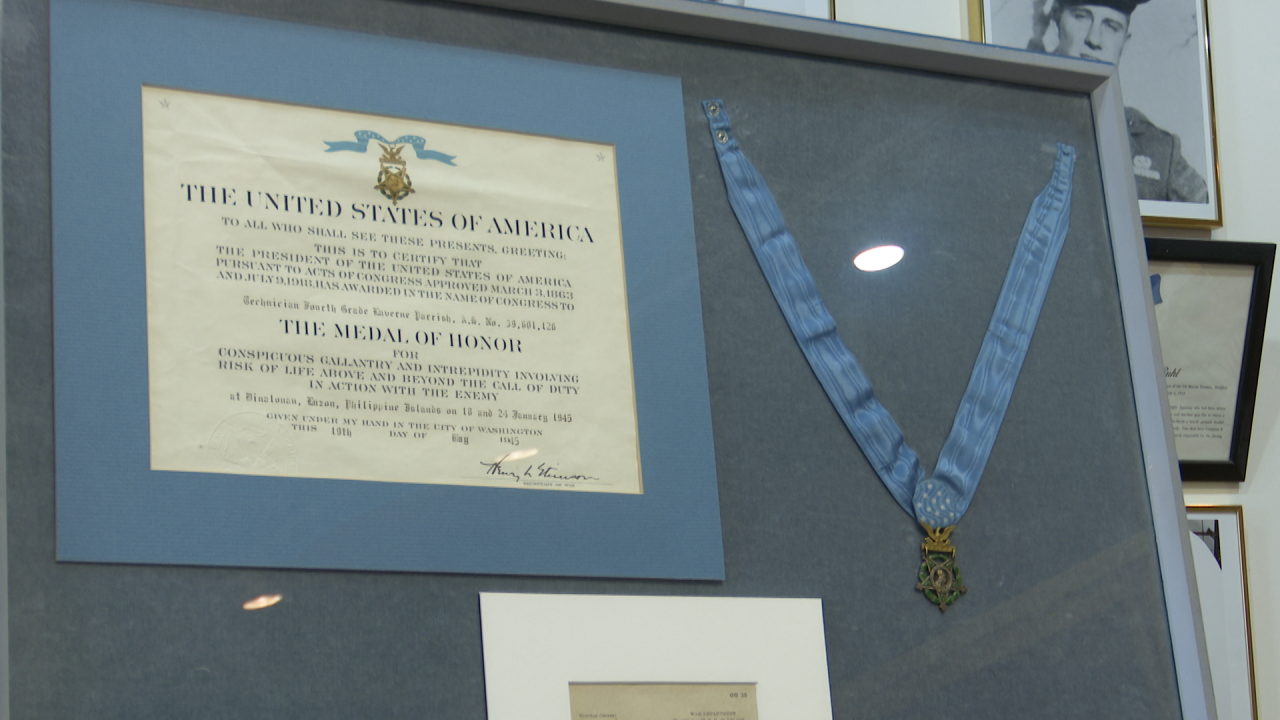 The Montana Military Museum recently received its first Medal of Honor to display. The Parrish family donated the medal to continue the legacy of Technician 4th grade Laverne Parrish.

The Medal of Honor is the nation's highest medal for valor in combat that can be awarded to members of the armed forces. The award is often bestowed posthumously to fallen heroes in recognition for their extraordinary acts of valor.

Laverne Parrish, from Ronan, enlisted at Fort Missoula on April 4th, 1941, according to the National Archives. Parrish served as a Medical Aidman with Company C in Luzon in the Philippines during World War ll.

On January 18th, 1945, military records state that Parrish saw two wounded men under intense enemy fire. After moving one to cover, Parrish crossed 25 yards through open grounds to provide aid to the second.

A similar event occurred January 24th, while Parrish was taking cover in a ditch from enemy fire. Technician Parrish left the ditch and crawled to bring two wounded men to cover in two successful trips.

After treating nearly 37 casualties, Technician Parrish was wounded by mortar fire, and shortly after died.

His bravery was honored by President Truman on June 25th, 1945, with the Medal of Honor, with the citation stating that "Technician Laverne Parrish saved many lives at the cost of his own."

Museum director Ray Read says it is an honor to have these items on display: “We feel very proud that we'll be able to have this on display here in the museum. That's our mission, is to tell those stories. So we've been looking forward to doing this. You can see by the nature of the documents here that we have something very special."