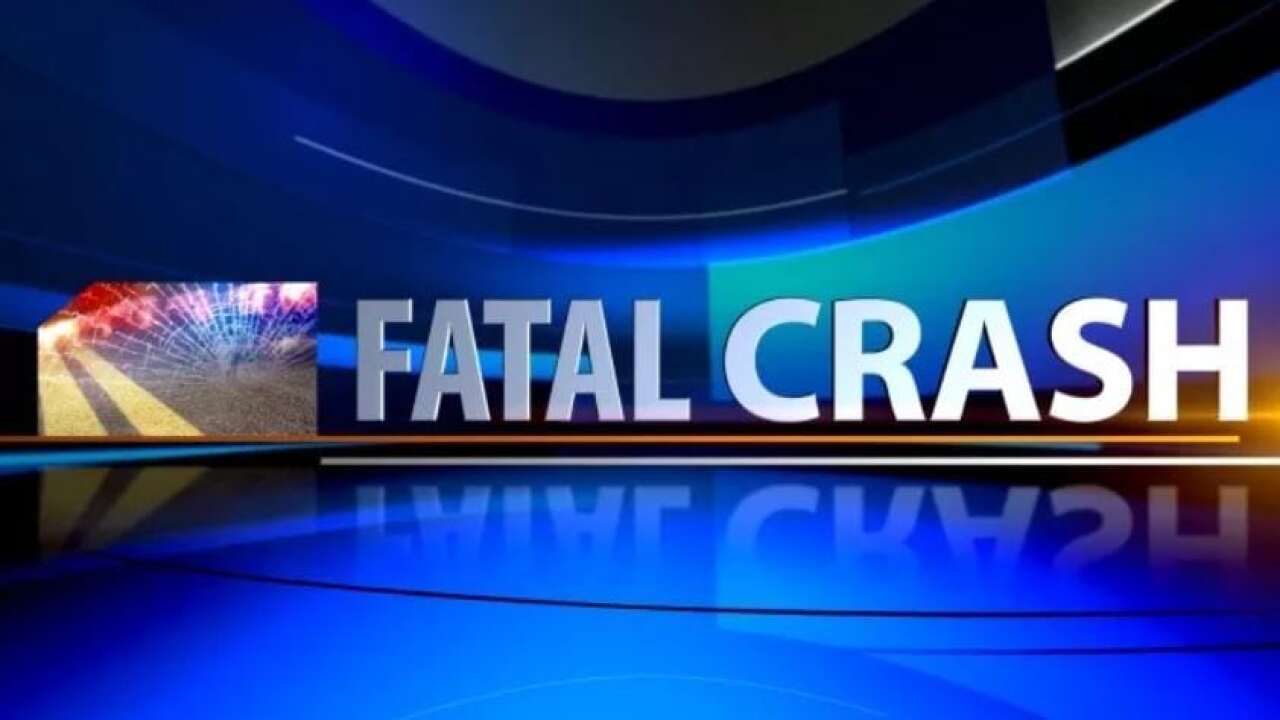 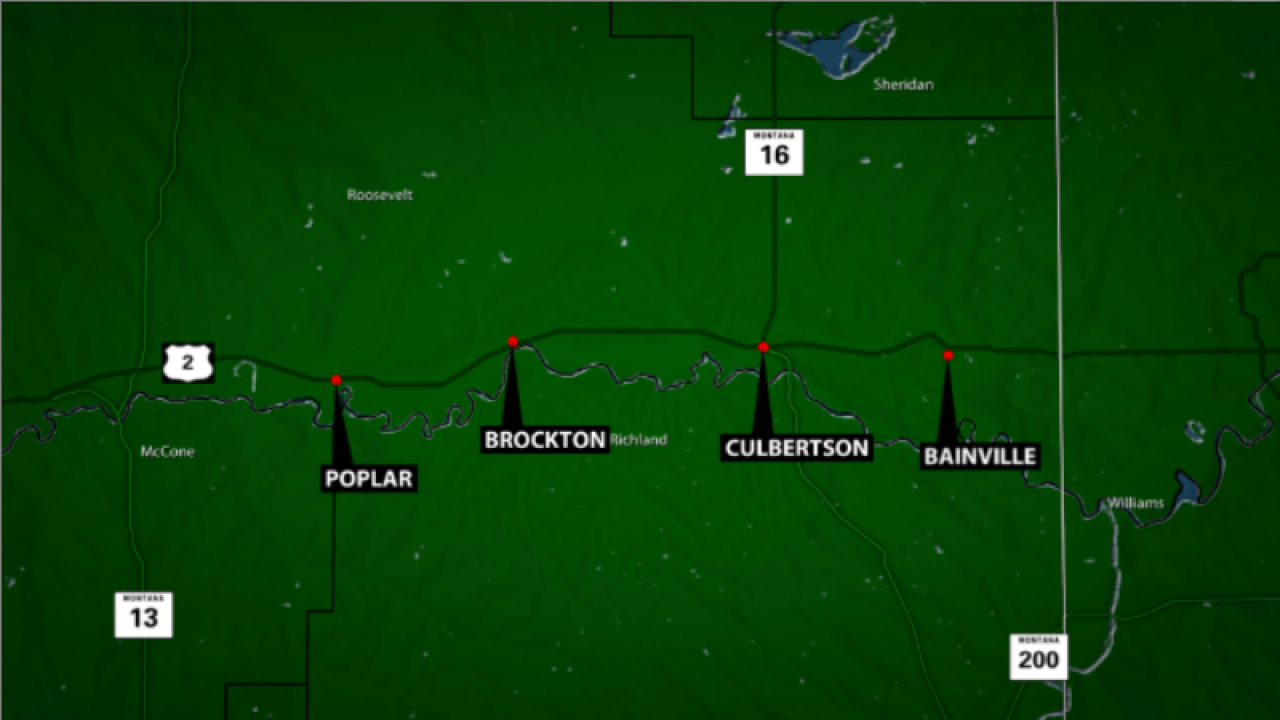 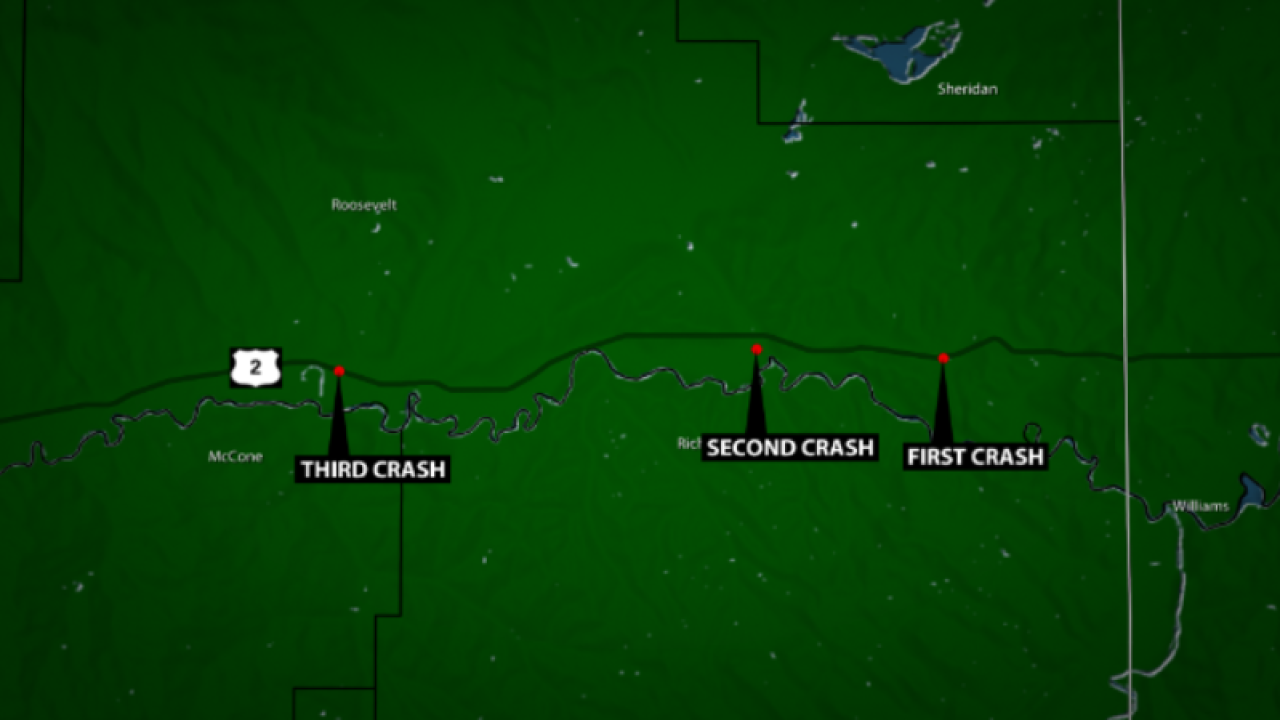 According to Montana Highway Patrol, the first crash, west of Bainville, happened Friday afternoon around 5 p.m. when an International 4000 Box Truck was traveling south on Road 1013 near US Highway 2 and entered the railroad tracks.

The truck was struck on the passenger side by an eastbound train, which broke apart the vehicle. The bed and box parts broke free and landed in the southside ditch, while the cab and chassis rolled into the northside ditch.

Both occupants, an 18-year-old man and a 21-year-old man, both from Culbertson, were partially ejected.

Both men had to be extricated from the vehicle and were both pronounced dead on the scene. Both men were wearing seat belts. Alcohol and speed are not suspected as factors.

Road conditions were reported as clear and dry.

The second crash happened west of Culbertson on BIA 1 at mile marker 2.4 around 2 p.m. Saturday afternoon.

According to MHP, a 2009 Chevy Traverse was traveling east on BIA 1 when the driver attempted to pass another vehicle and swerved to the right to avoid an oncoming car.

The vehicle then traveled 50 feet before hitting an approach, rolling two times and coming to a rest. All three occupants were ejected.

A 66-year-old man was transported to Roosevelt Memorial Medical Center in Culbertson with injuries. The driver and other passenger, a 41-year-old female and a 50-year-old female died at the scene.

All three occupants were not wearing seat belts. Alcohol and speed are suspected factors.

Roads were reported as clear and dry.

The third crash occurred west of Poplar on BIA 1 according to MHP. A 22-year-old man was traveling east in a 2013 Chevy Cruze when he veered right and went 400 feet along the ditch before hitting a metal culvert which catapulted the vehicle 187 feet.

It then rolled multiple times before striking a wooden pole and coming to rest on the roof.

The driver was not wearing a seat belt and both alcohol and speed are suspected as factors.

Road conditions were reported as wet.

According to MHP, this brings the total number of fatalities on Montana roads this year to 114.