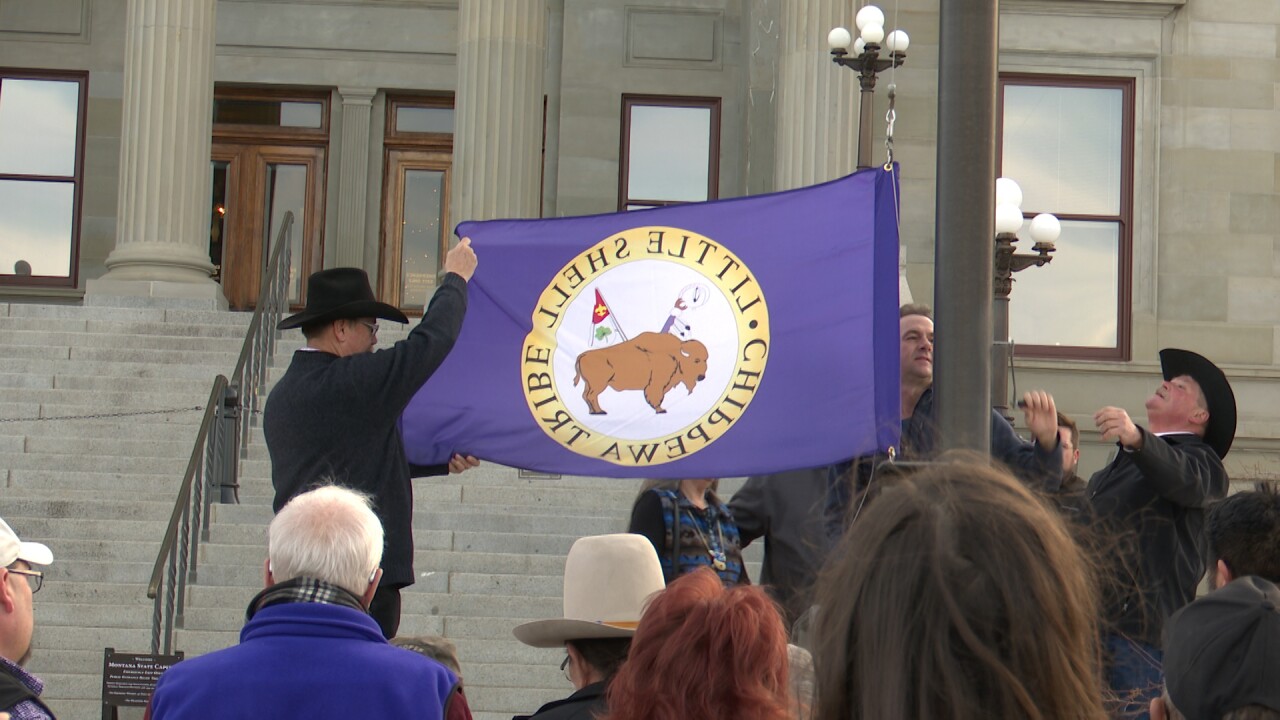 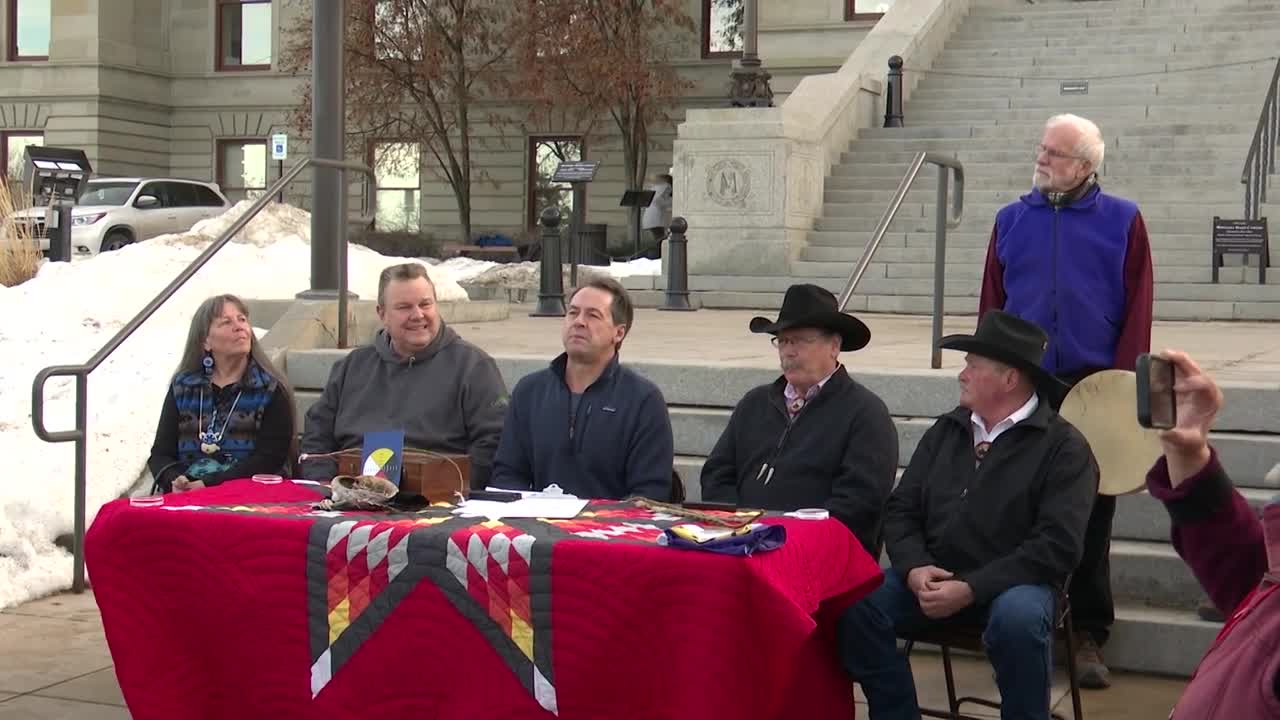 Gov. Steve Bullock, Sen. Jon Tester and leaders of the Little Shell Tribe of Chippewa Indians of Montana gathered in Helena Friday for a celebration, ahead of the tribe officially receiving full recognition from the federal government.

President Donald Trump signed the National Defense Authorization Act, a major defense funding bill, at a ceremony in Maryland Friday evening. The bill includes an amendment granting the Little Shell federal recognition. The tribe has been seeking that recognition for decades.

Dozens of people were on hand at the Montana State Capitol to celebrate the milestone. Bullock signed a proclamation officially marking the day the tribe was fully recognized. Leaders then raised the tribal flag outside the Capitol, where it will fly through Saturday. The Magpie Singers performed two songs to mark the occasion.

Clancy Sivertsen, vice-chair of the Little Shell Tribe, said it was a momentous day for them.

“It’s just unbelievable,” he said. “It finally gives the Little Shell Tribe of Chippewa Indians of Montana an identity, it enhances our culture down the road, we’re finally able to deal one-on-one with the federal government.”

The Little Shell Tribe, headquartered in Great Falls, includes about 5,400 enrolled members. The tribe has a long history, dating back to followers of Chief Little Shell, who were left without recognition or a land base after disputes over a federal treaty in 1892. While the state of Montana has recognized the Little Shell since 2001, efforts to win federal recognition had fallen short until this year.

“I certainly applaud the tenacity of every member of the Little Shell who have fought patiently and endlessly and tirelessly to see this day here,” Bullock said.

Tribal leaders say federal recognition means important support for things like education and health care. As a recognized tribe, the Little Shell will have access to federal funding and services through agencies like the Bureau of Indian Affairs and Indian Health Service. The legislation also states the U.S. Department of Interior shall acquire 200 acres to serve as a land base for the tribe – which Sivertsen said was a major step for a group that has often been called “landless Indians of Montana.”

In recent years, all the members of Montana’s congressional delegation – including Tester, Sen. Steve Daines and Rep. Greg Gianforte – have worked with the Little Shell on several attempts to get recognition through Congress. This was the first time one of those efforts made it to the president’s desk.

“Today will forever be remembered by the Little Shell Tribe and all of Montana. After more than a century of perseverance, the Little Shell Tribe is finally federally recognized,” Daines said in a statement. “Congratulations to Chairman [Gerald] Gray who has fought this fight with grace and patience. It’s been an honor to work with him over the years to get this done. I thank President Trump for signing this into law, and I look forward to celebrating with the Tribe in Montana.”

Sivertsen said tribal leaders see this moment as just the start of a new chapter in the Little Shell’s history.

”This is just fantastic news – what a great Christmas present – but now that it’s signed, the work begins for us to get everything set up, and work for the members to make sure that our government is set up and our judicial and all the programs are put together,” he said. “It’s going to be a lot of work, but it’s worth it.”

He said he was reminded that many people had started to wonder whether they could actually accomplish this goal.

“For years and years, people said it was ‘the day that would never come,’” he said. “When they heard this on the news, that we were actually going to get recognition – I said, ‘The day is here. We got it.’”