The "clumsy" cat was born with cerebellar hypoplasia 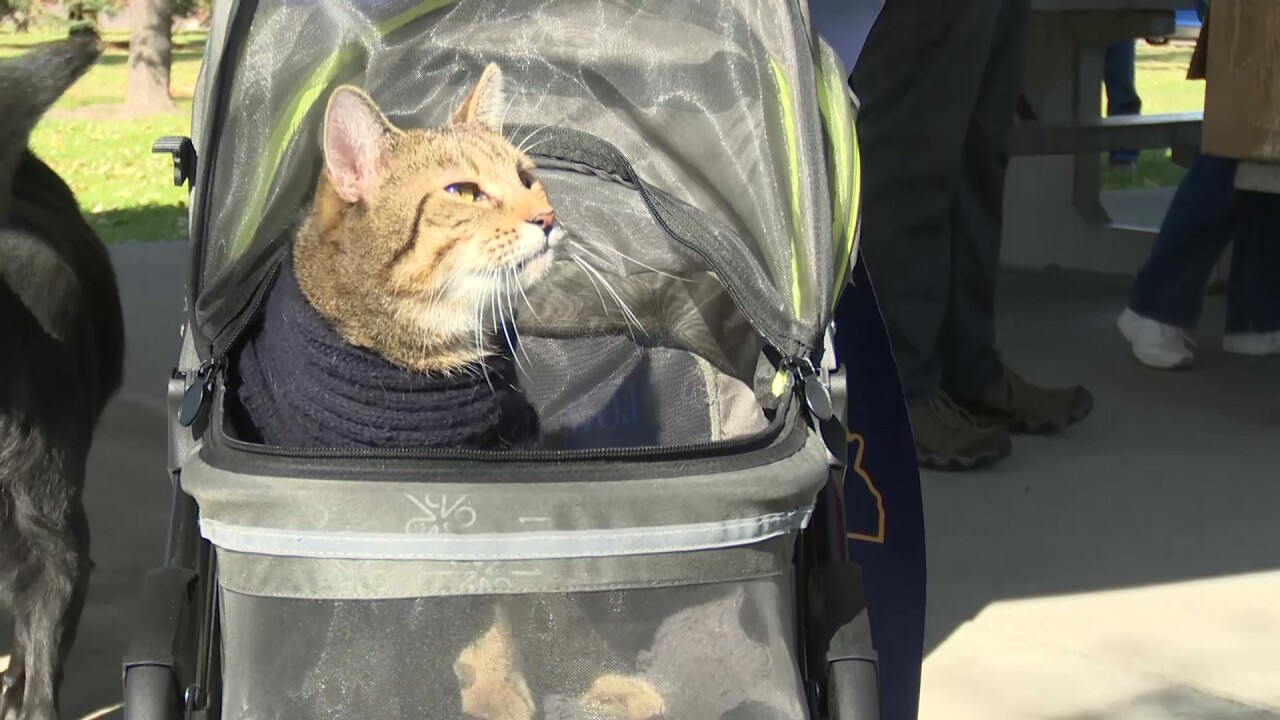 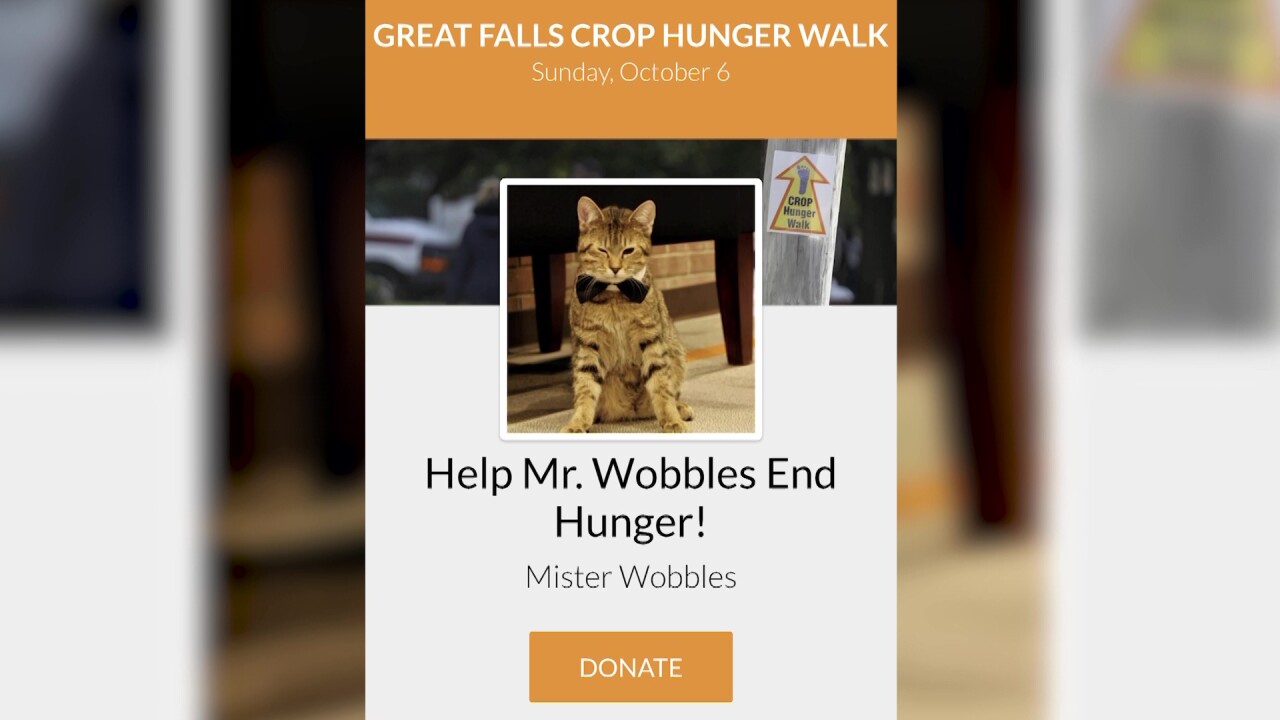 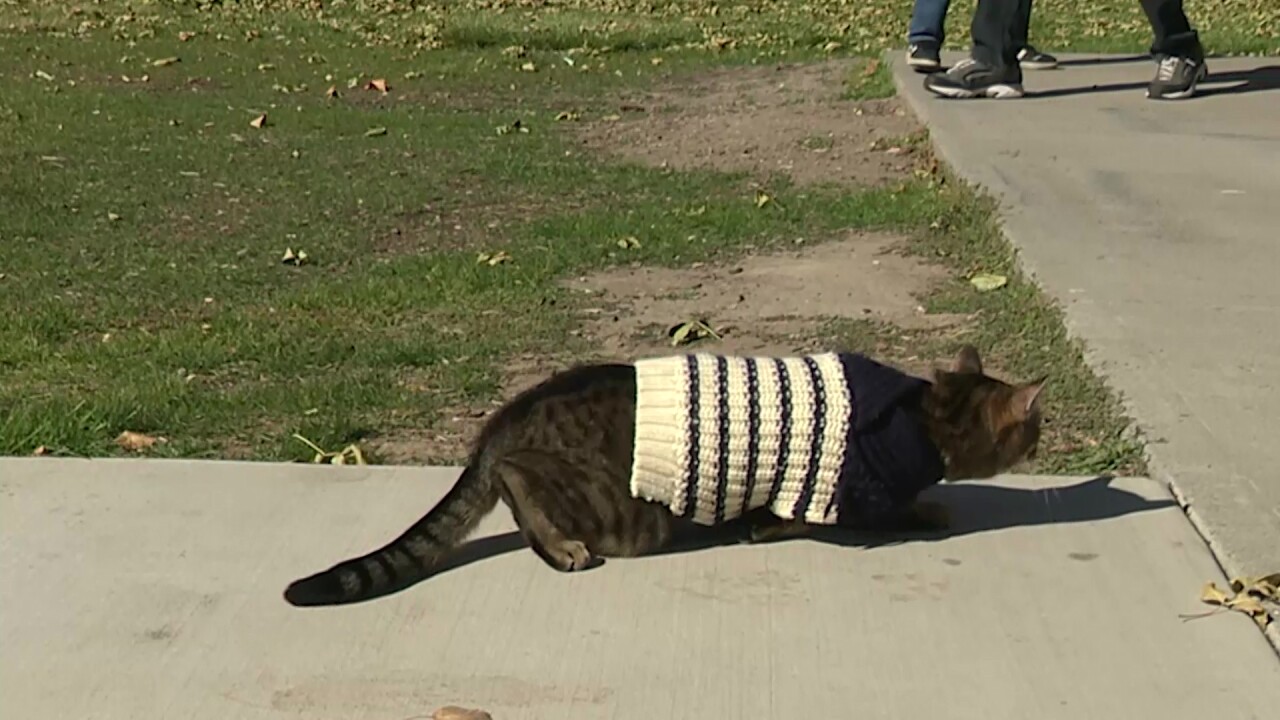 The goal is to fight hunger and help with disaster relief, with participants walking more three miles on their mission for change.

But one of the participants was a bit smaller and furrier than the others: Mister Wobbles, a fundraising feline who wobbled his way toward raising awareness.

Mister Wobbles generated $110 for the annual walk, taking the lead against many independent fundraisers.

Owner Meghan Wakeley explained how her pet is truly unique - in more ways than one.

“Mister Wobbles has been helping to raise funds for various charities ever since he was born,” Wakeley said.

He was born with cerebellar hypoplasia , a condition where the cerebellum fails to develop properly, causing difficulty with fine motor skills, balance, and coordination. The condition is not painful or contagious. "It affects their balance, it makes them pretty wobbly," she explained.

Cats with CH are often disregarded because of their disability.

“A lot of people see cats with cerebellar hypoplasia and they think that something’s really wrong with them so they don’t adopt them,“ Wakeley said.

“We figured one of the good ways to help raise awareness about him and other cats with his issue was to have him start doing fundraisings.”

“He also helped raise awareness with the Pet Paw-see and for other organizations to raise money for cerebellar hypoplasia.”

There might be more fundraising in this feline’s future.

“Any other walks that come along I bet he’d love to participate,” Wakeley said.

You can learn more about the CROP Walk at its website , which includes this overview: