First picture of 25 year old Kaden Laga with family after being rescued from Selway Wilderness of Idaho
Posted: 3:26 PM, Aug 17, 2019
By: Melissa Rafferty 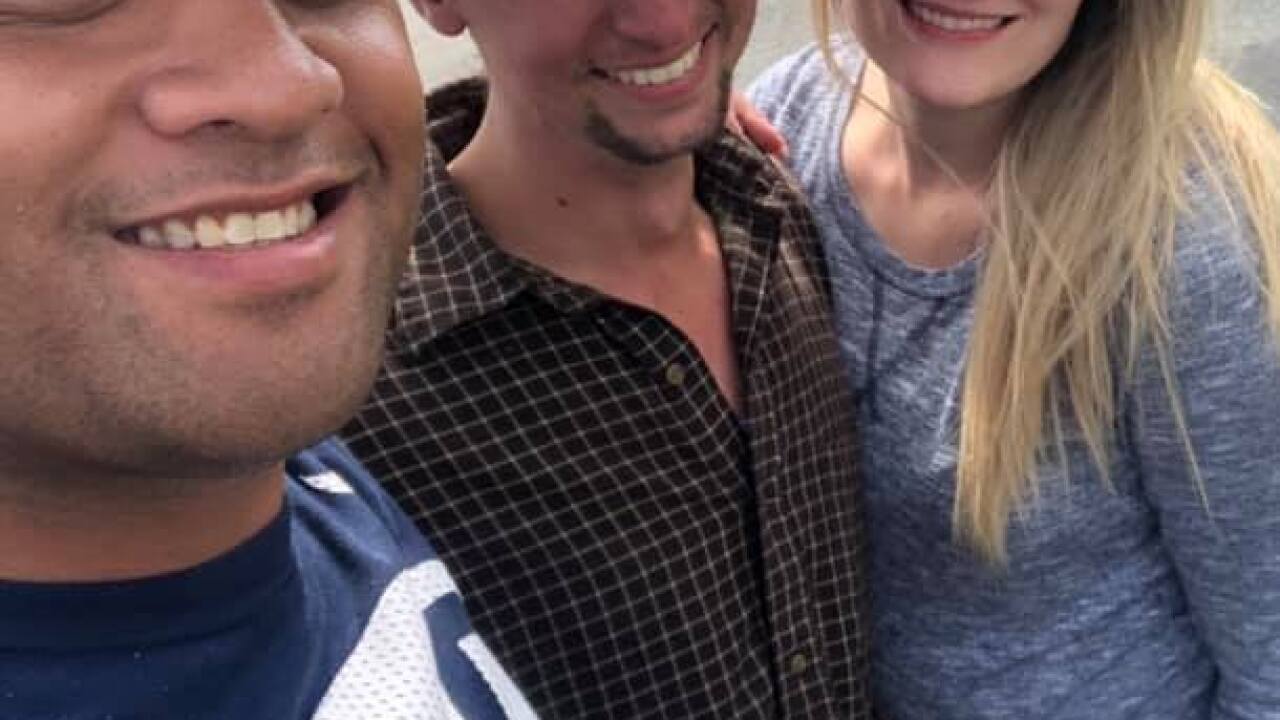 The family of lost hiker, 25 year old Kaden Laga of Utah, releases picture of the man and his family Friday afternoon taken at the Hamilton airport, after spending 5 days in the remote wilderness.

Ravalli County Sheriff Steve Holton reports Laga was reunited with his family at approximately 4:00 p.m. Friday at the Hamilton Airport.

Laga was airlifted from the Selway Wilderness to the airport by Allen Jessop of Choice Aviation.

Laga was healthy and did not require medical attention, according to Sheriff Holton .

On the community Facebook page, "Search for Kadan Laga", his wife Arden states Laga was cracking jokes the whole time and was "so excited to take a shower, which was about an hour long."

In a press release, Holton thanked all of the volunteers who have searched for the last several days, especially Ravalli County Search and Rescue, the MT Army National Guard, Two Bear Air, and Choice Aviation.

Laga became separated from his family Sunday on a horseback trip.