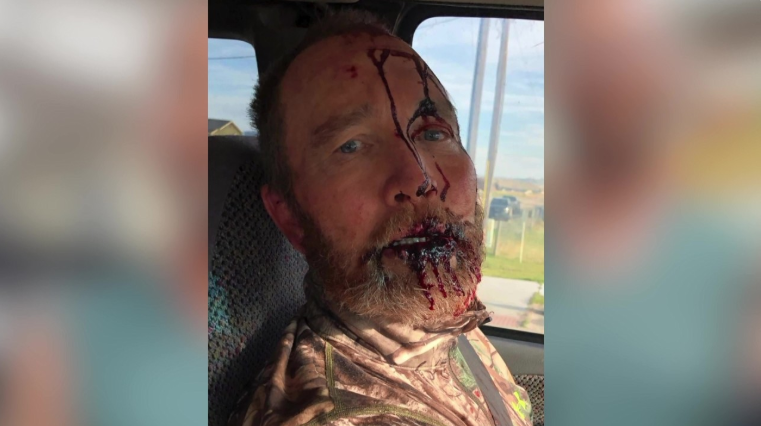 Survivors of the first attack have been released following medical treatment. The man injured in the second attack remained hospitalized Wednesday in Butte but was in stable condition.

FWP said in a news release Wednesday it’s still unclear whether the same bear was involved in both encounters.

The four hunters involved in the incidents had taken steps to educate and prepare themselves for hunting in grizzly country.

Hunting with a partner contributed greatly to their survival, according to FWP, both in ending the attacks and with being able to get medical attention. Both parties also had a means of defending themselves, which is important when recreating in bear country.

The two men said they were walking single file up a hill when they heard a noise. They both turned to see a bear charging toward them. The bear struck one of the men as he was reaching for his bear spray. The man fell to his hands and knees and the bear grabbed onto his backpack.

The other man deployed bear spray. When the spray reached the bear’s face, the bear let go of the first hunter and attacked the other hunter.

The man continued spraying the bear’s face, and the bear eventually let go and left. The two men were able to walk back to their truck, which was nearby, and drive to Ennis for help.

Once they were released from the medical facility, the two hunters went to Shedhorn Sports in Ennis - still wearing hospital gowns - to get new clothing.

“They were dressed in hospital clothing which was a little odd to start with," Terri Lynn James of Shedhorn Sports said. "He had a pretty big gash in the back of his head that you couldn’t see that was bandaged and the other guy had injuries around his groin area but they were in good spirits.”

James posted on Facebook : "Workin at Shedhorn today, a couple of guys came in just after the Grizzly attack! They had guns but said the bear spray is what finally did the trick!"

Shedhorn Sports owner Rob Gallentine and FWP agree that both of the hunters who stopped into Ennis, bruised and bandaged, were prepared - and that may have been what saved their lives.

“Things have changed so much in the past 10 years or 20 years, you know, where you just wouldn’t want to hike the Madisons or the Gravellys or any of the mountains without bear spray," Gallentine said.

The second attack happened about 6:30 p.m. as two archery hunters from Washington were walking north toward Cottonwood Creek. They said they heard a noise and saw a bear charging at them. The bear struck one of the men, who initially fell face-down.

During the mauling, the man ended up laying on his back with the bear on top of him. The man’s hunting partner shot at the bear with a pistol, and the bear stepped away but did not immediately leave.

The bear charged two more times but did not make contact with the hunters again as both hunters fired shots at it until it departed. It’s unclear how many shots were fired or whether any of them hit the bear.

The two men were able to leave the area on their own. The injured hunter was treated initially in Sheridan and was later transferred to Butte.

The U.S. Forest Service on Tuesday closed Cottonwood Road, which runs through the area where the attacks occurred. Prior to the closure, FWP wardens and Forest Service law enforcement officers notified other hunters in the area.

Both agencies also searched for several hours for a bear in connection with the attacks, but none was located. The investigation will remain active this week despite challenging weather conditions.

Further management action is pending the outcome of the investigation.

Attacks from grizzly bears are most common in surprise close encounters with humans. Bears are especially active during the fall months as they seek protein and calorie-rich foods in preparation for hibernation.