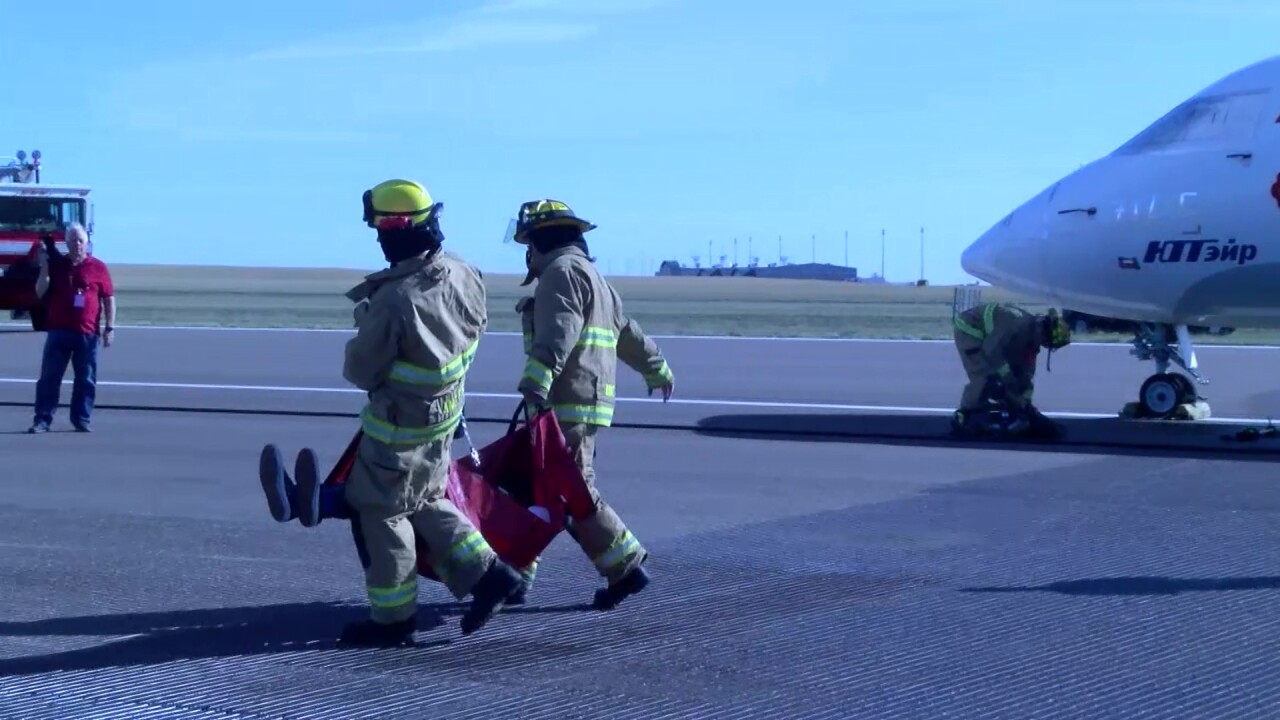 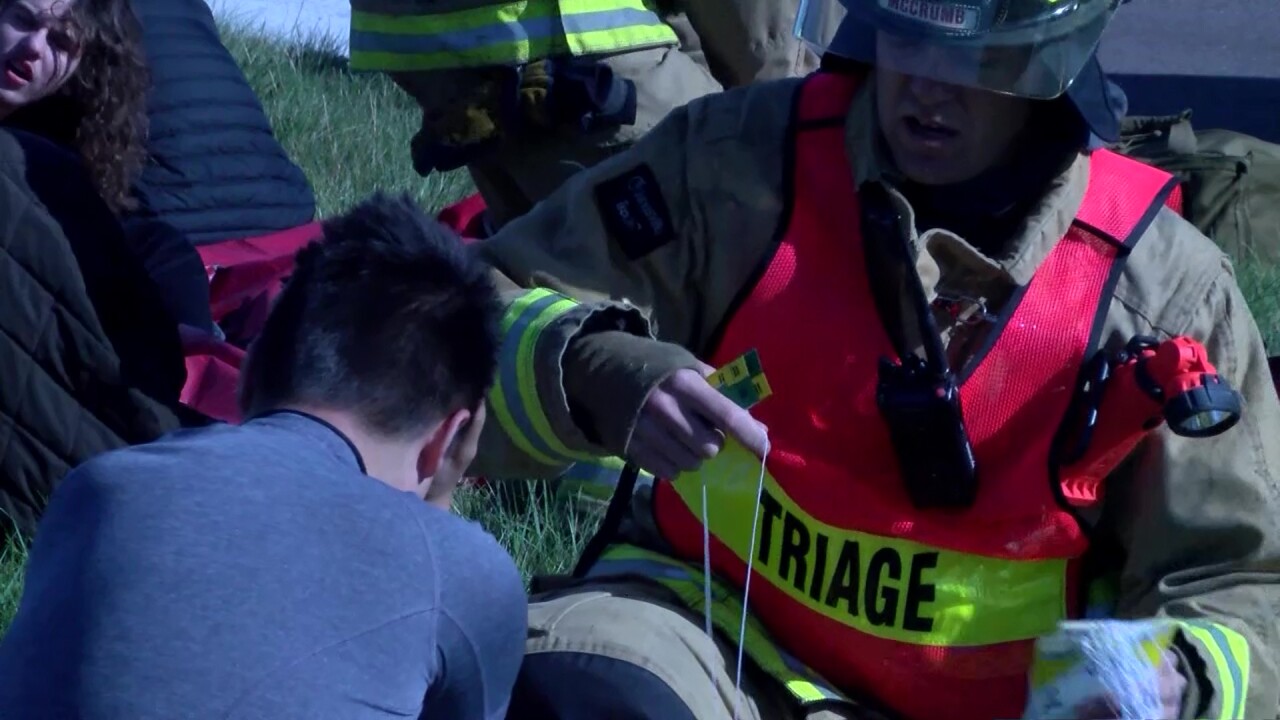 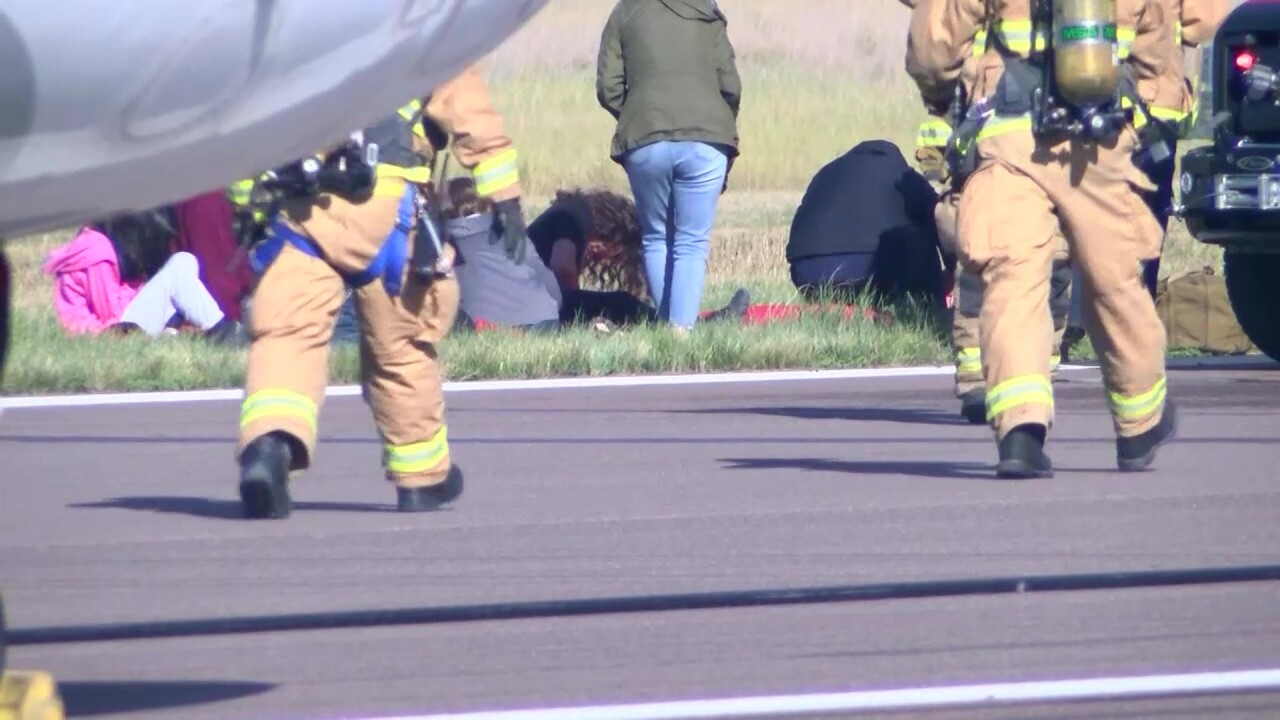 The exercise did not disrupt any air traffic, but travelers and nearby residents might have noticed several emergency vehicles entering airport property starting at around 10 a.m.

Airport Public Safety Manager Kent Funyak said that there were at least 15 public-safety agencies involved, and that the purpose of the exercise is to make sure everyone is on the same page, should an actual event like this occur.

“It’s good that we exercise together like this,” said Funyak. “We do it as often as we can but there’s always things like communications that come up and we need to test those. There’s new technologies out there that have made things easier and it’s just good to test everything.”

The airport worked with the Cascade County Community Emergency Response Team, Malmstrom Air Force Base, the Montana Air National Guard Fire Department, and several other agencies to rescue around 20 “victims” from the grounded plane. The simulation lasted around two hours, and even included ambulances coming onto the runway to pick up the acting victims and take them back to the terminal.

The Community Emergency Response Team, or CERT, also had a number of volunteers at the scene to play different roles.

“Our CERT members were some of the volunteers,” said Cascade County CERT President Jenny Watson. “They were victims, evaluators, kind of evaluating how everyone was doing, and then we had some people that were safety, they would look to make sure everyone was safe and if anything went wrong, they would make sure no one got hurt.”

The airport takes part in a number of safety checks and exercises like this every year to stay prepared in the unlikely event that a disaster of this nature happens.