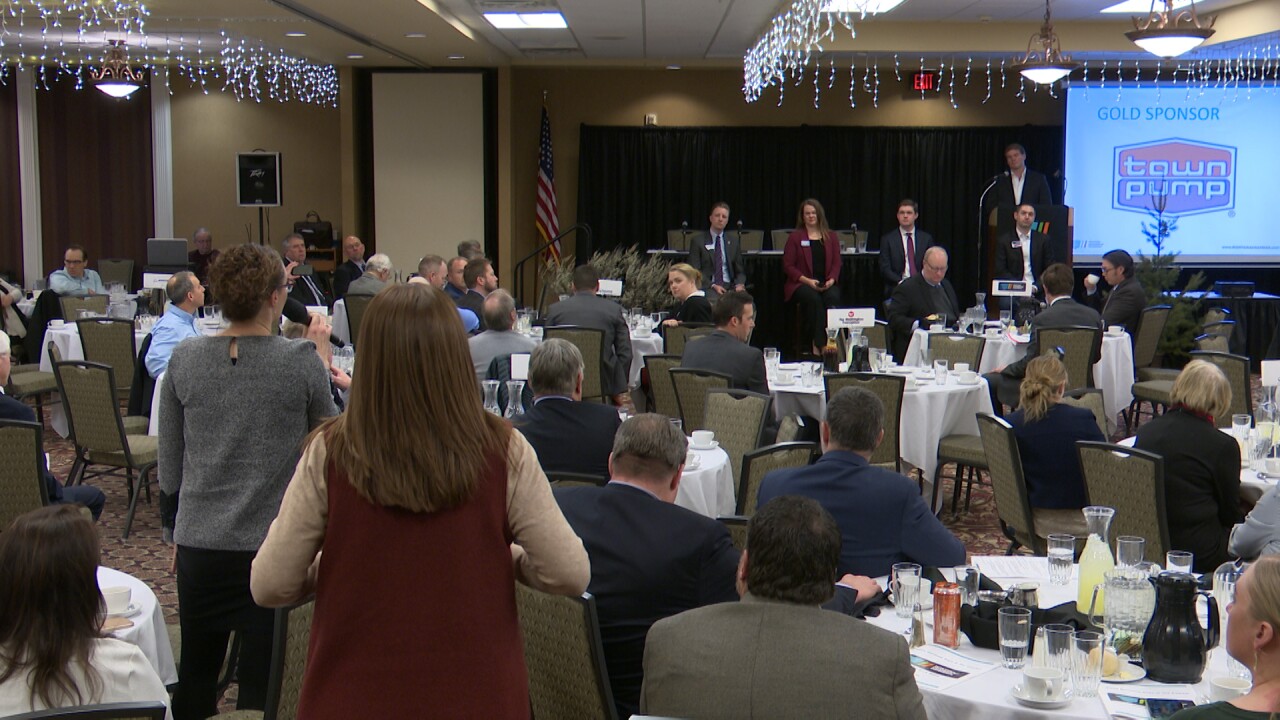 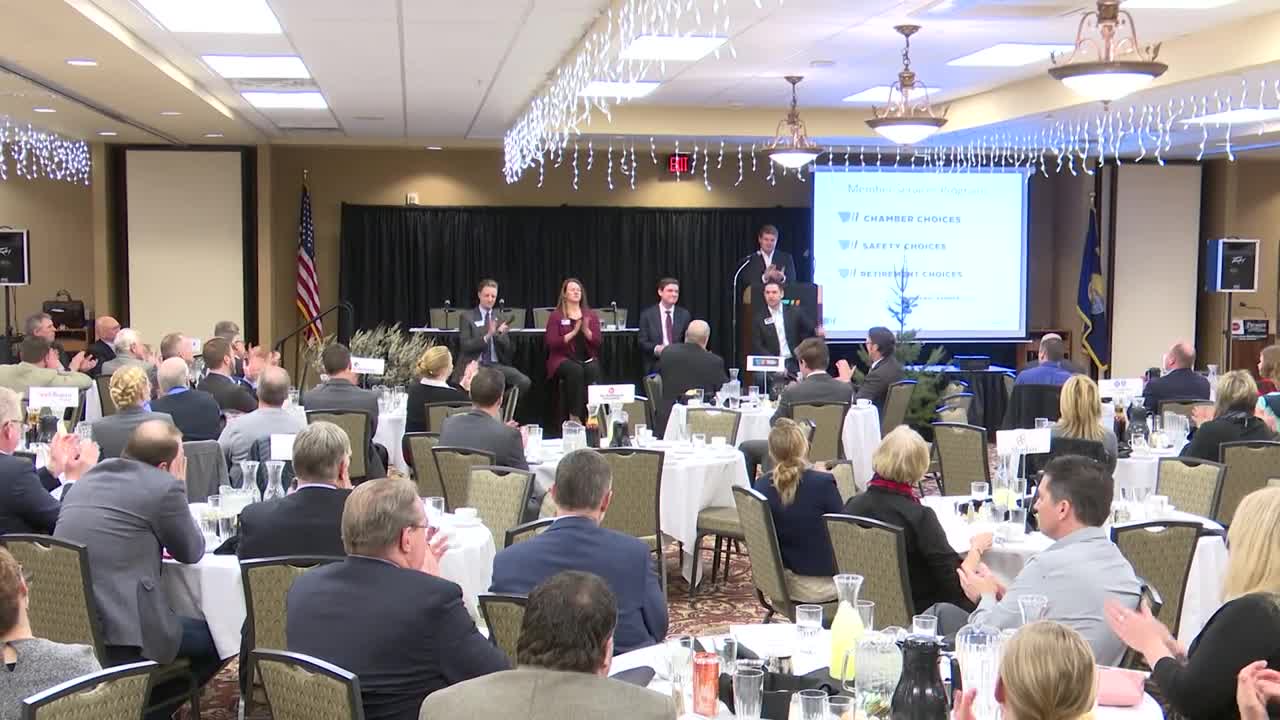 The four candidates seeking to become Montana’s top lawyer met Monday for a forum in Helena.

The Montana Chamber of Commerce brought together the four announced candidates for attorney general – Republicans Jon Bennion and Austin Knudsen and Democrats Kimberly Dudik and Raph Graybill – as part of its annual “Business Days at the Capitol” event. The candidates answered questions on their legal philosophies and issues like drug enforcement, DUI laws and consumer privacy.

The attorney general’s office will be open in this year’s elections, as incumbent Tim Fox is term-limited and cannot run again.

Bennion is currently the chief deputy attorney general, and says that’s given him valuable experience. He said he wants to continue the work the Montana Department of Justice has done under Fox, focusing on issues like public safety and opposing government overreach.

“The office needs somebody that’s going to have the right kind of experience, the right judgment, the right work ethic, and a record of accomplishment to make sure they can carry out the important mission of the Department of Justice,” Bennion said.

Knudsen was elected Roosevelt County attorney in 2018. Prior to that, he served in the Montana House of Representatives, including two terms as speaker. He highlighted his experience in natural resource law and as a prosecuting attorney, and he promised to take a hard line on methamphetamine and other drug-related crime.

“We need an attorney general who’s actually dealt with this problem and who’s going to be aggressive,” said Knudsen. “I’m the guy who’s going to come in here and be looking out for Montanans, the taxpayers and the businesspeople – and not the bureaucracy here in Helena.”

Dudik is a state representative from Missoula. She pointed to her breadth of experience – as an attorney in private practice, a deputy county attorney and a lawmaker. She said, in the Legislature, she has been able to bring people together on bills to address issues like human trafficking and child sexual abuse.

“It’s a hallmark of my approach to what I’ve done in public service; it is a hallmark of what I’d do as your attorney general,” Dudik said. “The things I think we need to do are connect with each other, communicate, collaborate and then create solutions.”

Graybill is currently the chief legal counsel for Gov. Steve Bullock’s office. He said that role has given him experience representing Montana in the type of big cases the attorney general has to handle. He argued voters should look at this election as choosing a lawyer for the state.

“You’re going to hear from a lot of great candidates this cycle, on a lot of great ideas,” said Graybill. “But when it comes to this office, I think we have to constrain ourselves to, ‘What does the AG actually do? Is this a lawyer that I want to hire?’”

Chamber leaders said a state’s legal system is of great importance to business owners, so they were glad to give their members a chance to hear from the people who could be Montana’s top attorney.