Bishop-elect Fr. Austin Vetter settles into Helena ahead of ordination 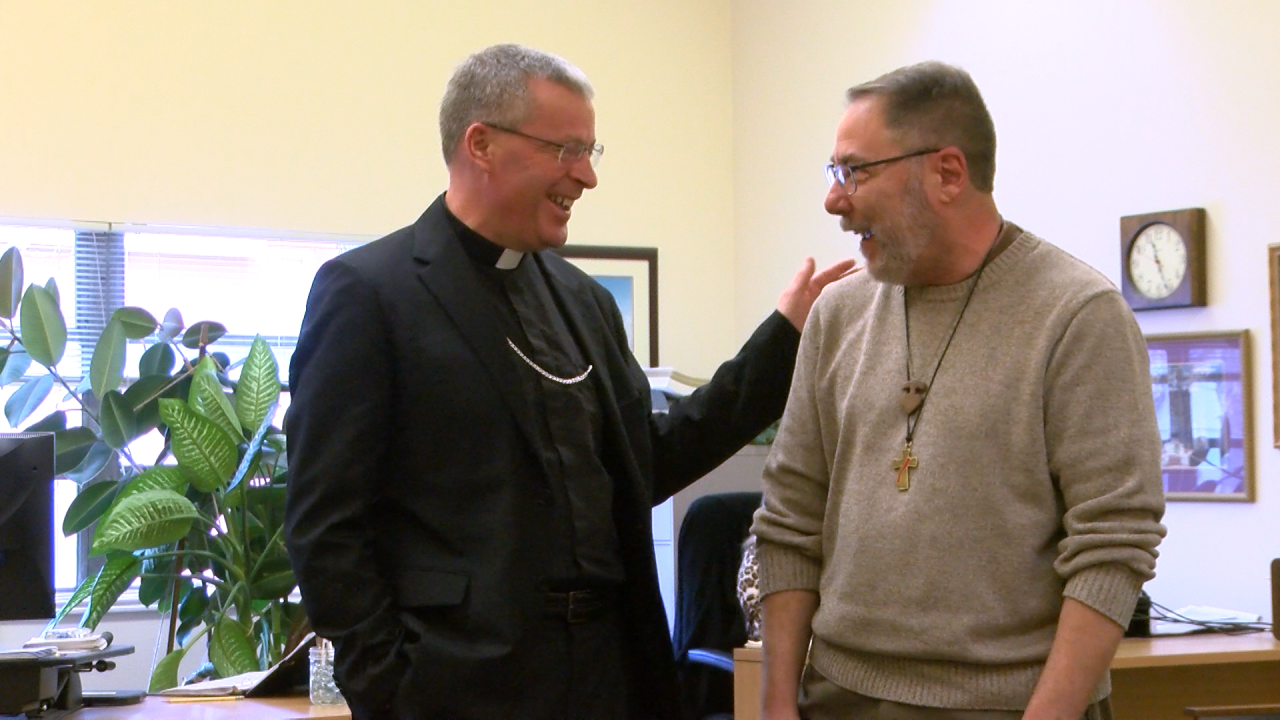 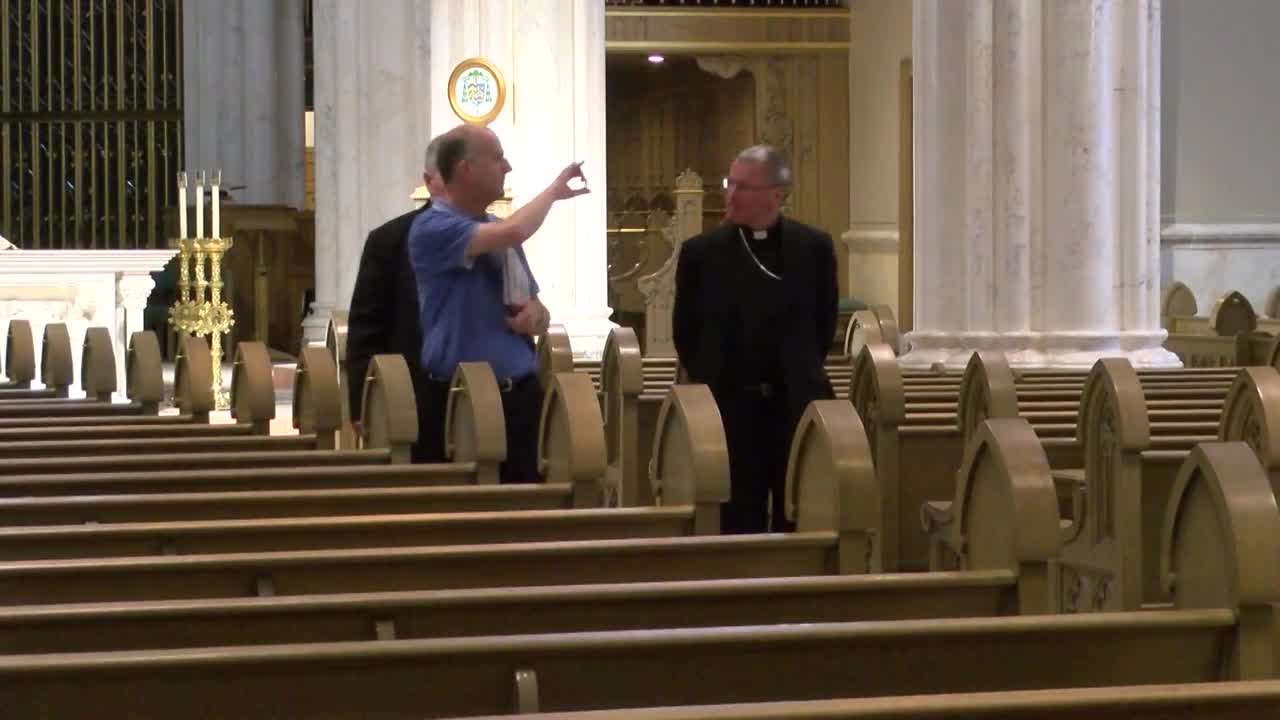 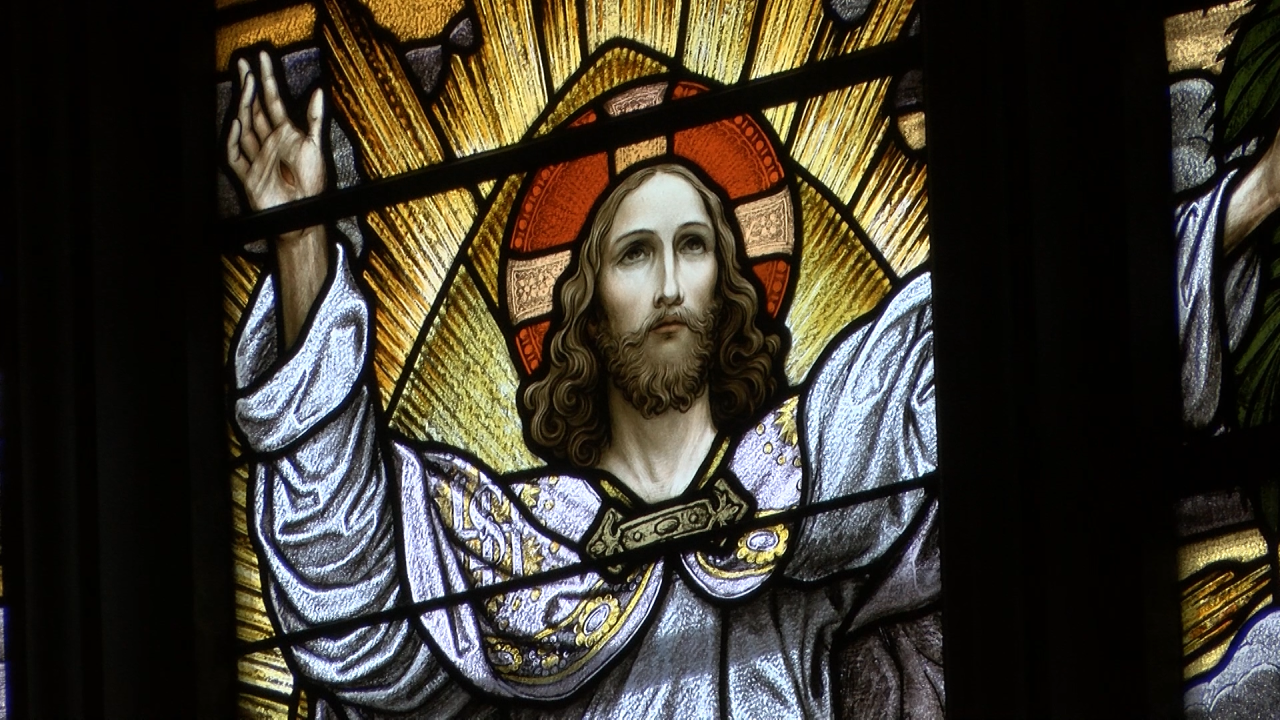 The Ordination Mass of Bishop-elect Father Austin Anthony Vetter will be on Wednesday Nov. 20 at 2:00 p.m.

Fr. Vetter was appointed by Pope Francis in October and will serve as the 11th Bishop of the Roman Catholic Diocese of Helena.

The seat had been vacant for over a year after Bishop George Thomas was appointed to the Las Vegas Diocese.

Fr. Vetter said he’s had nothing but a warm welcome since arriving in Montana.

“When I got off the plane on Thursday I was greeted by someone saying ‘You’re our new Bishop aren’t you?’ and I said ‘I am,’” said Fr. Vetter.

Born in North Dakota, he is the youngest of 12 children of August and Loretta Vetter.

Even at a young age, Fr. Vetter said he knew he was going to be a priest.

“When I look back on it there never was a time I didn’t know,” he said. “I knew it as a little guy. I used to play Mass and my Mom would get me oyster crackers and grape juice. When you’re young, it's not as obvious but when I look back now it’s very obvious.”

His journey to Helena started when he attended North Dakota State University and Cardinal Muench Seminary in Fargo. After receiving his Bachelor of Arts in Philosophy, he studied at the Pontifical North American College and the University of St. Thomas Aquinas in Rome.

Fr. Vetter served as Director of Spiritual Formation at the Pontifical North American College in Rome from July 2012 through June 2018.

As Bishop, he will oversee a diocese that covers 51,922 square miles of western and north central Montana that includes 57 parishes and 38 missions.

“The privilege of being a priest is getting to enter into people’s lives at their most crucial moments; their greatest joys and greatest sorrows,” said Fr. Vetter. “You’re not a stranger. You enter immediately and they let you right into that most intimate moment.”

Vetter said he believes it’s a priest’s duty to stand by those that need them.

“Not to run away, not to fight or flee as we think are the only options,” said Fr. Vetter. “Really there’s another option in faith and that’s to stand there. Be able to stand in that tension of when it’s uncomfortable when no one knows what to say because they just lost a loved one or some bad news. To be there with the people we’re bound to by God through ordination to serve them.”

In 2014, the Diocese of Helena filed for bankruptcy as a result of lawsuit alleging sexual abuse by members of the church from the 1930s through the 1970s.

Vetter described the entire situation as heartbreaking and hopes to continue to more forward.

“It’s an awful thing, but we can not lose our focus that this is Jesus’ church,” said Fr. Vetter. “We just need to redouble our efforts to gain that credibility; by being authentic, transparent and humble.”

Once ordained as Bishop, he will travel around the Diocese and visit the parishes and missions.

Fr. Vetter says he plans to be an active “boots on the ground” Bishop and looks forward to spending time at the Catholic colleges.

“I’m not looking to sit behind a desk all day, I have plenty of great people that can do that for me,” quipped Fr. Vetter. “It’s not just being the shepherd behind some sort of vacuum. That I have all the answers and I just figure it out in a room without talking to anyone. I want to see where the needs are, I want to hear from the people and learn from them too.”

The Mass of Ordination on Nov. 20 is invite only due to the limited seating available in the Cathedral of St. Helena.

KTVH will have a stream of the full event on our website beginning at 2:00 p.m.

A Solemn Vespers with Bishop-elect Vetter will be held on Tuesday Nov. 17 at 6:00 p.m., the event is open to the public.