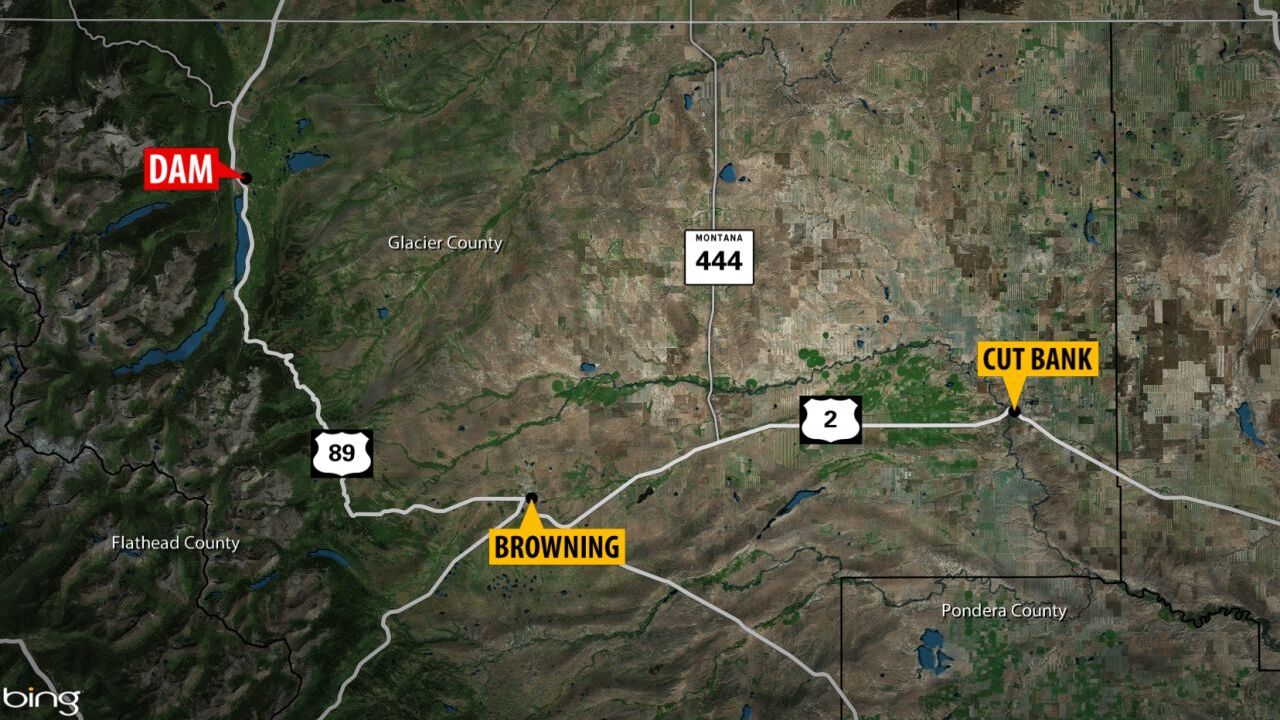 The agency says that when the damage was reported, the canal was flowing approximately 200 cubic-feet-per-second (CFS) which is about 1/3 of the canal’s total capacity of approximately 600 CFS. No injuries were reported, and canal flows have been shut off.

This concrete drop structure is the last of five drop structures that use gravity and siphons to convey water through the 29-mile long St. Mary Canal to the North Fork of the Milk River. Water is diverted into the canal from the St. Mary River, near Glacier National Park.

The Bureau of Reclamation, along with stakeholders of the Milk River Project, are assessing the situation to determine the impacts to the water users and options for restoring canal operation. Currently, Fresno Dam and Nelson Reservoir are both at full storage levels and will be used to provide continued irrigation deliveries. Once a plan and schedule for the repair of the canal are developed, water deliveries will be assessed and communicated.

The majority of construction of the Milk River Project was completed between 1906 and 1940. The canal was constructed between 1907 and 1915 and is the primary water source for eight irrigation districts tribes, contract pumpers, and several municipalities downstream of Havre serving approximately 110,000 acres of land.

We will update you when we get more information.