A bone found in NE Montana: elk, not human 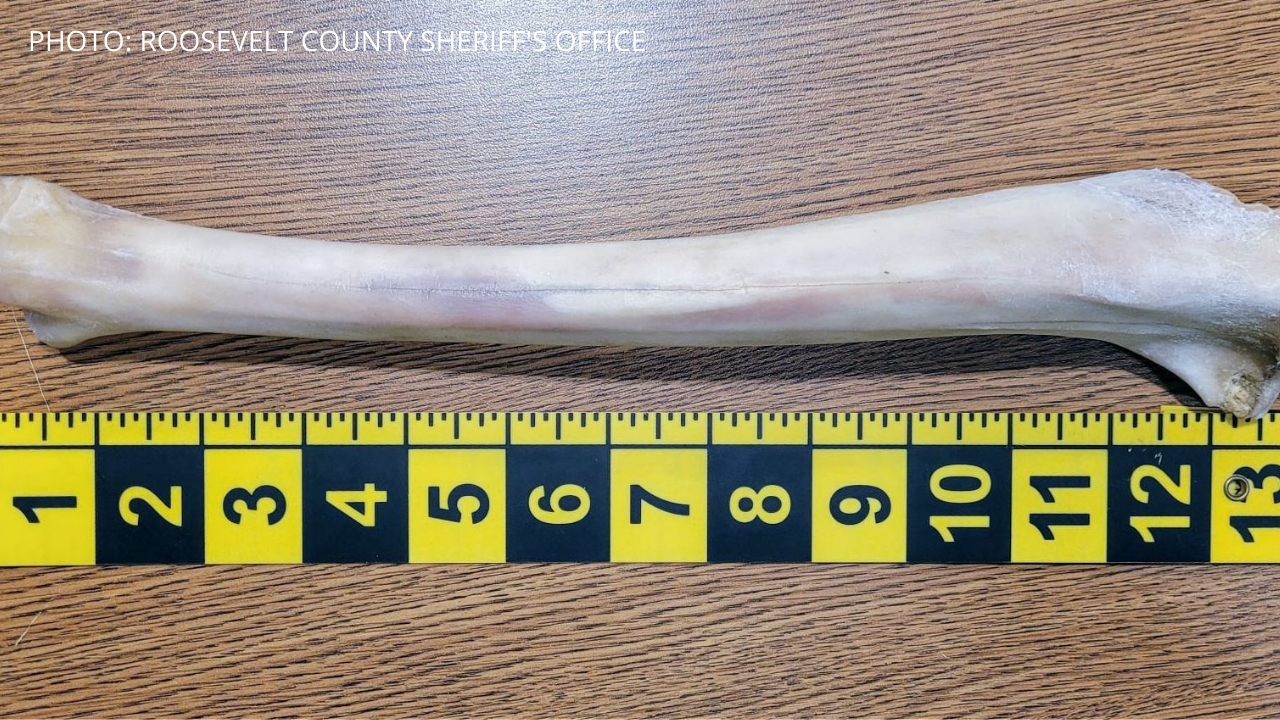 A bone found in NE Montana: elk, not human

A bone found in the Bainville area in northeastern Montana had some people wondering if it was human - but Roosevelt County Sheriff Jason Frederick put those concerns to rest.

Sheriff Frederick said in a Facebook post that a deputy responded to a report on October 7th of a "possible human bone" that a dog brought home.

The deputy recovered the bone and detailed photos were sent to the state crime lab.

Meanwhile, Sheriff Frederick reported that the had been seeing posts on Facebook that a human bone had been found.

Once the state lab analyzed the bone, they determined it was a tibia from an elk - not human.