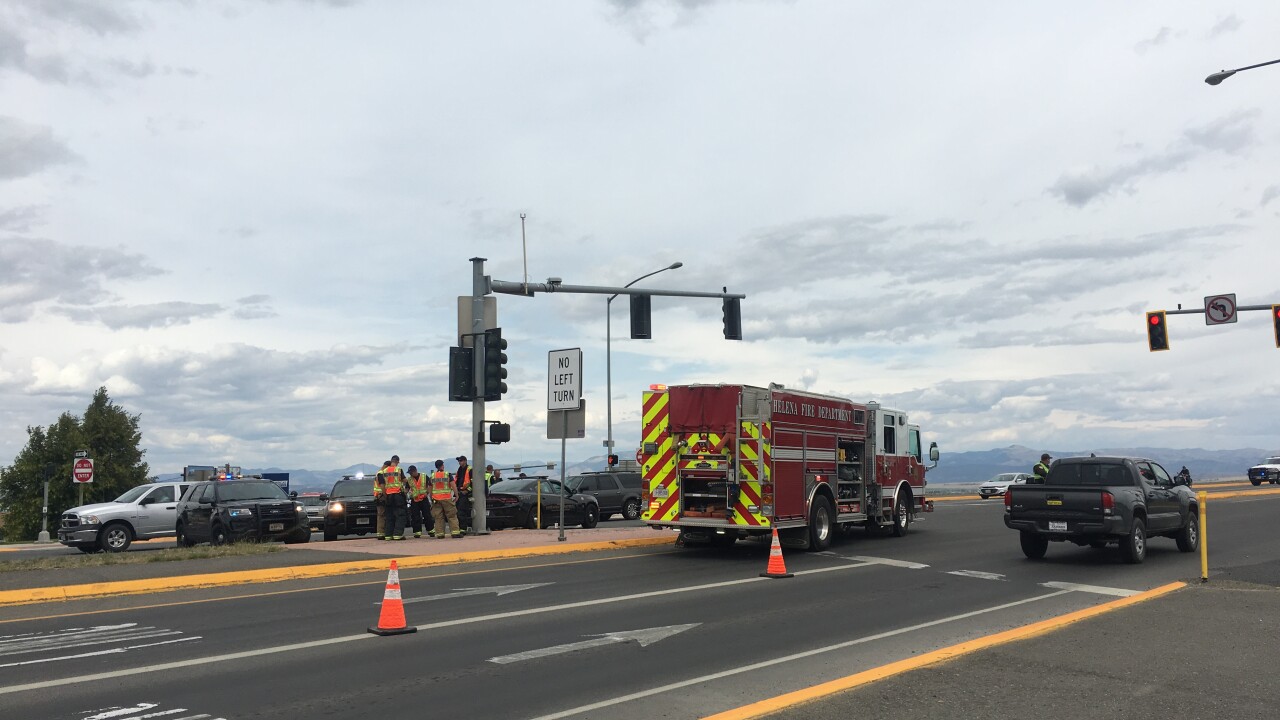 Police had initially reported the Trooper was uninjured in the incident.

According to Helena Police, the MHP Trooper was on the way to assist another Trooper when the crash occurred and had both lights and siren activated.

Authorities say the Trooper was exiting Interstate 15 southbound on to Prospect Ave and intending to turn east when another vehicle struck the patrol car's driver side door.

Helena police are investigating. No citations have been issued at this time.

The crash happened just before 2:30 p.m. at the intersection of Prospect Ave. and Interstate 15.

The Helena Police and Fire Department also responded to the crash. The patrol car was struck on the driver's side, preventing the trooper from getting out of the vehicle.

Authorities say there were no serious injuries.

We have a reporter on scene and will update you when more information becomes available.