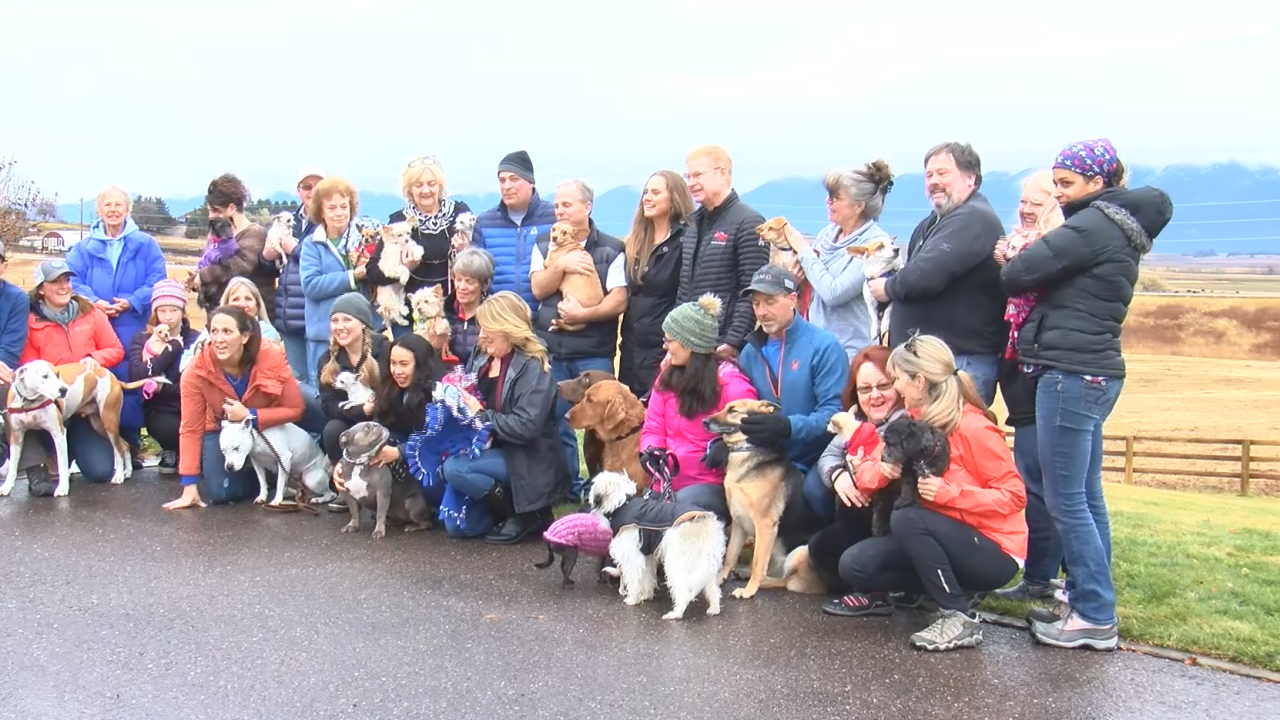 Rescued dogs and their owners came together in Polson on Sunday to celebrate their adoption stories.

Each one of the animals was once on track to be euthanized as their previous animal shelters didn’t have the space or resources to care for them. But through a program called “My Dog is My Co-Pilot,” these pups got a second chance.

My Dog is My Co-Pilot is a non-profit organization that will fly those dogs that need relocated so that can get adopted instead of euthanized.

Program founder and pilot Peter Rork -- who has four rescue dogs of his own -- says his passion for animals led him from his previous work as an orthopedic surgeon, to his current position.

“After I retired from medicine, I started flying animals and recently we transported our 13,200th animal," said Rork.

Life Savers Animal Rescue president Lynette Duford iis calling for a special celebration. “We’re having a little reunion for all of the dogs that game to our rescue, LSAR, by way of Dog is my Co-Pilot,” said Duford.

One of the lucky little guys being celebrated, is Trooper who had actually been run over and shot by his owner who was trying to get rid of him. But through the help of My Dog is my Co-Pilot and Life Savers Animal Rescue, Trooper has found his forever home.

“We saw Trooper on Life Savers Animal Rescue webpage and he looked, it was just pitiful, he was all stapled up,” said Marcene Coburn, a recent dog owner, “and I thought, ‘I gotta have that dog'."

"And we heard the story and it broke our hearts, we already had two labs but we just wanted to rescue him and give him a chance and he’s been the best thing that’s happened to us. He’s wonderful.," Coburn added.

If you want to adopt or even foster a dog for Live Savers Animal Rescue, you can visit their website.