'We were in shock': Minnesota woman overjoyed at community efforts to rescue lost dog in Montana 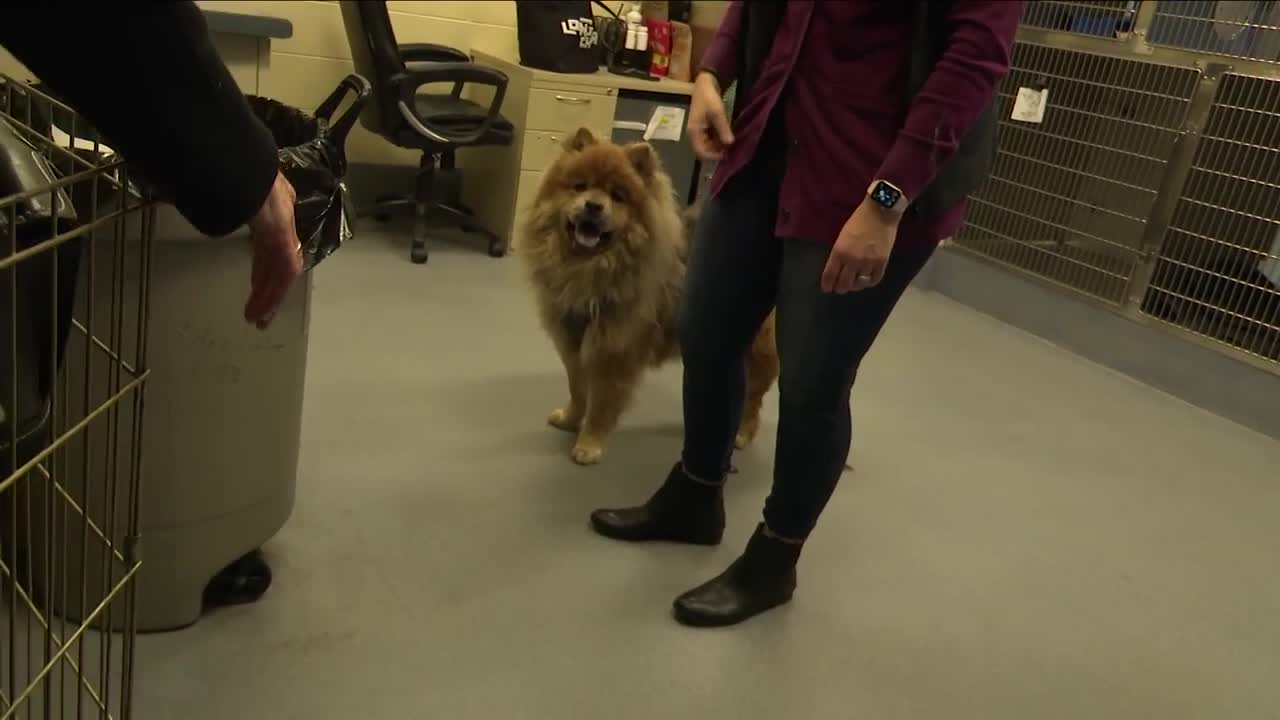 Leo and his owner Melissa Buescher of Minnesota were reunited Friday afternoon in Billings at Yellowstone Valley Animal Shelter.

Buescher said it all started when she and her family took a trip to Red Lodge at the beginning of October as they do every year.

“This was towards the end of our trip, and we decided to go to Mystic Lake because we had never been there before,” said Buescher.

She said that after hiking up the summit and letting Leo swim in the lake, she decided to hike back to the top to shelter from the winds that had picked up near the beach. She said that while going to the top, Leo ran back to where she thought was back to the beach with her family.

But that wasn’t the case.

“Forty-five minutes later, they (her family) came back up and my dad asked where Leo is. I said, I thought he was with you,” said Buescher.

Buescher said that she and her family searched the area for three hours in hopes of finding Leo, but he was nowhere to be found. She said she even left one of her shirts at the site before she left, hoping Leo would pick up her scent. But the next day Leo was still lost.

While Leo was out on his own, residents in nearby Fishtail said they had spotted Leo and were able to give him food and treats, but no one was able to catch him. He would keep about an 8-to-20-foot distance from everyone.

John Rice, one of those Fishtail residents, said he saw Leo on his property but was unable to get near him. Rice said that the next day while he was processing elk meat, Leo came up and got just close enough to get some treats.

“I would take tuna and sliced turkey and chicken and things like that and my wife said maybe not let him be on his own for a while, but I kept sneaking things out of the house to feed him,” said Rice.

People continued to spot Leo in the area and feed him until, ultimately, he was caught by Billings resident David Pauli of the Humane Society of America and brought to the animal shelter.

“I just assumed that he was gone forever and then earlier this week I got a phone call at 2 o’clock in the afternoon. I was sleeping before night shift. We were just still in shock,” said Buescher.

Buescher said she wants to thank everyone who had a hand in bringing her and her dog Leo back together.