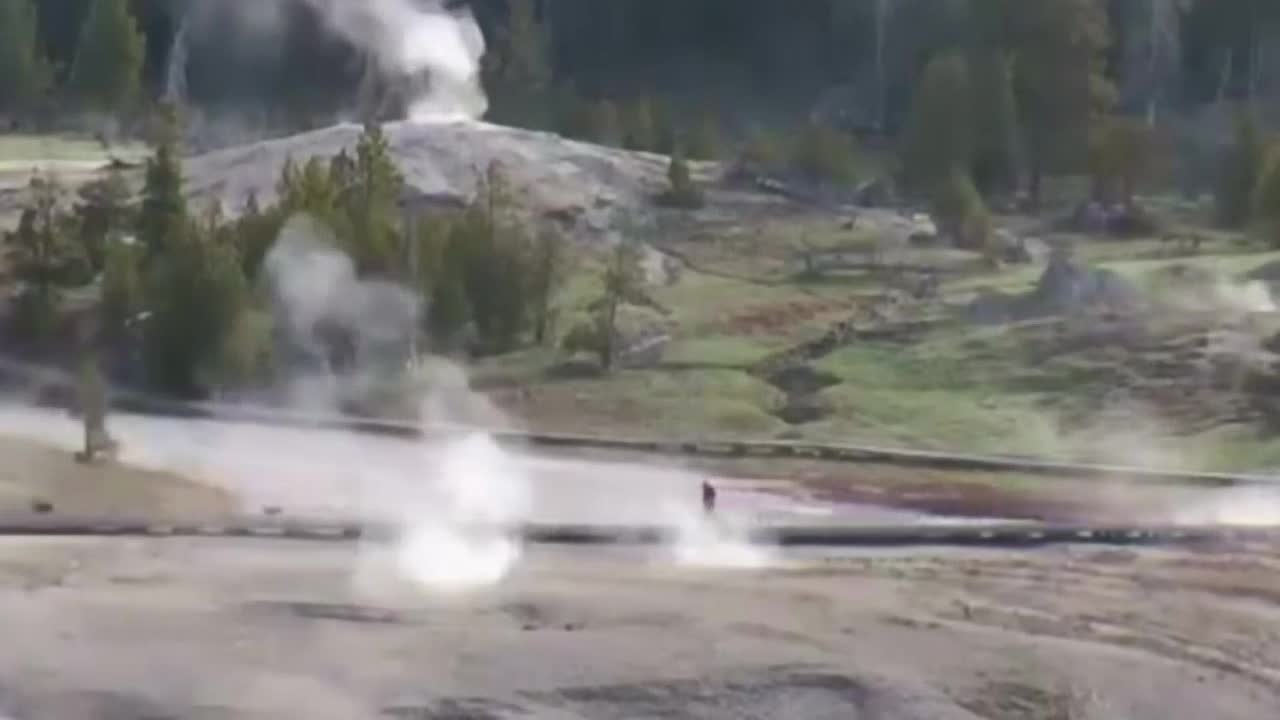 YELLOWSTONE NATIONAL PARK — VIDEO EXTRA: MTN News has obtained video of a person who illegally entered Yellowstone National Park on Tuesday morning. Park officials say they believe it is the woman who was badly burned after falling into a thermal feature near Old Faithful.

Park officials say the woman was backing up to take a photo and fell into a thermal feature, though spokeswoman Linda Veress says it is unclear exactly which hot spring, or other feature she may have stumbled into.

The woman then left Old Faithful and drove north toward Mammoth. She was stopped by park rangers about a mile south of Mammoth Hot Springs, a drive which normally would take about an hour from Old Faithful.

Veress says that due to her injuries the woman was taken to the Eastern Idaho Regional Medical Center by helicopter.

The incident is under investigation.

Last fall a man was also burned near Old Faithful after he wandered off the boardwalk and fell into a hot spring near the base of the famous geyser. Several burning hot springs surround the base but cannot be seen from popular viewing areas, so visitors are seldom aware that the springs exist.

Yellowstone has been closed to visitors since March 30 due to the coronavirus pandemic.

On Monday, May 18, Wyoming entrances will open with visitation restricted to the lower loop of the park only. The northern part of the park remains closed. Approximately 70 percent of the park’s traffic travels through Montana.