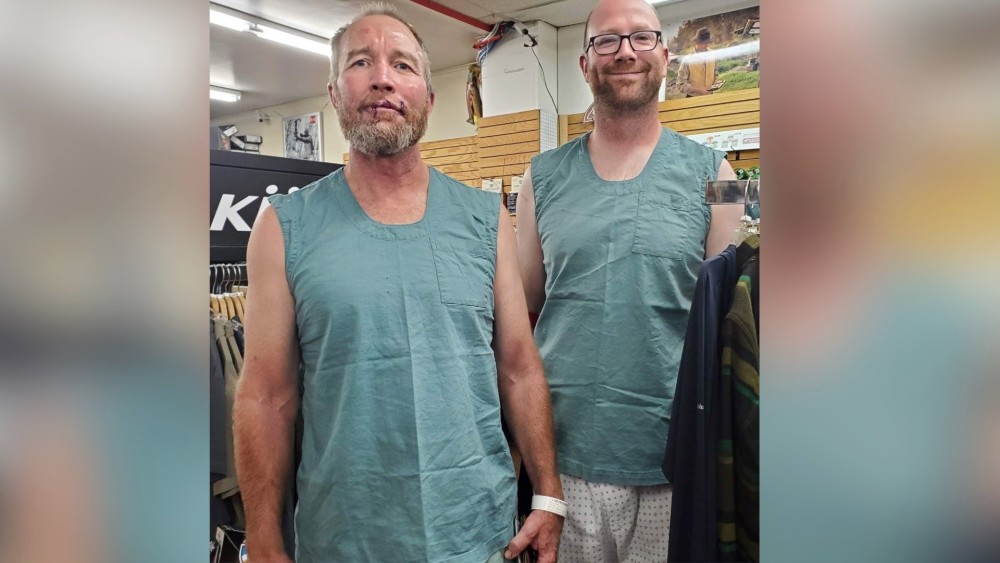 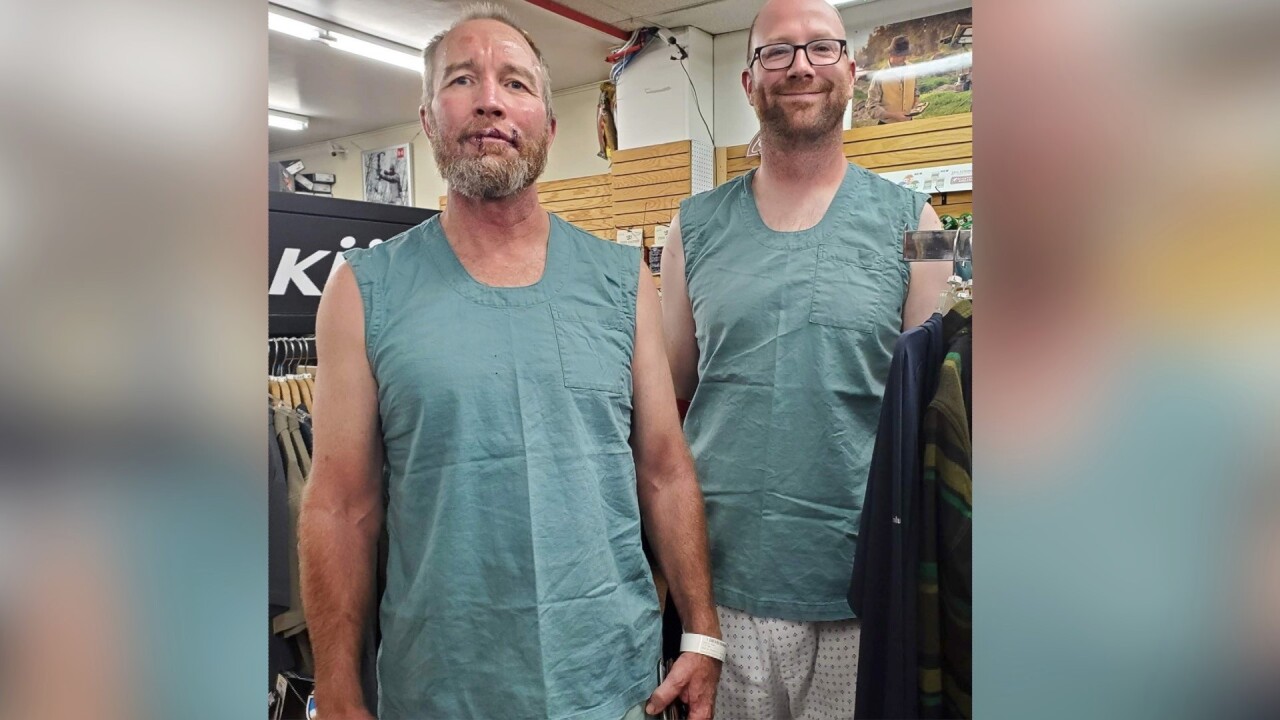 Two separate grizzly bear attacks in almost exactly the same location, hours apart — Montana Fish, Wildlife and Parks says it all happened up in the Gravelly Mountains near Cottonwood Creek.

According to FWP, if those hunters hadn’t have been exactly prepared the way they were, this could have been an entirely different story.

It’s a situation that those living near the Gravelly Range like Terri James of Ennis say is terrifying to imagine.

“It was a little bit of a shocker," James says. "They were still in shock, as well.”

Terri speaks from experience, having met two of the hunters involved in Monday’s attacks when they stopped by her work, Shedhorn Sports.

While the hunters couldn’t speak with us, they did tell us we could use their photos, including one taken immediately after the attack happened.

“They were dressed in hospital clothing which was a little odd to start with," James says. "He had a pretty big gash in the back of his head that you couldn’t see that was bandaged and the other guy had injuries around his groin area but they were in good spirits.”

Both men had received medical attention and were just looking for some clothes.

But in just a few hours, this would happen again.

Only one hunter was hurt in that attack.

Jacobsen says the area has been locked down to be investigated.

“It’s unclear whether this was the same bear in both incidents or two different bears," Jacobsen says. "That’s another part of the puzzle that we’re looking into.”

Both Shedhorn owner Rob Gallentine and the FWP agree, both of the hunters that stopped into Ennis, bruised and bandaged, were prepared.

It may have saved their life.

“Things have changed so much in the past 10 years or 20 years, you know, where you just wouldn’t want to hike the Madison's or the Gravelly's or any of the mountains without bear spray," Gallentine says.

Looking back at yesterday, it’s safe to say having bear spray can make all of the difference, as well as having a buddy but you also need to know where your bear spray is.

You can’t be rummaging for it at the last second.

You should be able to pull it out, break the lock on it so you take it off of safety and then make sure you aim low so that when you do hit the bear, you hit it where it counts.

While the two from Monday morning want to spread the word, so does Terri James.

“We need to tread lightly on their ground and respect these animals," she says.

Mother Nature is powerful but this was an example of how to survive the worst.