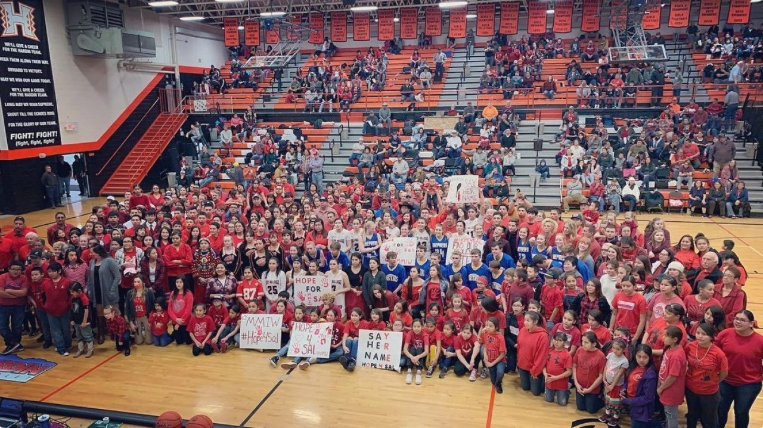 HARDIN - The search for missing Hardin teen Selena Not Afraid entered its 13th day on Monday.

Missing since Jan. 1, family and friends have not given up hope in finding the 16-year-old.

During Friday night's basketball game against Shepherd, both teams and fans came together for a group photo.

Shepherd Fillies Basketball shared a photo of the moment on its Facebook page.

"Some days in a gym are harder than others. Last night in Hardin was one of those nights. Not because of the final score, but because of the circumstances surrounding the game. Salena Not Afraid has been missing since January first. Witnessing the concern of the Hardin community first hand was heartbreaking. Praying for her safe return and peace for her family!" the team said in the post.

Some had a red handprint painted over their mouths, a symbol of the Missing Murdered Indigenous Women campaign.

Since the teen went missing, continuous searches have been conducted in and around Billings and the Hardin area by volunteers, local, state, federal agencies.

The group of people she was with on New Year's Day said they last saw her when she walked off at a rest area along I-90 between Billings and Hardin.

Read more here: Teams near Hardin widen the radius in search for Selena Not Afraid