Update: Climber rescued after fall from Rims over Billings 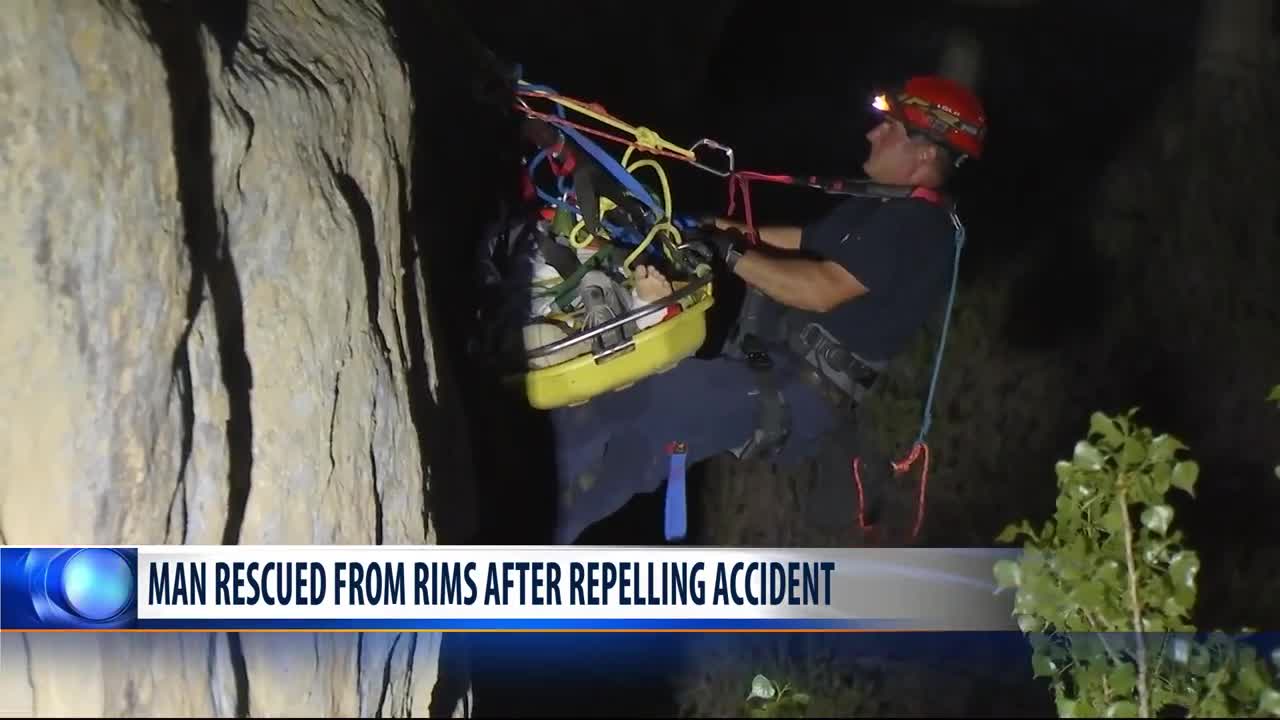 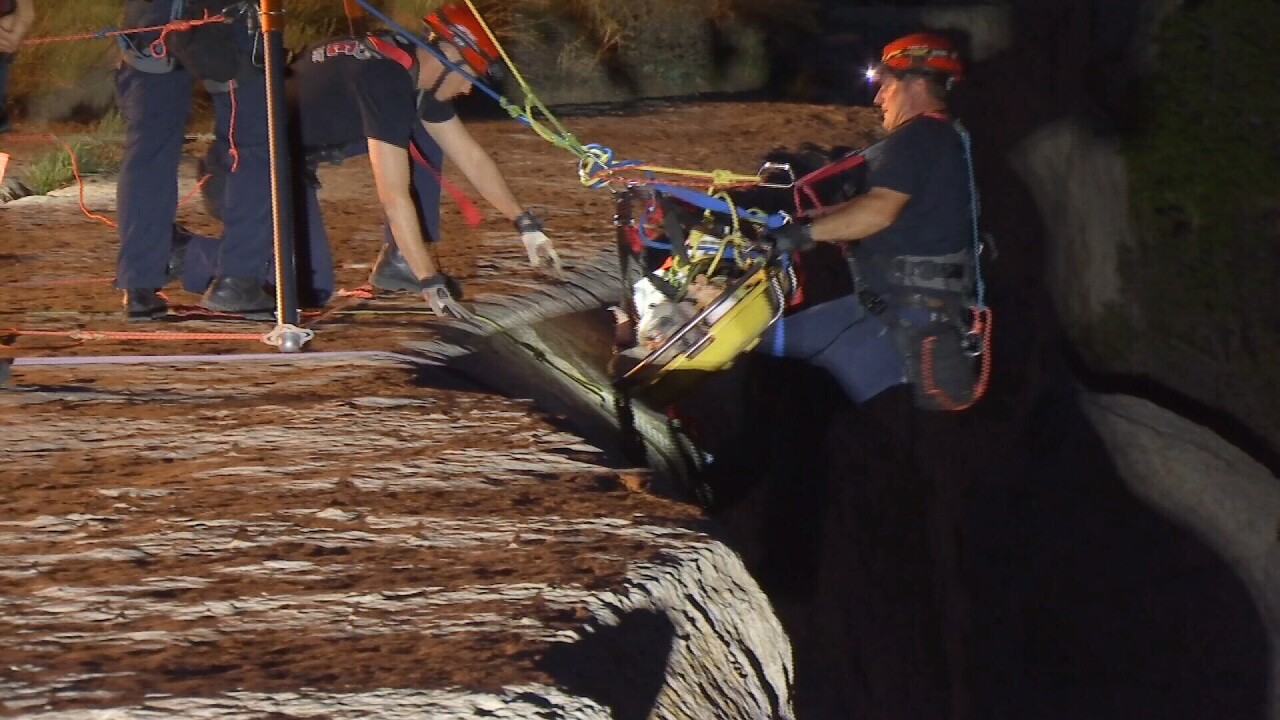 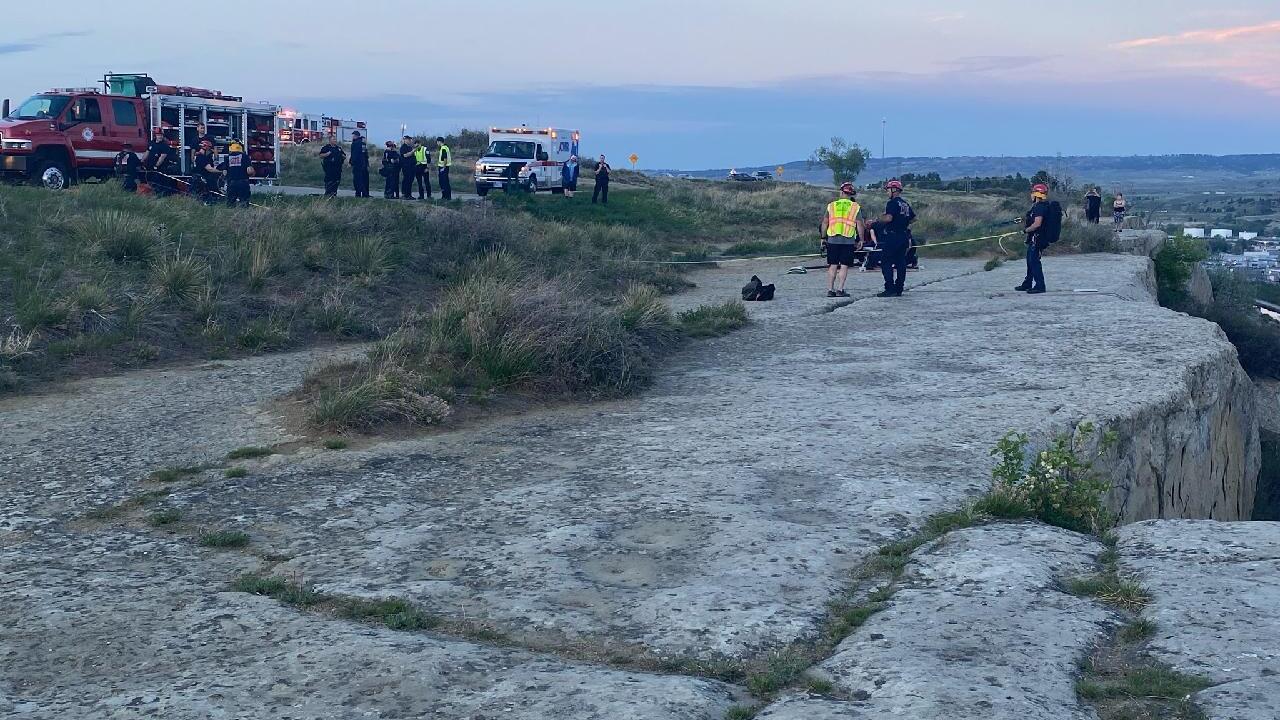 Update 10 p.m. A climber was rescued from the Rims in the Devil's Kitchen area by Billings emergency responders Tuesday night.

Billings Fire Battalion Chief Kevin Johnson said the man in his 20s had fallen while rappelling in an area near Swords Park with two other climbers.

Dispatch received a call about 8:30 p.m. from a caller who thought the climber had fallen and suffered a broken leg. Johnson said he suffered serious but non-life-threatening injuries.

Three Billings firefighters spent about an hour rappelling down and hauling the man up, Johnson said. Firefighters had trained in that exact area within the last couple days, and the rescue "went off without a hitch," Johnson said.

After the rescue, firefighters moved to their second call of the night- a 30-pound dog trapped about 20 feet from the top of the Rims near the staircase by Montana State Unversity-Billings, Johnson said.

(previous story) First responders are rappelling down the Rims near Swords Park in Billings for a rescue about 8:45 p.m. Tuesday.

Billings police, firefighers and ambulance personnel are at the scene Tuesday night.

Details are thin so far on who fell or whether the individual is injured.

This is a developing story. Check back for updates.