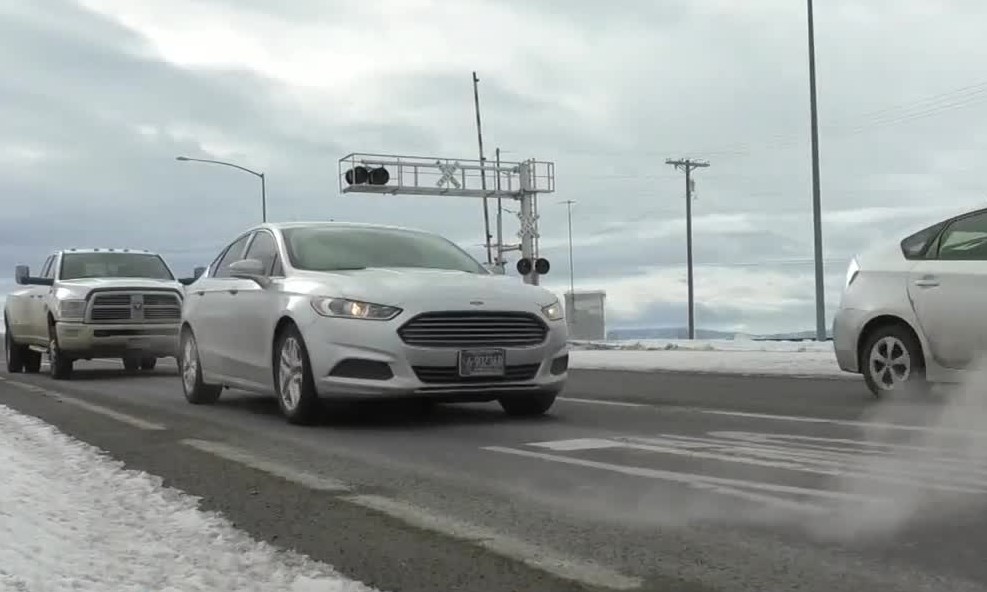 The Montana Department of Transportation (MDT) released plans Tuesday morning for a possible underpass at Jackrabbit Lane and Main Street.

Cars and trains share the intersection at Jackrabbit and Main Street in Belgrade. It’s a cross way where a lot of traffic goes through.

“I don’t know who decides when the trains go through, but sometimes they’ll run two or three, and I’ll see lights backed up to all the way where I live," said resident John Duckels.

Duckels says he would rather walk than drive near the intersection because it gets so busy.

“Especially around rush hour time. It gets backed up all the way to the next stoplight,” he explained.

MDT’s proposal to build the underpass would require them digging a big hole under where the current railroad tracks are and constructing a new structure and roadway, so cars can pass without having to stop for passing trains.

“An underpass would be the most feasible means to separate those crossings,” explained William Fogarty, the Butte District Administrator for MDT.

And some residents agree it would be feasible to separate the crossings.

“I travel it more than once, twice, three times a day. I think it’d be great especially when I come through there so often, everyday. It would really be nice,” said resident Larry Robinson.

But, it could be years until construction starts to happen, and that’s if it gets the necessary approval.

“The earliest potential you could see construction beginning would be 7 years,” Fogarty explained.

And when it comes to how they would pay for the $25 to $27 million project, Fogarty says all options are on the table.

“So, we’ll be identifying any means possible, whether that be safety funding or congestion/mitigation funding. The large majority will be national highway funding,” he said.

The department’s next step would be to conduct a safety or risk assessment to survey the area and gain a more in-depth look at the plan.

MDT says the potential underpass would be similar to the neighboring underpass at the Bozeman Yellowstone International Airport.

MTN News will continue to follow this story with the latest developments.