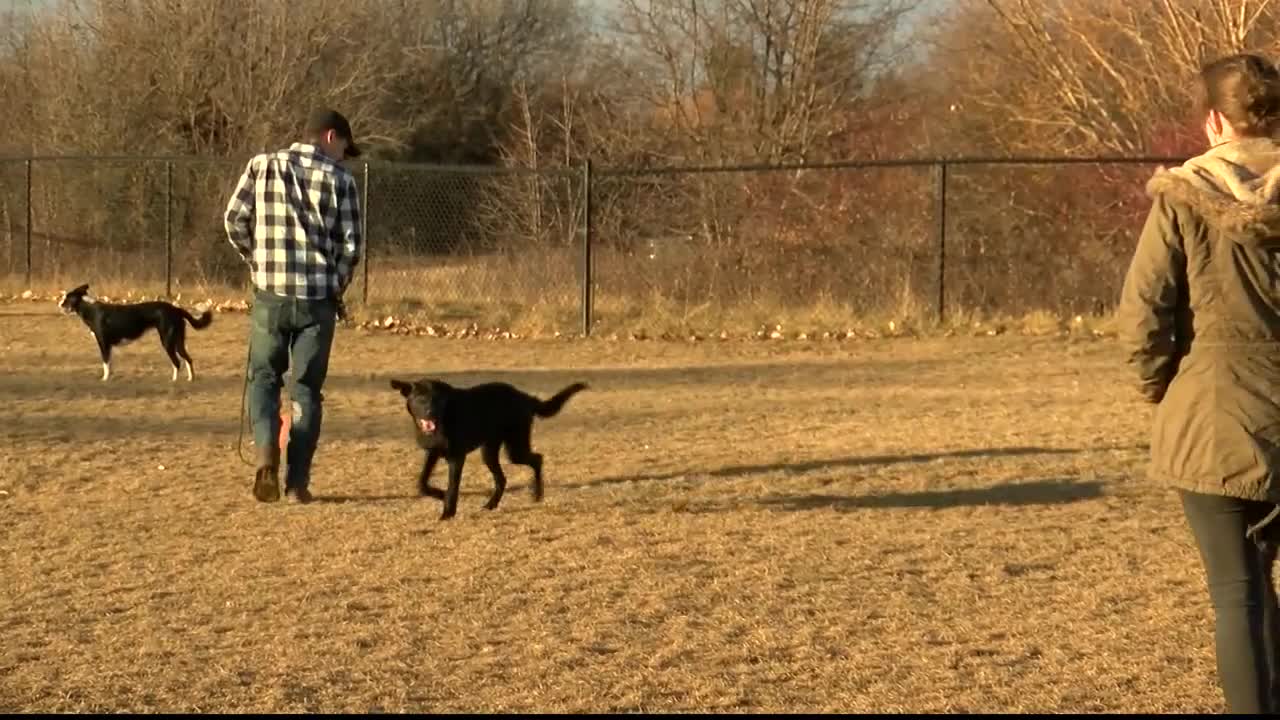 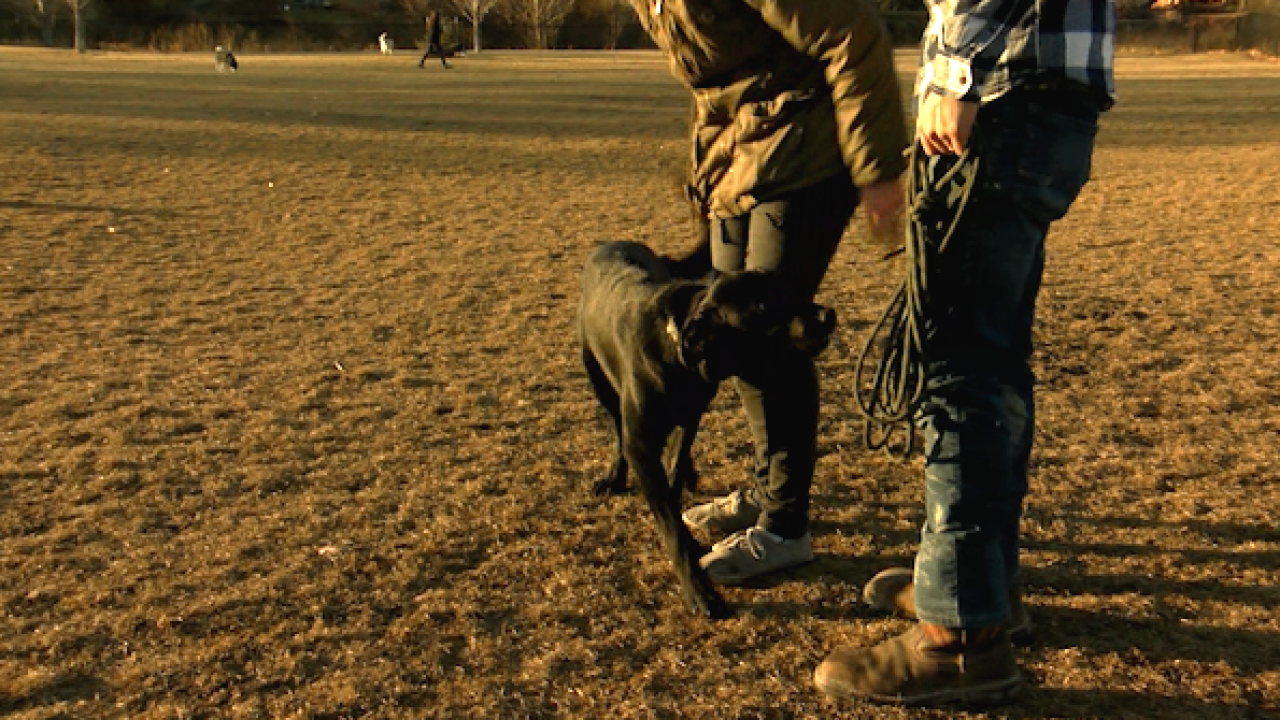 Two good Samaritans recently rescued an injured dog stranded on an island on the Flathead River and the animal is now healthy and living in a new home.

Valor was thrown off the Hungry Horse Bridge and left for dead two weeks ago, but Good Samaritans Tony Dewindt and Jake Kirby went out after midnight -- in the freezing cold -- to save the dog’s life. Dewindt says the young dog was shot twice in the head and thrown over the bridge after an incident involving a child. He added that the black lab Rottweiler mix was later spotted stuck on an island off the Flathead River.

He says a social media post that went viral let him know about the stranded dog and he knew he had to immediately step into action.

Dewindt says he found Valor covered in blood, cold, hungry and waiting to be saved. He used a makeshift pole to reel the dog in.

“[We] started shining our flashlights and we didn’t see him the first time," he recalled. "And then we went back and looked again, and he’s just curled up, maybe two feet away from the water, he recalled. “And we would’ve never seen him if we didn’t whistle and his head popped up and we saw his eyes.”

Valor received all-expense paid surgery at the Animal Clinic of Kalispell thanks to donations from people in the Flathead Valley and Dewindt says the leftover donations were given to a local animal shelter.

He added that it’s the giving spirit of the Flathead Valley that helped save Valor’s life, "an animal or a person’s in need, the Valley is here to help.”

Valor now lives full time with Dewindt and his girlfriend with two new dogs as roommates -- and Dewindt says Valor never leaves his side.

Flathead County Animal Control officials say that the case against Valor's previous owner is not active.