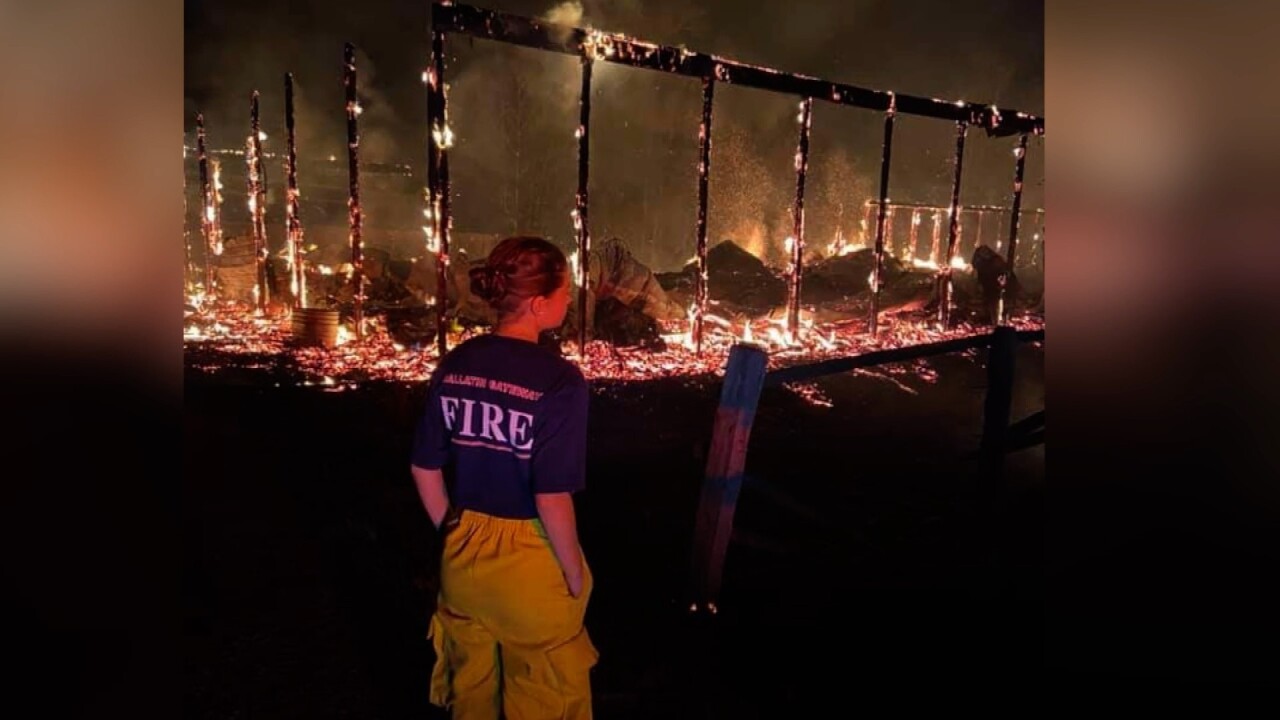 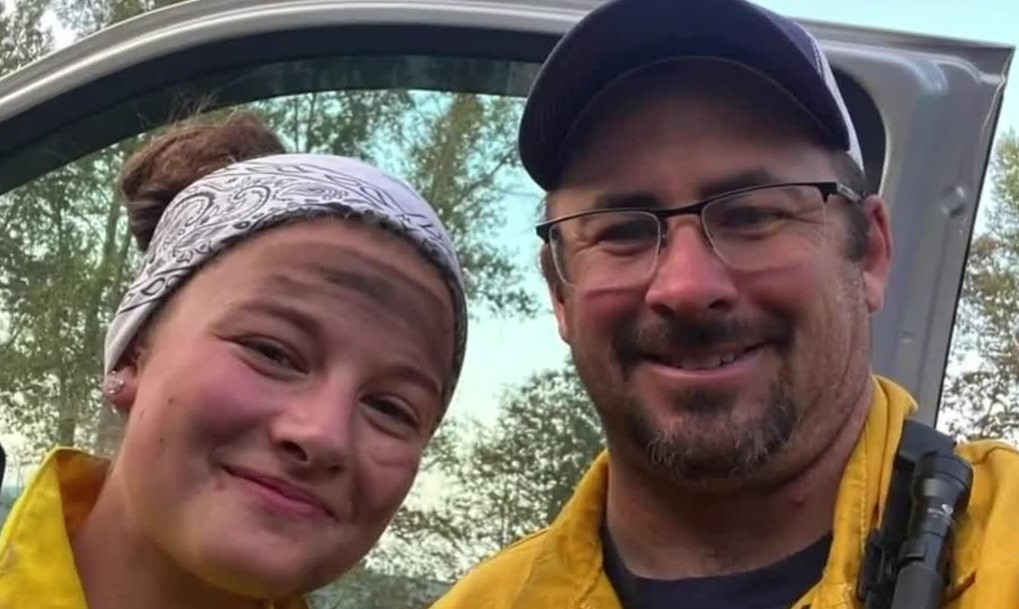 BOZEMAN, MT — Stories of courage and teamwork are rising along with the smoke from the Bridger Foothill Fire.

MTN’s Cody Boyer spoke with a fire chief who was there on the first day and for days later, with his daughter by his side.

It was in this truck that Gallatin Gateway Fire Chief Jeremiah Hillier and his 16-year-old daughter, Shyann, headed up to fight the Bridger Foothill Fire.

When they got up there, they found a situation that neither of them had ever seen before.

“It’s like, wow, I had my 16-year-old daughter with me through this,” Hillier says. “It looked like the start of any typical forest fire. It was high up on the mountain and really we did not have any immediate threat to structures in our county, at all, at first.”

Jeremiah Hillier has fought fires in Gallatin County for 19 years.

Even to him, this was new.

And by his side driving through the haze was Shyann, who has fought fires officially with the department for two years.

Shyann has ridden with her dad since she was two years old.

With the help of a Boy Scout ‘Explorer’ program, she’s been able to help the department but wasn’t prepared for this.

“My dad calls home and he’s like ‘get Shyann going,’” Shyann says. “‘I’m going to need her help tomorrow.’ I’m sitting here like, okay, cool. I get to tag along on this fire. It was definitely something I wasn’t prepared for.”

“I took Shyann with me, you know?” Hillier says. “I figured it was going to be a meet-and-greet and she could make notes for me and just kind of help me out to this fire started running on us and then the wind got involved and it just started moving exponentially. Before we knew it, it was evacuations and we weren’t even fighting fire. We were just trying to get the public out of there.”

Hillier and his daughter remember teaming up with the Bridger Canyon Fire Station crew, along with departments from across the state,” establishing a ‘safe zone’ at their station.

“There were groups of firefighters that got chased into our safe zones that we use for protecting firefighters lives multiple times,” Hillier says. “We ended up having to redirect troops back to the fire hall to protect the fire hall from coming down.”

First was the Bridger Fire Station.

After that, evacuations were ordered, Hillier says, and extended to Kelly Canyon to the interstate.

Hillier and Shyann worked alongside the Bridger Canyon crew every step of the way.

“We’ve got to give those guys a ton of credit,” Hillier says. “They were extremely prepared for this fire as far as their mapping and knowing where every house was and having documentation that they can give out to us because we don’t go up and train with them. We don’t go to their district and learn it. We all have our own districts to learn.”

“All you can see around us is this black smoke and this red hue to it and it’s definitely something these bigger fires that you hear about in California, it’s stuff that you don’t hear about,” Shyann says. “This is definitely going to be a fire that rewrites a bunch of books with how fast it moved.”

At one point, the focus returned to protecting the Bridger Canyon Fire Station.

“I can truly say we saved two houses up behind the fire station by doing work after dark,” Hillier says. “That was our safe zone. We had to protect that fire house. That was where we were safe.”

Teams worked quickly but the fire also targeted them and the Bridger Canyon Fire Station, itself.

Working together, Hillier says, Shyann and the team stopped the fire just short of the station.

“We stopped it at the road, Bridger Foothills Road, which is literally right behind the fire station,” Hillier says. “It’s just daunting to think that with that kind of resources, we were in the middle of that huge plume of smoke.”

“You saw things in this fire that you don’t hear stories about,” Shyann says. “You know things are bad. Bad news is surrounding you right and left so you have to make the most of it.”

What Shyann means is how, according to her father, she helped out crews in her own way: morale.

The father-daughter team, like others in the heat, even had to sleep in the truck.

“She’s small so she was able to crash out in the backseat and get some good rest to help me the next day,” Hillier says. “I still stop and think, wow, I had my daughter with me through this whole ordeal and you know, it was pretty scary, pretty scary to think about after the fact.”

“I was really hoping to have nice, easy sophomore year of high school,” Shyann says, laughing. “ I’m super proud of our community. It came together when we needed it to.”

Now even though the space might be a little bit small in the backseat of her father’s fire truck, Shyann does say she would do it all over again.

Shyann adds she plans to continue with the “Explorer” program for at least the next two years.