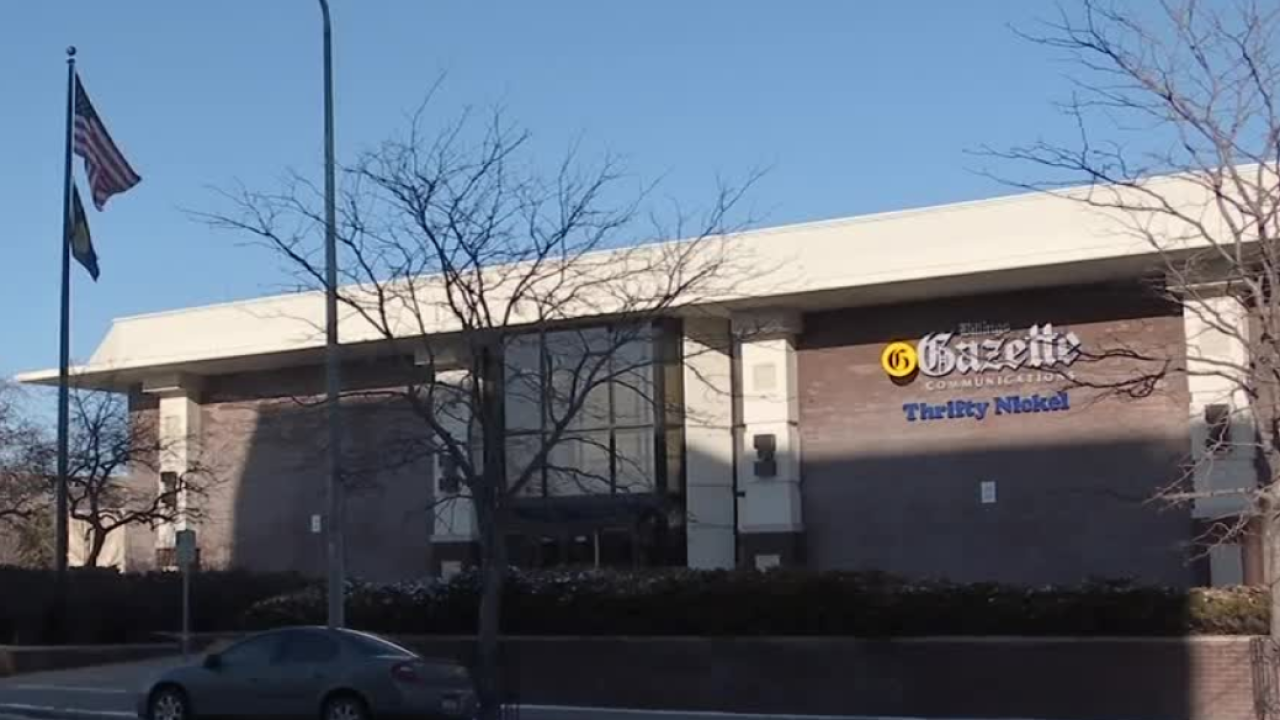 BILLINGS - Staff at the Billings Gazette have taken steps to form a union among newsroom employees.

According to a press release issued Thursday, the staff has formed the "Montana News Guild" in order to "protect and nurture the future of The Billings Gazette's journalists."

The newspaper is owned by Lee Enterprises based out of Davenport, Iowa.

Newsroom employees of the Lee-owned Casper Star-Tribune unionized in 2018. Staff at the Missoula Independent formed a union after Lee Enterprises bought the weekly publication, which was later shuttered .

In February, The Billings Gazette announced it was eliminating two of its top newsroom management positions.

Here's the full press release announcing the creation of the Montana News Guild:

If not, the staff has submitted the necessary information to the National Labor Relations Board to seek a majority vote authorizing the union’s formation.

Lee Enterprises owns four other newspapers in Montana: the Missoulian, Helena Independent Record, Montana Standard (Butte) and Ravalli Republic. The Billings Gazette news staff is the second in the state to unionize. In 2018, the 27-year-old Missoula Independent voted to unionize after being purchased by Lee Enterprises. The alternative weekly was summarily closed with workers notified by email and voicemail.

“The Montana News Guild was founded to protect and nurture the future of The Billings Gazette’s journalists,” members of the organizing committee said in a press release.

Since 1885, The Billings Gazette has published in what is now Montana’s largest city, documenting the lives of a diverse citizenry in one of the largest newspaper coverage areas in the nation.

“In the course of that 135 years our newsroom has educated and advocated for its readers while holding those in power accountable to a democratic society,” the guild wrote in a letter it presented to publisher Dave Worstell.

Newspapers have struggled with many challenges in recent years, mainly due to the loss of revenue to online sites, such as classified advertising lost to Craigslist. As a result, “Newsroom employment at U.S. newspapers dropped by about half between 2008 and 2019,” according to Pew Research, declining from about 71,000 workers to 35,000. The Billings Gazette’s staff has mirrored this national trend, falling from about 50 employees to 25 in the past 20 years. In the process, page design has been outsourced to an understaffed out-of-state central facility, the Gazette’s editor and editorial page writer were recently laid off, the in-house accounting and bookkeeping staff was eliminated, and starting in April all staff were required to take two weeks of unpaid furlough. The Gazette’s large building that dominates the corner of Fourth Avenue and 27th Street now stands more than half empty.

Meanwhile, Lee Enterprises’ executives have continued to make salaries that far outpace the average of their employees. Before 20% salary reductions were enacted, in 2019 Kevin Mowbray, CEO of Lee Enterprises, earned more than $1.8 million; former CEO and chairman of the board Mary Junck earned more than $959,000; and three other top executives took home paychecks ranging from $541,000 to $842,000. In comparison, the average annual take-home pay of a Montana journalist is $34,250 according to the U.S. Bureau of Labor Statistics. Bonuses to the top five Lee executives in 2019 ranged from $96,000 to $449,000.

“For too long we have seen our corporate out-of-state employer, Lee Enterprises, cut our staff and raise our medical costs while providing few, if any, cost of living increases,” the organizing committee said. “We believe that through unionizing, we can create a more stable environment for local news to grow.”