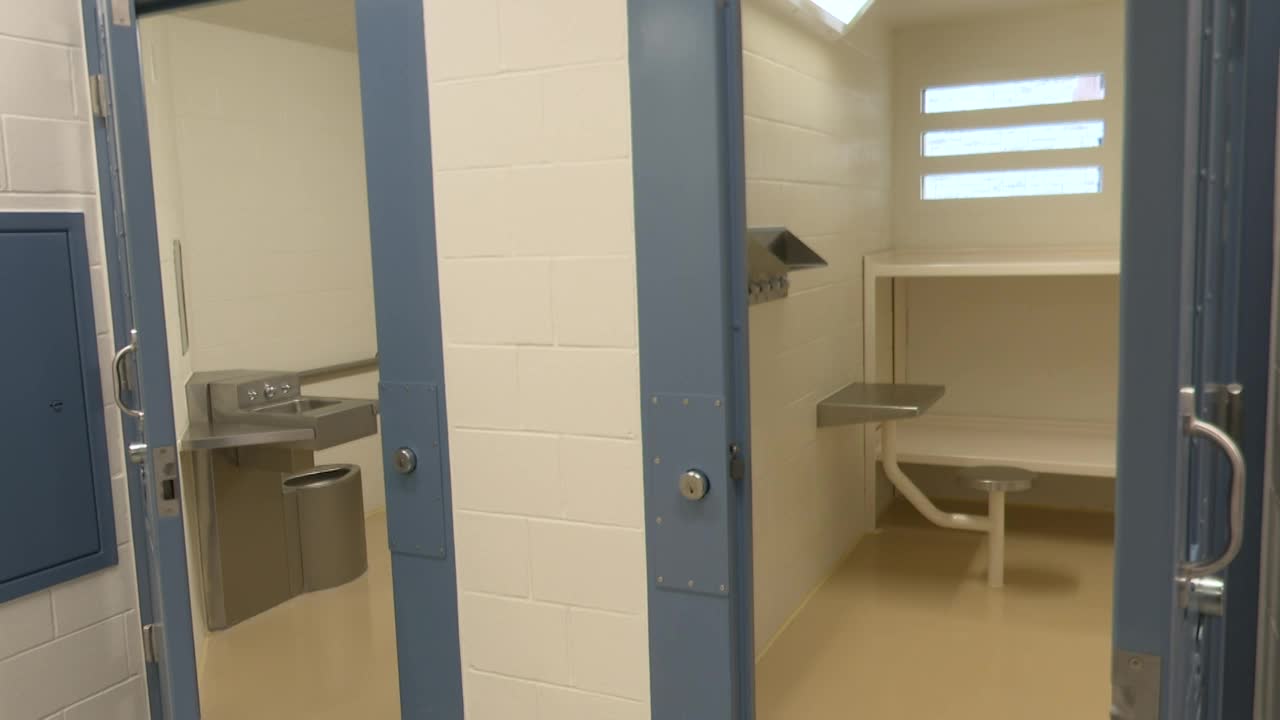 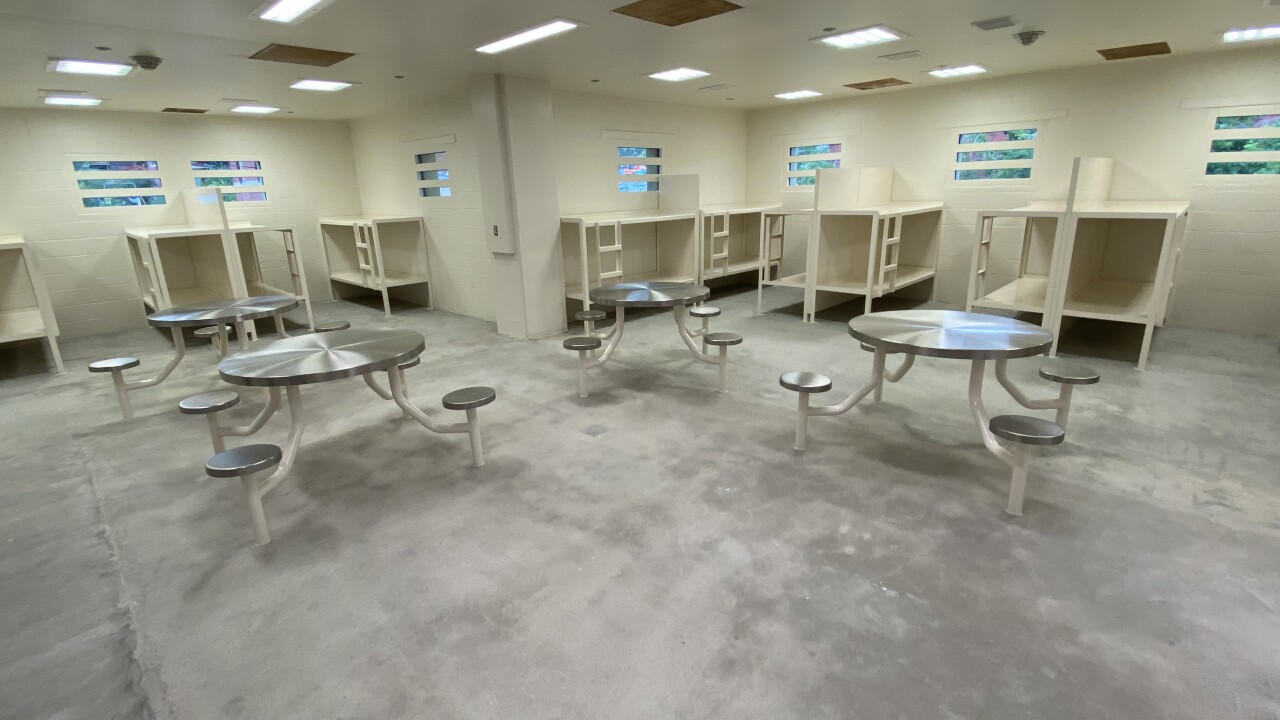 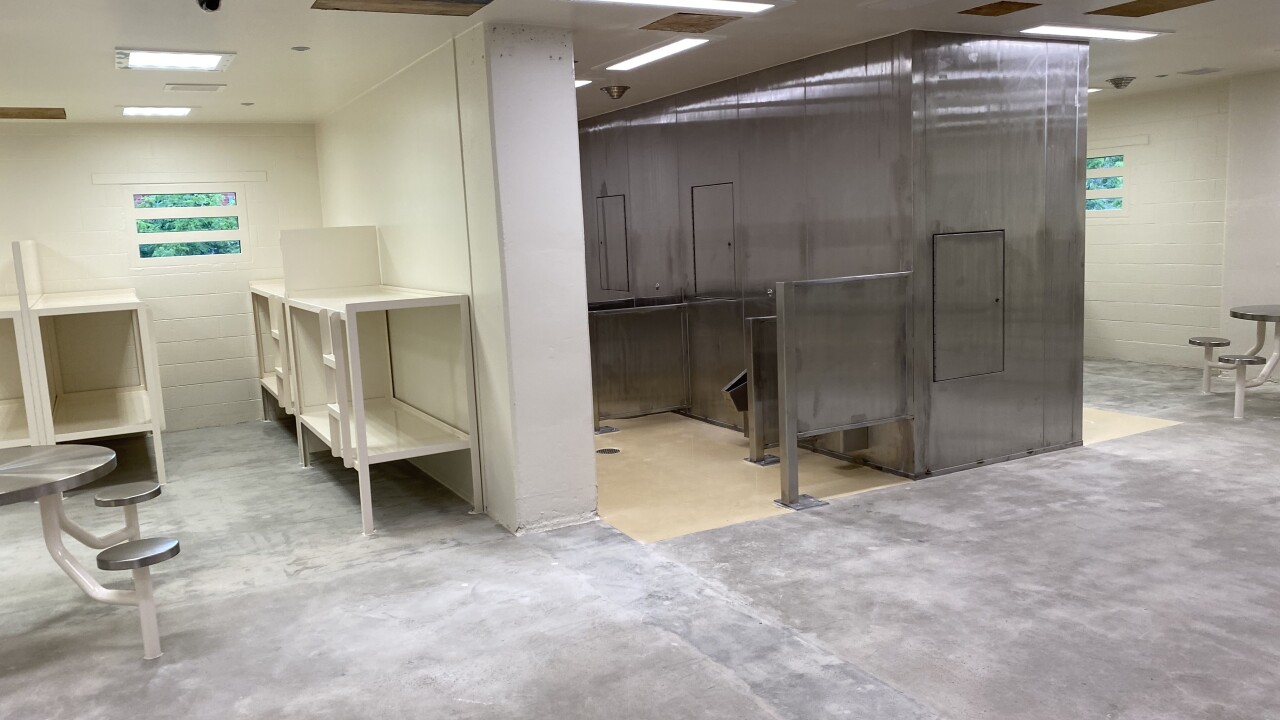 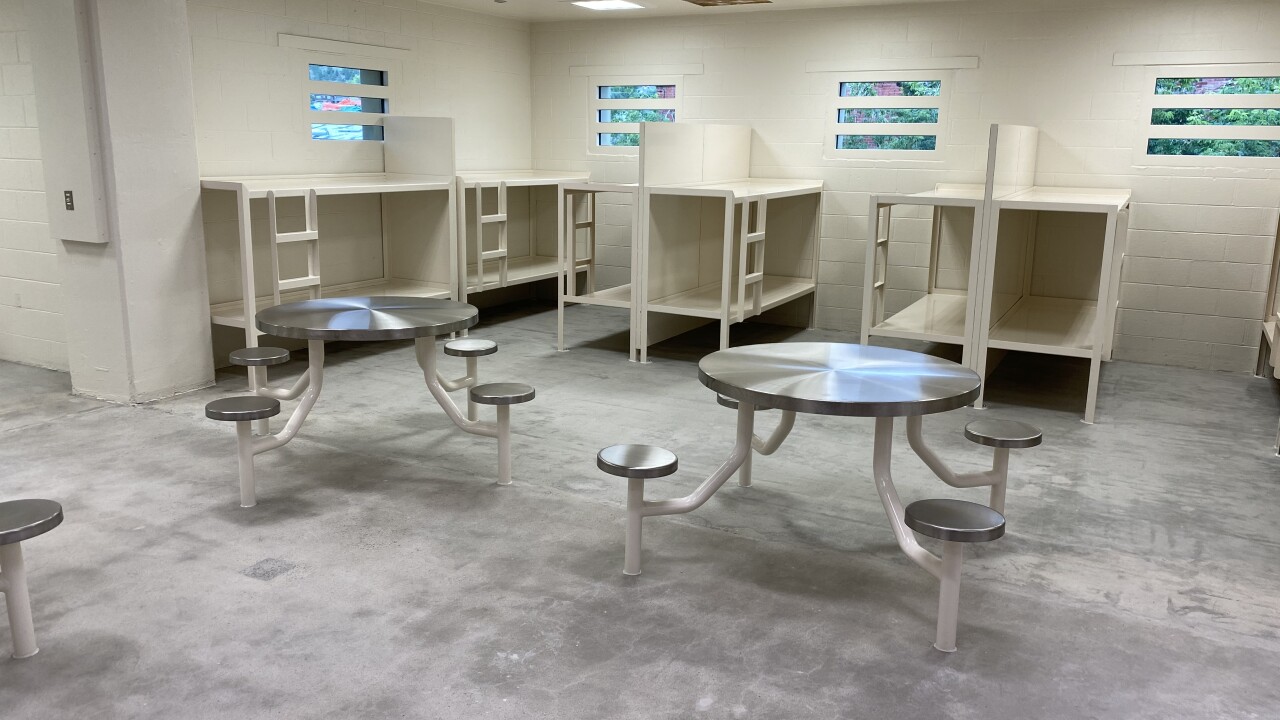 After more than a year of extensive construction, the Lewis and Clark County Sheriff’s Office says the lower two floors at the county detention center are about 90% to 95% finished. It’s a major step in an ongoing effort to reduce severe overcrowding at the facility.

The detention center – originally only one floor of the Law Enforcement Center – was designed to hold 80 inmates, but now regularly has more than 100. In 2016, Lewis and Clark County voters approved a $6.5 million bond to convert the entire building into an expanded jail.

Once the newly remodeled floors are in use, the basement will serve as an intake area – where law enforcement will bring inmates so they can be booked. The floor now includes several rooms where the inmates can be held until they enter the facility, as well as an area for DUI screening.

Undersheriff Jason Grimmis said the current intake area is much smaller, and some of the holding areas have had to be used for inmate housing because of the overcrowding. He said this will be an important improvement.

The first floor previously held the Lewis and Clark County Sheriff’s Office and Helena Police Department administration. It has been fully redesigned, with rooms for visitation, jail programs and added inmate housing.

All together, there will be four housing pods on the floor, with room for more than 70 inmates. They are designed for inmates ranging from low-risk to maximum security.

Sheriff Leo Dutton said having these new spaces will make it easier to keep inmates in appropriate situations.

“Currently we have very little room to do classification, anything like that, so we’re excited to have these opportunities to separate people by classification and their risk,” he said.

One of the biggest changes will be in the largest first-floor pod, an open housing area with individual bunks for about 44 inmates. It will be the first pod in the jail where inmates will receive direct supervision – a single detention officer in the pod.

“Their primary function is to move around about, discuss, get to know your prisoners, establish a set of standards in here,” Grimmis said. “This should be the cleanest housing unit in the jail. It all depends on the leadership of this detention officer, but it takes a special detention officer.”

While most of the construction has been finished, the sheriff’s office will still have to conduct extensive training before they’re able to move any inmates into the remodeled floors.

“I need to get the detention staff trained up on all the security and electronics, the flow plan of the booking floor, what the routes are, what the rooms are for, what the holding cells are meant for, implement policies and procedures,” said Grimmis. “Then I also need to get the rest of my staff, patrol guys, Helena Police Department, our criminal investigations division, civil division over here so they know where they’re supposed to do their business.”

Grimmis said they would prefer to occupy both floors at the same time, but the intake area could open first. He said he hopes to have them in the new spaces by August.

Once inmates move into the first floor, there will be some renovations on the second floor. The entire project is expected to continue through the month of September.