'I was afraid of my dad:' Suspect's son testifies against him at homicide trial

"He just told me that if I do what he says, everything will be okay," Joe said. 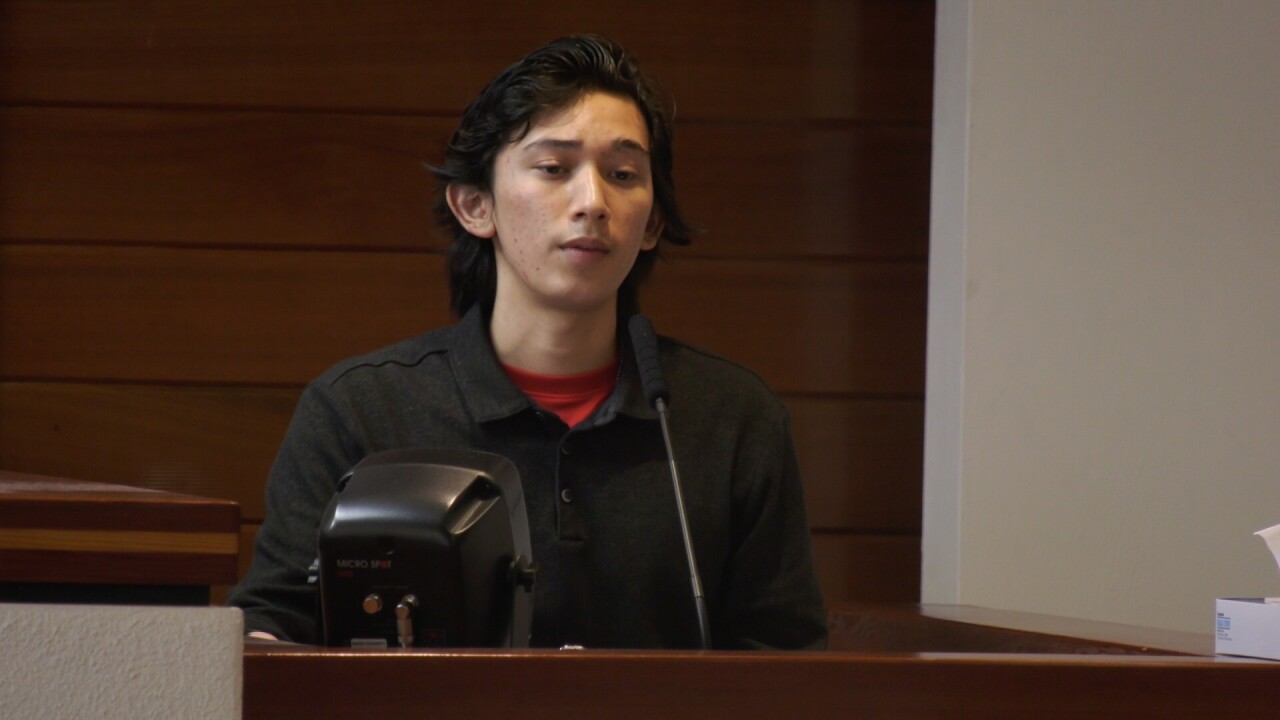 BOZEMAN — Day four of the deliberate homicide trial for Joseph Paul DeWise opened with a doctor of surgery from the University of Colorado, but ended with bombshell testimony.

That testimony came from DeWise's own son.

"I was afraid," said Joseph DeWise, Jr. "I didn't know what was going to happen."

Joe DeWise sat before the court and his father, and told the jury of the abuse between Paul and Lauren DeWise leading up to an unusual night at home at Paul's Silver Maple home, the night of Jan. 6, 2017.

"He had the TV on but again he was...it looked like he was looking past it," Joe said. "He used to watch a lot of murder shows. He went by the (front) door. He told me to go get ready or something. He didn't specify what to get ready for."

Before this, Joe discussed Paul and Lauren's relationship, Lauren being his stepmother.

"I was just trying to survive," Joe said, when asked how he got along with Paul DeWise. "He'd always check up on me, see if I was where I was. It was always in a threatening way."

In two different occasions, one at the Old Chicago restaurant in Bozeman and the other at the Gallatin County Law & Justice Center, Joe said his father and Lauren fought publicly.

Following that, Joe says his father kicked Lauren out of his home.

The prosecutor than displayed two short videos to the courtroom, produced by Paul DeWise, of conversations with Joe.

One of those conversations went as follows:

PAUL: "So how do you feel about the situation?"

Joe said he had witnessed his father place GPS trackers in Lauren’s car when they reportedly caught her with another man.

Then, Joe went on to describe Jan. 6, 2018, describing seeing his father get up from the couch and walking around with a Walmart bag.

"I started getting a real bad feeling because before we left the house, he told me to leave my phone on my bed," Joe said. "That was very odd."

Joe said his father drove him to where Lauren was staying.

"He just starts driving," Joe said. "I don't know where we are going. I don't know the area very well. He's just driving too fast for conditions. I asked what was going on but I didn't get a reply."

Joe remembers pulling up several houses down from the home at 1306 Idaho Street, where Lauren DeWise was staying with Audria Butler and Ashley Van Hemert.

Joe said they sat there in silence for about 30 minutes.

"He had his mechanic gloves along with his squid mask," Joe said. "It's a knitted mask that has tentacles, looks like a squid. He made me wear rubber gloves and a beard mask."

"He just told me that if I do what he says, everything will be okay," Joe said. "I didn't know what was going on until he pulled out the pistol and I got extremely scared."

Joe said Paul DeWise held up a black Ruger handgun, which he had recognized from shooting with his father at gun ranges in the past.

Then he followed as he says his father broke through the side gate.

Joe says Paul made him lead the way.

“I went first along the side of the house and the back porch, there was the stairs," Joe said. "He was right behind me."

After saying he watched his father break into the back door, Joe said Paul searched the ground floor "in a matter of minutes."

Then, he followed him inside and all the way up the stairs to the second floor.

“He opened the first door in the hallway," Joe said. "He had his pistol in his right hand and he opened the door with his left and stepped into the room just past the threshold and he turned on the light and someone was in the room.”

It was not Lauren.

It was Ashley Van Hemert.

Joe added he was standing beside his father as Paul DeWise moved on to the next bedroom.

"It took just seconds," Joe said. “He didn’t turn the light on and I heard my stepmother gasp and then he shot her multiple times. It was a terrified, cutoff gasp.”

Then, Joe said he was instructed to lead them out the way they came.

And then they drove home.

He added his father instructed him to remove his clothes and boots, take a shower and dispose of ammunition in a nearby park.

“He sat down on the couch with me and started telling me what to say and if I didn’t say certain things that he could get into a lot of trouble," Joe said. "I felt sick to my stomach."

Joe says Paul told him to say they had stayed home that night, watching TV.

And then, the next morning, Joe said Paul took him and his sister to church.

When police pulled them over on the way home, just outside of their driveway, Joe said he stuck to his father’s story.

“I was afraid of my dad and what he would do," Joe said.

Joe says he eventually told the truth, weeks later, with his mother at his side.

“I just gave them the story that I was told to tell," Joe said.

When the defense questioned Joe DeWise, they asked him further about the lie, about not telling police the truth sooner and about how he hasn’t been charged for his part in the crime.

They also questioned his own feelings against the victim.