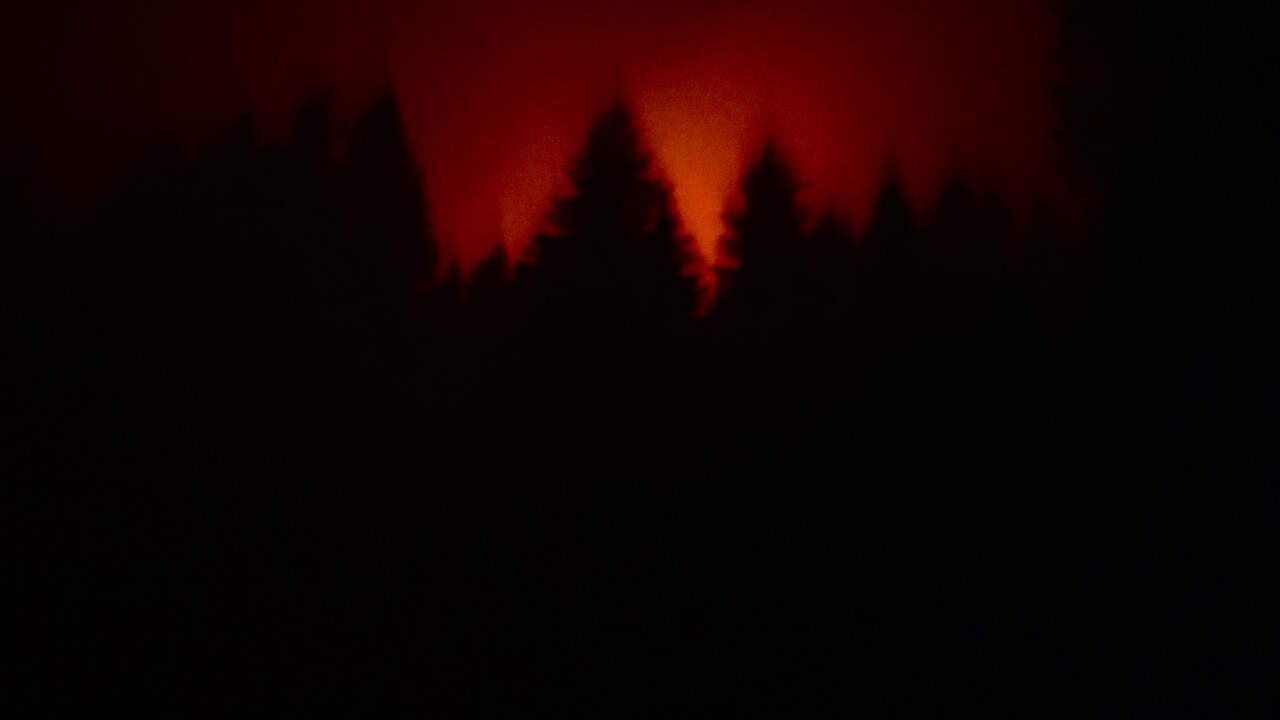 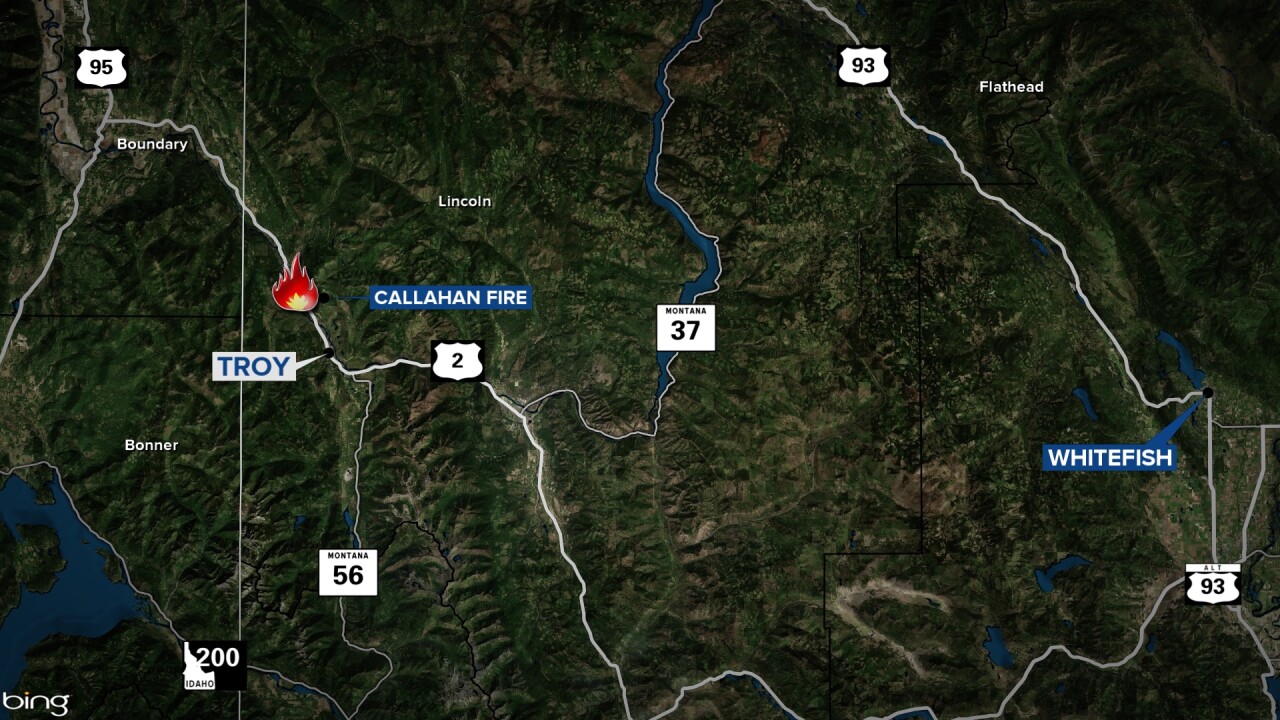 Fire officials say the Callahan Fire burning near Idaho is burning at 1,676 acres and is zero percent contained.

The Callahan Fire was detected on September 8, 2020 and is located on the Three Rivers Ranger District of the Kootenai National Forest in Bonner County, Idaho.

Thursday, engines and crews maintained hose lays and monitored the fire on the south end, successfully holding the fire north of road 4541 and trail 154. A hot shot crew sawed a line around the spot fire to the east while helicopters provided water bucket drops in an attempt to keep the spot fire from spreading.

Crews and heavy equipment will continue to improve potential fire lines north of the fire. Where safe and feasible, firefighters will engage the fire directly, working against the fire edge to build containment line.

The fire started approximately 9 miles southwest of Troy, MT in the steep timbered terrain of the South Callahan Creek area, south of Smith Mountain. The fire is burning in steep, rocky ground in an early 1990’s burn and is expanding into areas of continuous live and dead fuel, some of which has not had disturbance for approximately 70 years.

An emergency closure order is in effect for firefighter and public safety.